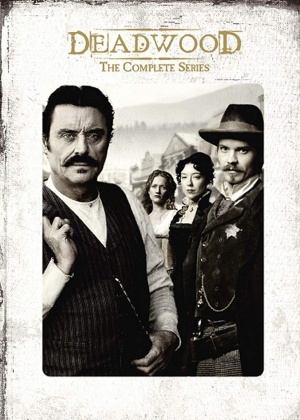 Deadwood is an HBO television western series that follows the evolution of the small town of Deadwood, South Dakota, during the time of the 1870's. The series, which was created by David Milch (NYPD Blue), also incorporated several well known Western figures of the era into its storyline. The series, which aired for 3 seasons on HBO from 2004 to 2006, featured a cast that included Timothy Olyphant, Ian McShane, Jim Beaver, Powers Boothe, and Paula Malcomson. The story would be continued in 2019 with the premiere of the film Deadwood: The Movie.

The following lists the films and series set in the universe of Deadwood: