Matthew McConaughey holds a Browning Auto-5 as Willis Newton in The Newton Boys (1998). 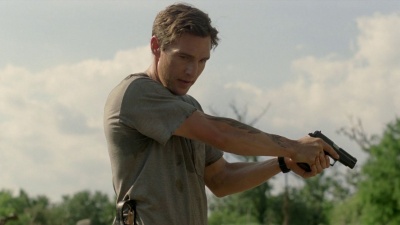 Matthew McConaughey is an American actor who is well known for his roles in such diverse films as U-571, Contact, Mud, Interstellar, and The Lincoln Lawyer as well as his lead role in Season 1 of the HBO series True Detective. In 2014, he received the Academy Award for Best Actor for his role in the 2013 film Dallas Buyers Club.