Killer Joe is the 2011 adaptation of Tracy Letts' 1993 play of the same name directed by William Friedkin and starring Matthew McConaughey, Emile Hirsch, Juno Temple, Thomas Haden Church and Gina Gershon. Although critically acclaimed, the film suffered at the box office due to it being rated NC-17 and Friedkin holding out on trimming the film down to an R-rating. An R-rated cut, which is four minutes shorter, was eventually released.

The following weapons were used in the film Killer Joe: 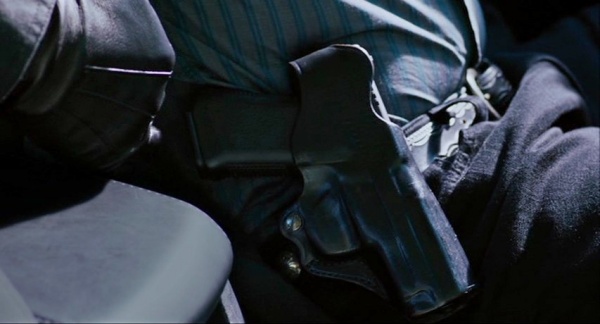 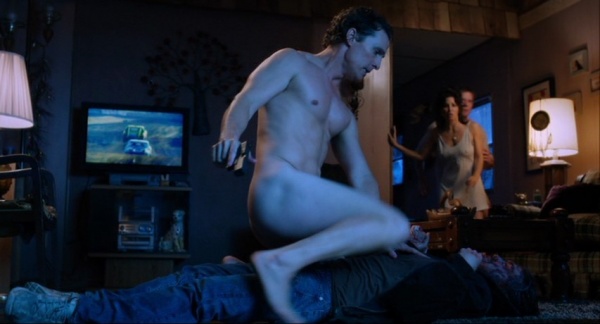 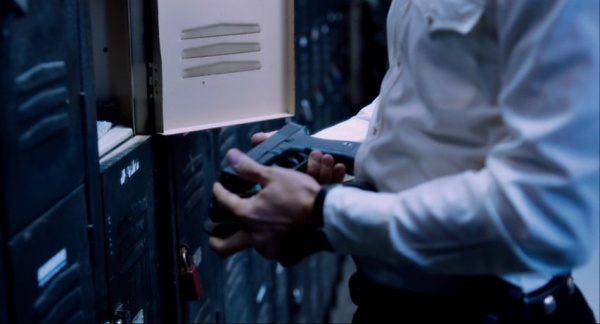 Joe takes his service weapons out of his locker. 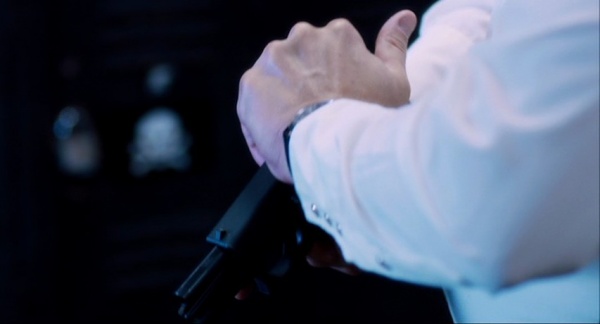 Joe chambers a round.

Chris Smith (Emile Hirsch) buys an M1911A1-type pistol with adjustable sights. He drops it while confronting Joe, and his sister Dottie (Juno Temple) picks it up. 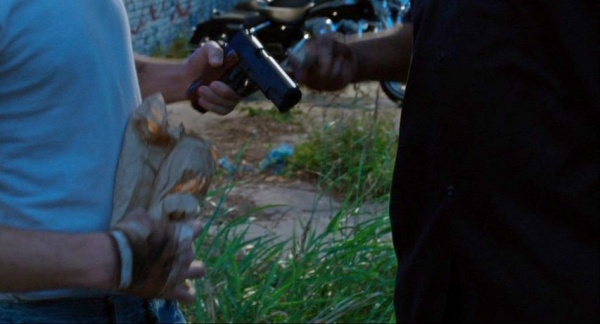 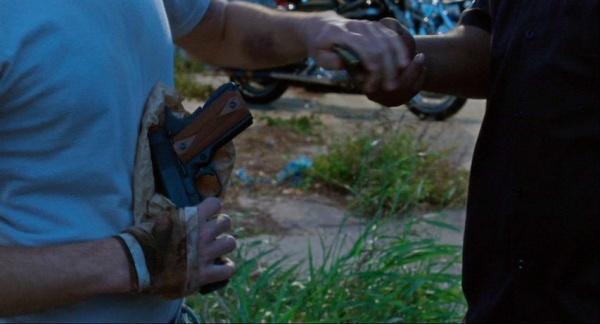 A good shot of the grips and the vertical slide serrations. 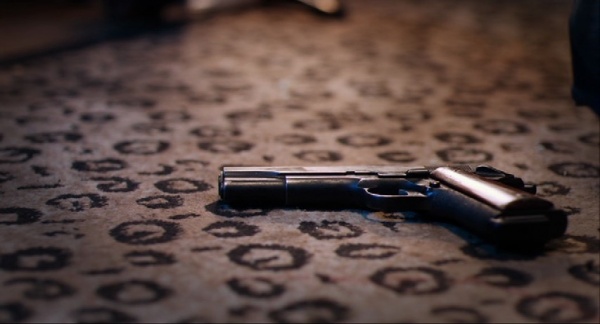 The M1911A1 dropped on the floor. The magazine butt pad can be seen here as well. 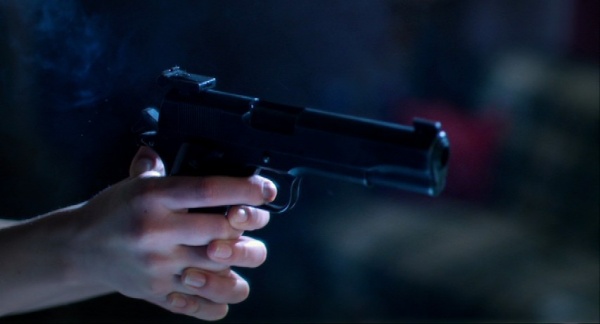 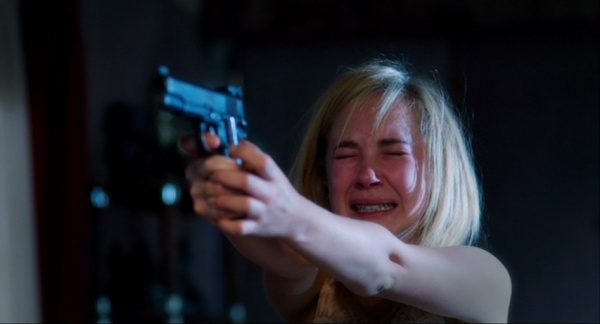 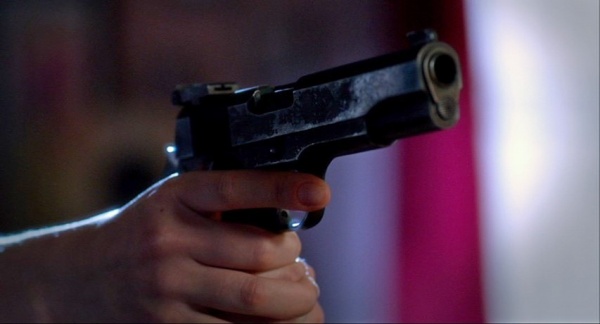 Although moments later, her grip has considerably improved.

A Colt Official Police revolver is seen fired on a television screen. This is from the 1954 film Jail Bait. 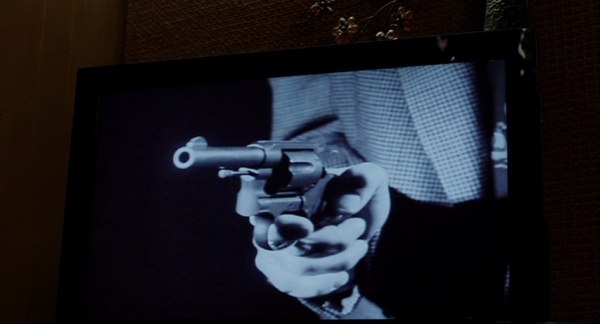