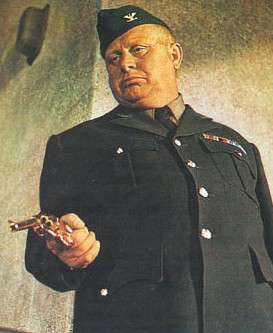 Gert Fröbe is a German actor and violinist who appeared in over one hundred (mostly German language) roles throughout his career. He is most known to English-speaking audiences as Auric Goldfinger in Goldfinger, General Dietrich von Choltitz in Is Paris Burning?, and Baron Bomburst in Chitty Chitty Bang Bang. As Fröbe spoke little English, his roles in English language films were often dubbed.