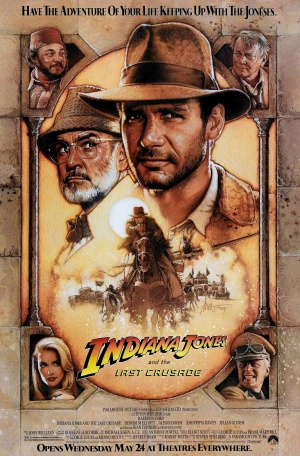 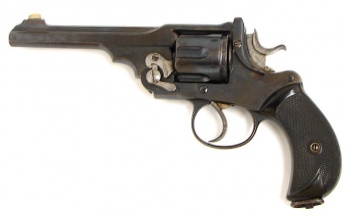 Indy opens fire with the MP40. Note that Harrison Ford is shooting left-handed because he disarmed the SS soldier awkwardly.

In the scene where Indy and his father escape the Zeppelin, they are attacked by 2 German fighter airplanes. Indy's father uses a Villar Perosa M1915 SMG mounted on the biplane to try and hold off the fighters, but accidentally shoots the biplane's tail. While the gun is clearly SUPPOSED to be a Villar Perosa Mod 15, the actual prop used was built by mating two upside-down Beretta Model 38/42 submachine guns. This explains the straight magazines (though, to be fair, such were also used with some variants of the Villar Perosa) and why it really doesn't look too much like a Villar Perosa. 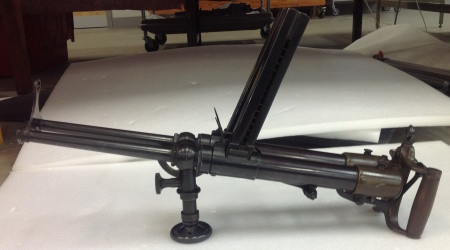 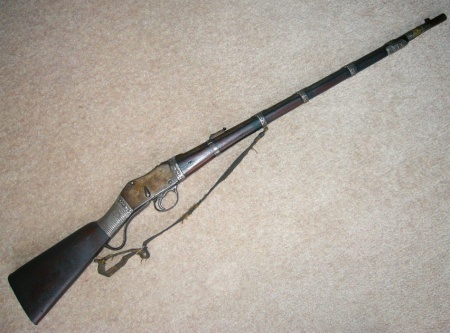 A Mark VIII Liberty Tank was built from a 28-ton excavator chassis and fitted with a top-mounted turret containing a "6-pound gun" (57mm) according to Indy.

Surprise! The sun is now at their backs... (note the shadow off the rocks).
Retrieved from "https://www.imfdb.org/index.php?title=Indiana_Jones_and_the_Last_Crusade&oldid=1504084"
Categories: