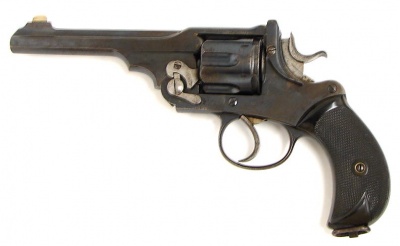 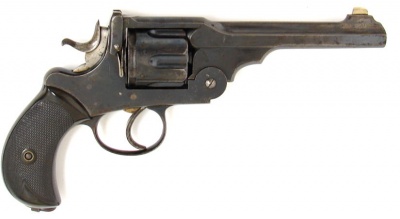 The Webley "WG" Army Model (the 'WG' for "Webley Government", but often incorrectly referenced as "Webley-Green") is a break-top, auto-extracting revolver, with six-inch barrel. It saw manufacture in the late 1890's. Despite the "Army Model" imprint (found on the bridge above the cylinder), the WG was not an official British service revolver, but rather a commercial version chambered for the .455 Webley service round, that would be available for private purchase by British military officers.

The Webley "WG" Army Model and variants can be seen in the following films, television series, video games, and anime used by the following actors: