High Noon Part II: The Return of Will Kane 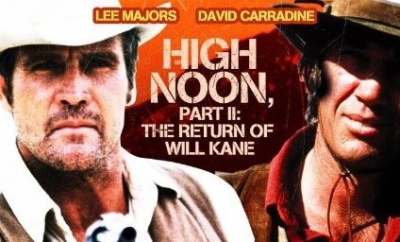 High Noon Part II: The Return of Will Kane is the 1980 television film sequel to High Noon (1952). The sequel finds Will Kane (Lee Majors) returning to the town he left a year earlier and finding that he must once again face down an enemy that has terrorized the town's citizens. The cast included David Carradine, Pernell Roberts, and J.A. Preston and the sequel's screenplay was written by famed novelist Elmore Leonard.

The following weapons were used in the film High Noon Part II: The Return of Will Kane:

Will Kane (Lee Majors) uses a Single Action Army as his sidearm in the film. 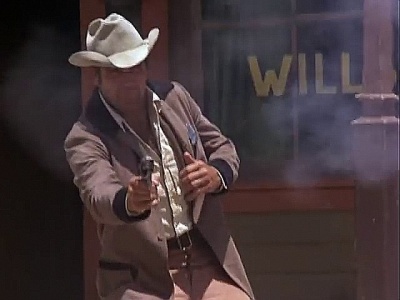 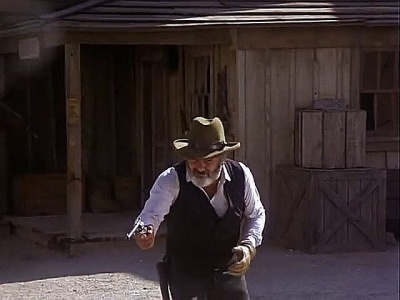 The Winchester Model 1873 rifle is used by Marshal J.D. Ward (Pernell Roberts). The rifle appears to be missing the wood foregrip and the barrel has a more iron finish in what is likely an attempt to make it resemble an Iron Frame Henry 1860 Repeater. 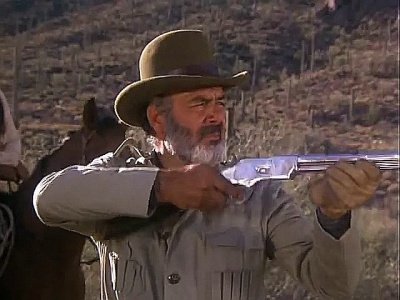 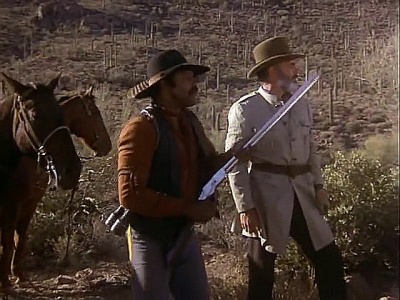 What appears to be a Spencer 1860 Carbine is used by both Ben Irons (David Carradine) and Will Kane (Lee Majors).

Note that in this pic the rear sight is set for maximum elevation, in reality, most of the time, it is folded into the down position 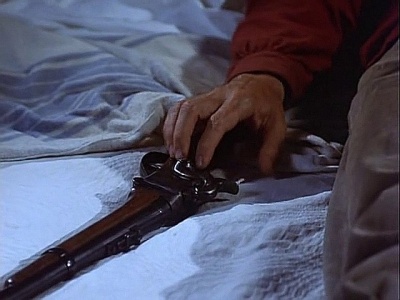