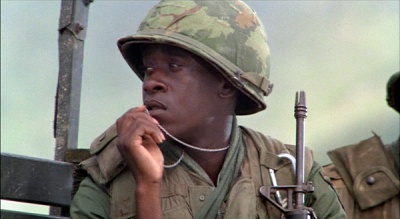 Don Cheadle is an African-American actor well known for his role as Colonel James "Rhodey" Rhodes in several productions within the Marvel Cinematic Universe. He also has appeared in such diverse films as the Ocean's feature trilogy, Colors, Hamburger Hill, Boogie Nights, Traitor, Crash,Traffic, and Hotel Rwanda, a role for which he received an Academy Award nomination for Best Actor. In addition, he has had starring roles in such television series as House of Lies and Black Monday. He returned to the MCU to voice James Rhodes in the Disney+ animated series What If...?.