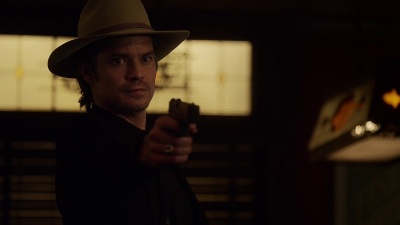 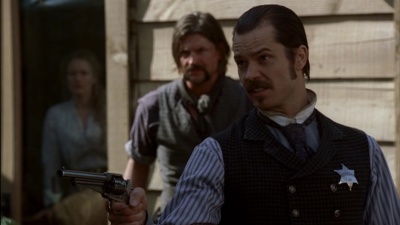 Timothy Olyphant is an American actor well known to television audiences for his roles as Deputy U.S. Marshal Raylan Givens in the FX series Justified as well as Seth Bullock in the HBO series Deadwood. He also has starred in such films as Gone in Sixty Seconds, Live Free or Die Hard, and A Perfect Getaway as well as appeared as Agent 47 in the 2007 feature film adaptation of the videogame Hitman.