NOTE: Some films and television series will often use a Browning M2HB or an M60D mocked up to resemble the DShK. Please be sure that the weapon is a genuine DShK and not another weapon mocked up as one.

The original DShK - 12.7x108mm. Note the round shape of the feeder cover and the different shape of the muzzle brake. 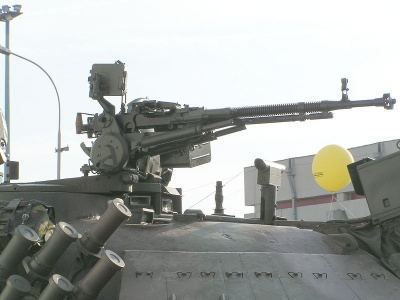 The DShK heavy machine gun and variants can be seen in the following films, television series, video games, and anime used by the following actors: