Alec Baldwin with a Colt MK IV Series 80 Combat Elite as Doc McCoy in The Getaway (1994). 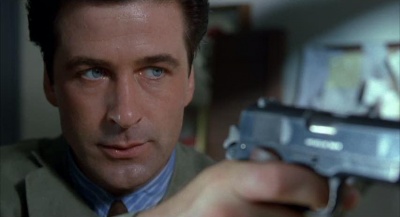 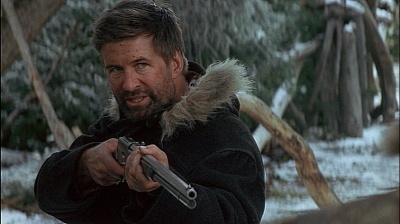 Alec Baldwin is an American actor who is well known for his roles in such films as The Hunt for Red October, The Getaway and Miami Blues in addition to his role as Alan Hunley in two Mission: Impossible films. He also is known to television audiences of his role as Jack Donaghy in the series 30 Rock. He also is a member of the famous Baldwin acting family, which includes his brothers Daniel Baldwin, William Baldwin, and Stephen Baldwin (but not Adam Baldwin).

In October of 2021, during the production of the feature Rust, an accidental firearms discharge by Baldwin resulted in the death of cinematographer Halyna Hutchins and injury of director Joel Souza.