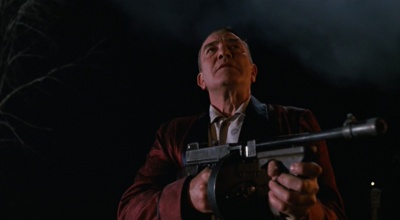 Albert Finney with an M16 as Dewey Wilson in Wolfen.

Albert Finney (1936–2019) was a British character actor known for his roles in such films as Wolfen, The Bourne Ultimatum, The Bourne Legacy, and Skyfall. He was nominated for five Academy Awards, for his roles in the films Tom Jones, Erin Brockovich, The Dresser, Under the Volcano and for his portrayal of Hercule Poirot in Murder on the Orient Express (1974). He passed away in 2019 at the age of 82.