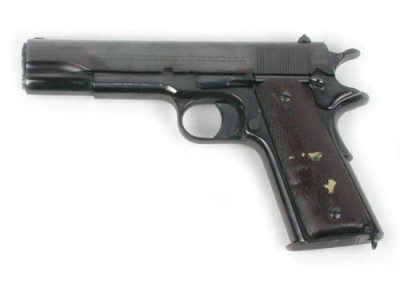 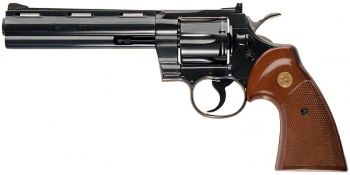 Rudy tries to double-cross Doc at the rendezvous point. 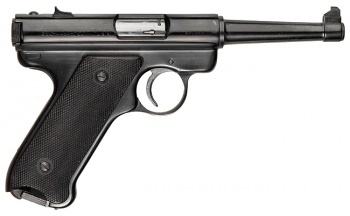 In a continuity error, we see that Rudy's Colt Python is replaced by a Colt Trooper Mk III in a few scenes at Laughlin's (Dub Taylor) hotel. Cully (Roy Jenson) also has a Trooper during these scenes. 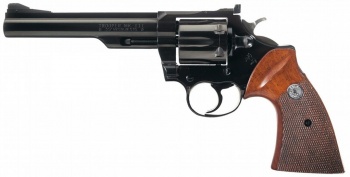 One of the cowboys assisting Cully and his men is armed with a first generation Colt Detective Special.

Cannon (Jim Kannon), one of the cowboys during the hotel shootout uses a Smith & Wesson M76.

Doc McCoy (Steve McQueen) goes into a gun shop to buy a 12 gauge pump shotgun and is given a High Standard K-1200 Riot Standard Shotgun by the shopkeeper (Bruce Bissonette).

One of the Texas policemen at a road block carries a hammerless double-barreled shotgun.