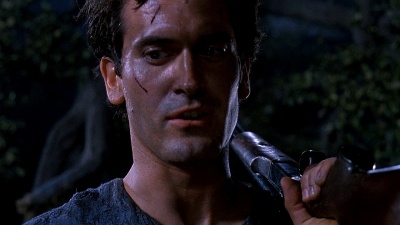 Bruce Campbell holds a 12 Gauge Double Barreled Side by Side Shotgun as Ash in Army of Darkness (1993). 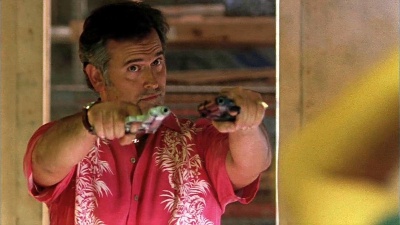 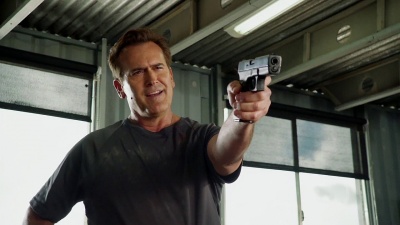 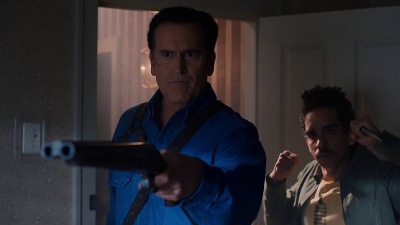 Bruce Campbell holds a 12 Gauge Double Barreled Side by Side Shotgun as Ash in Ash vs Evil Dead (2015).

Bruce Campbell is the American actor well known for his role as Ash Williams in the original Evil Dead film trilogy and its STARZ television series adaptation in addition to his role as Sam Axe in the USA Network series Burn Notice. He has since collaborated with Evil Dead director Sam Raimi on several subsequent films, including the Spider-Man film trilogy. In addition to his many B-movie acting roles, Campbell also directed and starred as himself in the self-referential horror comedy My Name Is Bruce.