Evil Dead II is the 1987 sequel to The Evil Dead. Bruce Campbell returns as Ash and Sam Raimi returns as the director. The original trilogy of films would be completed with 1992's Army of Darkness and the story would be loosely continued in 2013's Evil Dead.

The following weapons were used in the film Evil Dead II:

Ash (Bruce Campbell) uses a Double Barreled Shotgun to defend himself from the evil dead. The gun is later used by Jake (Danny Hicks) to persuade Ash and Annie (Sarah Berry) to help him find Bobby Joe (Kassie Wesley DePaiva). Near the end of the film, Ash shortens the shotgun's barrel so he can use it to fight Annie's possessed mother (Ted Raimi). This is also the birth of Ash's famous 'Boomstick', although that nickname would not be made until the next film Army of Darkness. 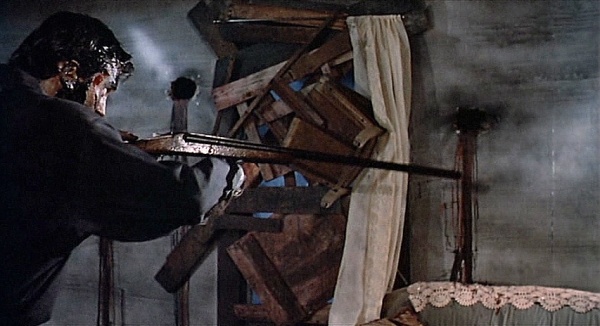 Ash (Bruce Campbell) with the shotgun in the cabin. 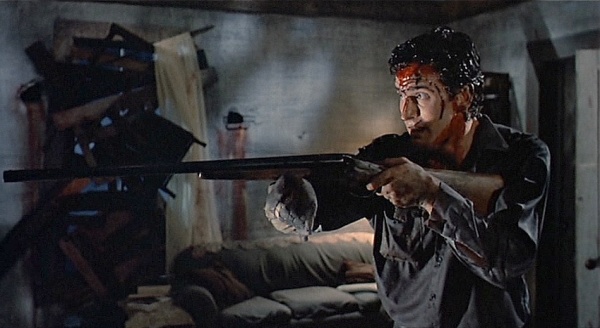 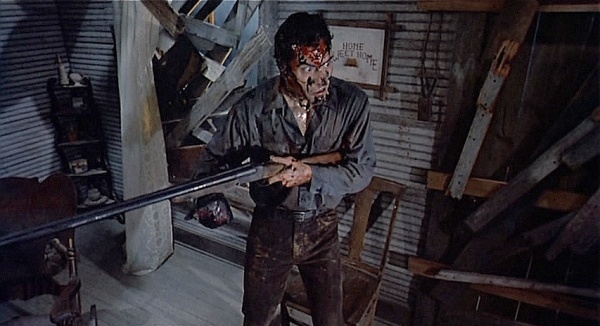 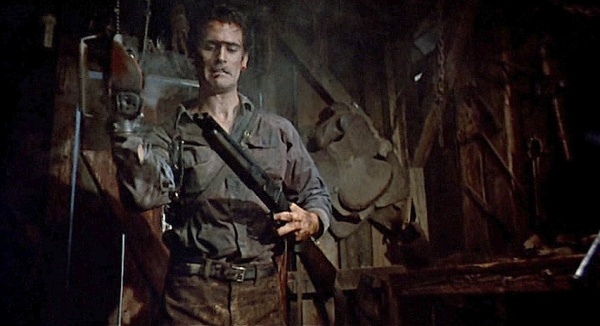 Ash uses his chainsaw to saw off the barrels. 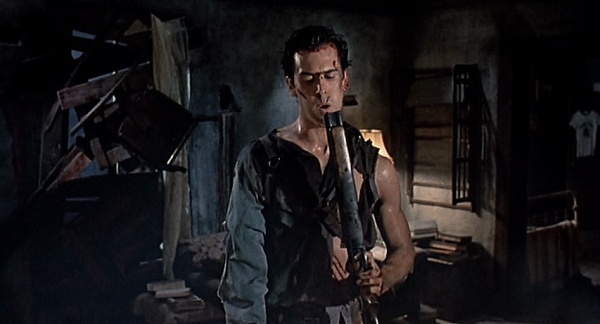 "Groovy..." Bruce Campbell would parody this line in the 2011 film Burn Notice: The Fall of Sam Axe. 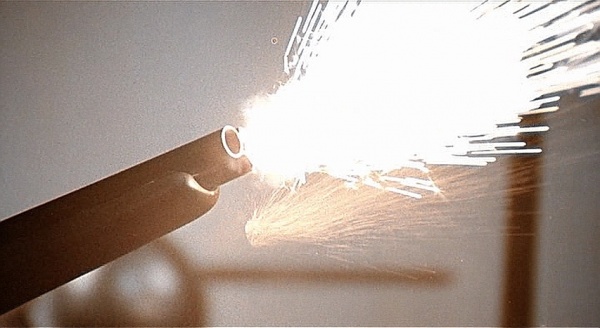 Closeup of Ash firing the shotgun. 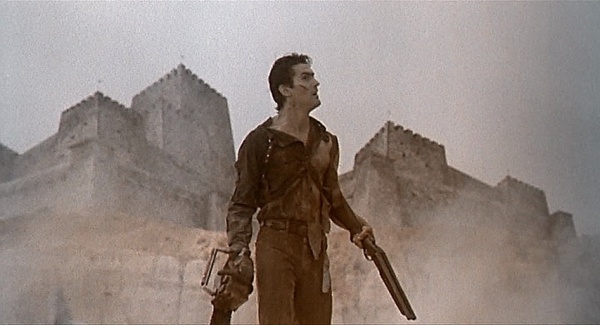 Ash with the sawed-off double barrel shotgun when he realizes what has happened to him.
Retrieved from "https://www.imfdb.org/index.php?title=Evil_Dead_II&oldid=1031720"
Categories: