So hyped for this game I decided to take a look at the weapons seen in the Gameplay Reveal Trailer and make a page here. All screenshots, except for two, are straight from the trailer and lack some quality. Some unknown / unidentified weapons. --CnC Fin (talk) 08:20, 28 April 2015 (EDT)

Unknown rifle looks like an ACR, M60 looks more like a PKM (in particular it has a PKM belt box), Vector is probably that shorty KRISS SDP and wouldn't actually work because it doesn't have the bolt recoil path channel (or rather it does but they're using it as the magwell), end of the minigun is taken from a GAU-8 (!) Evil Tim (talk) 08:56, 28 April 2015 (EDT)

The frankenSVD looks like a hybrid thingy of Zastava M76 and SVD, and I think the last is a Micro Galil with a longer barrel, or at least has the front and rear sight of a Micro Galil. --CnC Fin (talk) 02:21, 29 April 2015 (EDT)

This is Just Cause 3 (trailer) weapons

Here's the newest trailer https://www.youtube.com/watch?v=ggKKCyJXHOA and it shows a bunch of new weapons. I admit that I tend to suck at ID'ing some pistols and revolvers, so I thought I'd put them here in case someone can ID them. 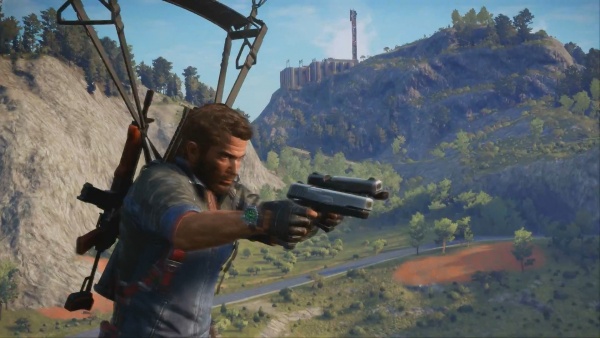 I think these look like USP Match minus the compensator 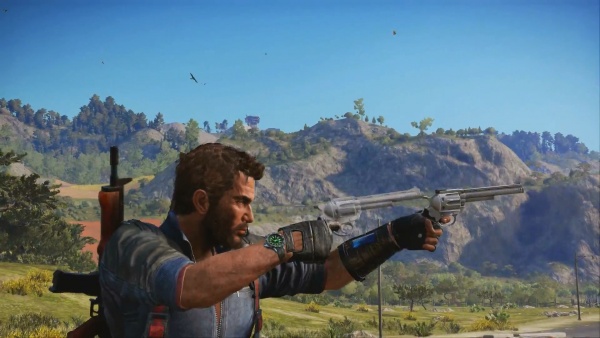 Except for the sniper/rockets page.

I say that because of the Orange Wood and it's over all shape. I'm kinda confident on this guess, what do you think?

Not even close. I'm think, IMHO, that they were inspired by this. But taking into account that the real VZ.58 is only similar to AK, while the gun in the game has an original AK right-position fire selector and bolt. And, of course, the magazine receiver is not from AK guns at all. --Slon95 (talk) 12:14, 21 June 2018 (EDT) 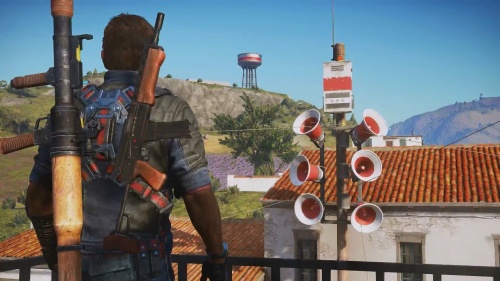 A "U-39 Plechovka" on Rico's back, alongside a slightly malformed RPG-7. 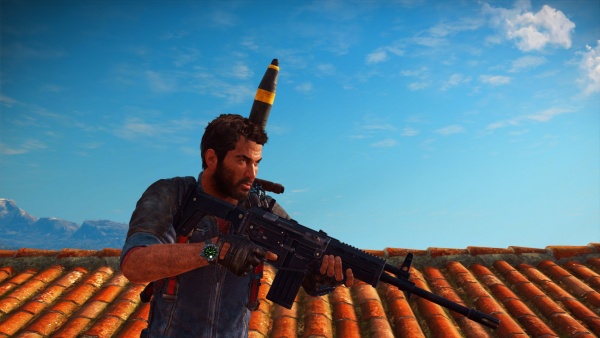 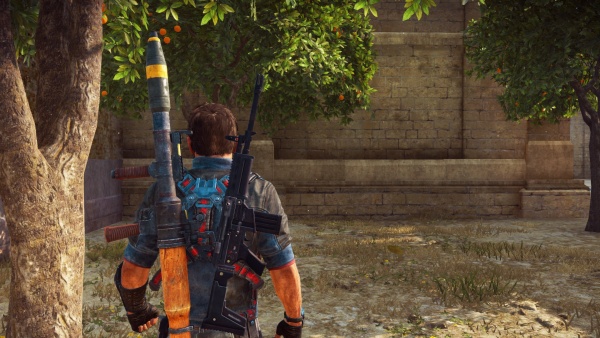 Can anyone spot some more similarities to other AR's on the "Predator"? Some parts remind of the SCAR while others look like parts from an AR-15. The general profile of it reminds me of the ARX-160 for some reason, even though it doesn't actually look like that AR at all.--AnActualAK47 (talk) 14:28, 3 December 2015 (EST)

So i was wondering, wasn't the Final Argument sniper supposed to fire explosive shots? Also, I'm hearing a whole lot about bad performance even on good rigs and bugs, but so far i haven't had a single problem with the game, anyone here who got problems running it?--AnActualAK47 (talk) 21:50, 3 December 2015 (EST)

It does make a hell of a noise when it fires, but it doesn't explode. And I haven't had any issues other than the mandatory SLI flickering, which should go away with the next Nvidia driver, and that when it loads up it's under the taskbar and needs to be re-set to fullscreen, which isn't really much to complain about. Most people complaining seem to be using AMD cards, and you'd think they'd have learned by now. Evil Tim (talk) 21:56, 3 December 2015 (EST)

Should the weapons on the page be named after their closest IRL counter-part or the name they have in-game?--AnActualAK47 (talk) 22:38, 10 December 2015 (EST)

Depends how close they are to their real life counterpart: if it's just "this" or "this, with a tiny bit of this" use the real name, if it's a full-on hybrid you use the fictional name in quotes because the weapon doesn't have a real name. Evil Tim (talk) 22:56, 10 December 2015 (EST)

If you take the carry handle off it more or less just is an SVU, though: receiver and stock are the same, magazine is the same, it has the same high front sight (though the sight itself is wrong), etc. Look at the first picture. Evil Tim (talk) 23:02, 10 December 2015 (EST)

Unless someone objects to it, i'll remove the entry about that thing. It's not a firearm but rather some kind of laser marker thing that's used to call in (rather shitty) airstrikes. It also doesn't even look like any firearm i can think of, so i don't see the point of having an entry about it.--AnActualAK47 (talk) 09:27, 1 January 2016 (EST) 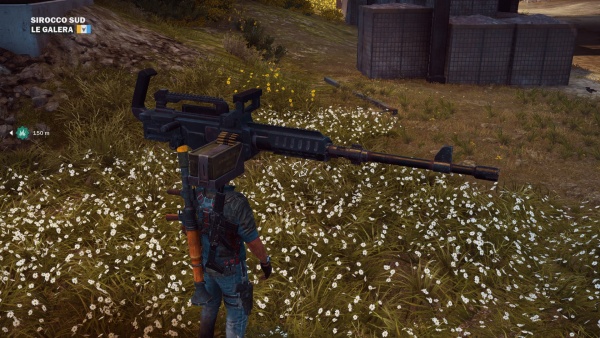 Figured I'd post this somewhat decent shot of the machine gun that forgot to despawn with whatever vehicle it was attached to. Charging handle vaguely resembles that of a Mark 19.AgentGumby (talk) 22:15, 19 January 2016 (EST)

Based on that image it looks like it is built up from an M2HB. The charging handle is a pretty close match along with the pins that it stops/cams against, the track for the charging handle riveted onto the side looks like it is from an M2HB, and it has the rear mounting point on the bottom of the receiver. The scope rail also appears to be based on a G36C rail. --commando552 (talk) 06:08, 11 February 2017 (EST)