Desert Eagle is a Non-Gun

Just watched the film, and they crammed a perfectly working Beretta 92 in the center of the dummy sides. You can see the hammer when he holds it on that guy from spider man in the opening, and later you can see it in the center between the two sides. It's a BFA beretta in there.--James3 21:58, 6 May 2011 (CDT)

In the pic it does look like a reflection, but the barrels are actually between the window frame, the reflection is below it.

Just thinking about this movie in general makes my head hurt, but that... double-barreled Desert Eagle (man was that hard to type) just makes everything that much worse. Atypicaloracle

...probably would work the same as a double barreled shotgun-brendan r.-

....i mean it would have two separate triggers and you could fire one or two bullets at a time

No but how would it feed, please think about it. Two barrels, one magazine. Do you understand how magazine fed weaponary works? --Captain Snikt 12:56, 27 October 2010 (UTC)

It's like they said "hey, what if we made a gun that worked like a Neosetead in reverse!" I know that movies tend to disregard physics via Rule Of Cool, but this is just nauseating.--PistolJunkie 19:59, 27 October 2010 (UTC)

The only way it would work relatively easily would be single loaded barrels like the Thompson Contender. Then a two stage trigger and Ta-Dah! Instant cool and useless gun! :) MoviePropMaster2008

"The guns reflection, on the paint"? What the hell is that supposed to mean? Did you even look at the linked image?--PistolJunkie 17:57, 3 November 2010 (UTC)

Orita - Its not, the reflection is just below, check the link above and try reading something before making yourself look stupid, just like the abomination of a pistol--Captain Snikt 23:16, 3 November 2010 (UTC)

It could work if it was a metal storm gun, but I doubt that's what there were going for.

the prop itself could be a ordinary black firing pistol is a large shell. the tubs attach to the black guns muzzle would direct the gasses out the two fake barrel. the two fake sides could also be attached to the blank guns side. making the illusion that the gun is being fired. Rex095

Hey, is that the guy who played the lead nazi in Inglorious Basterds? BeardedHoplite 01:06, 4 November 2010 (UTC)

Ci, it's Christoph Waltz. Also, is there another shot that we can upload of this... thing (I presume that since no one has done it already that we can't use the one that's been linked to) so that morons who are too lazy to click the damned link will stop posting "iz a reflecton!!!11!1!One!"?--PistolJunkie 04:42, 4 November 2010 (UTC)

Well this would have been avoided if another image would have been in use. Its not that hard to add an image. The one used on the page leaves everything open to interpretation. And links....theres no statement in the Rules, Standards and Principles that I should click links, but there is something about insults. --Orita Md.41 08:40, 4 November 2010 (UTC)

The image on the link is copywrighted so cannot be used on the page, hence the link, i think the actual image is the only shot of the gun seen in the trailer. And I only said you make yourself look stupid, not you are stupid, theres a difference --Captain Snikt 12:52, 4 November 2010 (UTC)

And there is also a difference when you call someone a moron. Ok I acted stupid, because I dont give much notice to links exept on discussion pages or on the top/bottom of the page. The angle from wich the picture is taken is rather confusing, so I didn`t give credit to the description. Hope this clears it up.

But that link is in the discussion page in the second post in the conversation. And I know perfectly well that it's possible to upload images to this site; I've built several pages with images. The fact of the matter is that it is unbelievably obvious that the link is an important piece of information, and people continue to deny common sense and presume that it has no bearing on what they're reading, then smart off about how the information is wrong without checking to see what it is that they're missing. It happened enough times that the admins had to lock the page from anons.--PistolJunkie 21:34, 4 November 2010 (UTC)

anyone actually ever consider that it's a movie... like, not real at all, so sometimes you get a weapon for visual effect? Thought not. Kode 38

The MST3K Mantra only works if something isn't so over-the-top ridiculous and impossible that it shatters all willing suspension of disbelief. Like this thing. While most viewers might just think this is something cool, everyone here is a firearms enthusiast, so one look at this thing turns our WSD into tiny, sad little shards.--PistolJunkie 16:13, 5 November 2010 (UTC)

It makes me sad that this is only the second most unlikely firearm I've ever seen. The first being Vincent Valentine's "Cerberus," a three-barrel, three-cylinder, three-hammer, one-trigger break-open revolver. God only knows what kind of super strength you'd need to pull the trigger or how often the watchmaker's nightmare inside would shit itself instead of cycling. Evil Tim 07:43, 7 May 2011 (CDT)

How the heck is James Franco in EVERYTHING? There's not a film I can watch without his ass being there. Don't get me wrong he's a great actor, but enough is enough. I've had it with these monkeyfighting snakes on this monkeyfighting plane! --Warejaws 10:42, 5 April 2011 (CDT)

Use of the TDI Vector

Can anyone identify this gun? It dosent appear anywhere on the Green Hornet page. 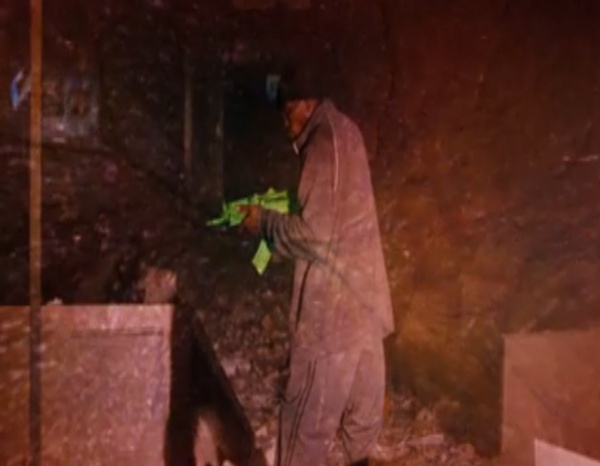 Awaiting a response and also theres another gun unidentified. The black beauty chase at the climax, one of Chudnofsky's goons drives in front of the black beauty while Kato goes to disable a minigun SUV and a goon fires what appears to be an AKM at the black beauty while at the same time, shattering the rear window of their car. There are no screenshots of it on the main page either.--Gunnerboy (talk) 21:12, 27 August 2013 (EDT)

Will these pictures qualify for the M4A1 section of the Green Hornet page? 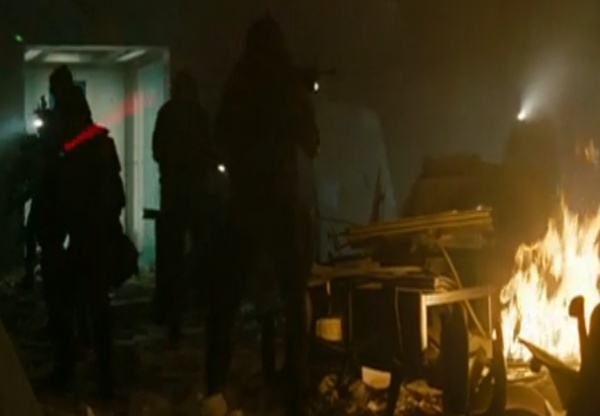 A SWAT officer points and fires his M4A1. 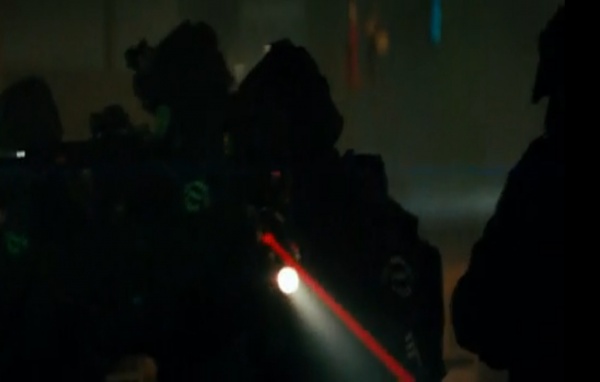 During the first chase (before the black beauty was made/born), an LAPD officer told them to pull over and Britt rammed their getaway car into the police cruiser. The cop used/fired 1 pistol round on them in a failed attempt to incapacitate them (due to the bulletproof glass). This pistol looked like a glock to me, but it (along with no available screenshots) never appeared anywhere on the main page. Can anyone identify it?--Gunnerboy (talk) 17:24, 31 July 2013 (EDT)