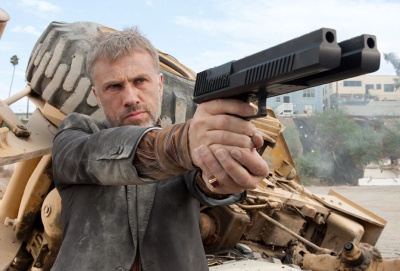 Christoph Waltz with a custom double-barreled handgun as Chudnofsky in The Green Hornet.

Christoph Waltz is an Austrian-German actor who has often appeared in villainous roles in such films as The Green Hornet, Spectre, and Horrible Bosses 2. He also received dual Academy Awards in the Best Supporting Actor category for his roles in two Quentin Tarantino-directed films, Inglourious Basterds and Django Unchained.