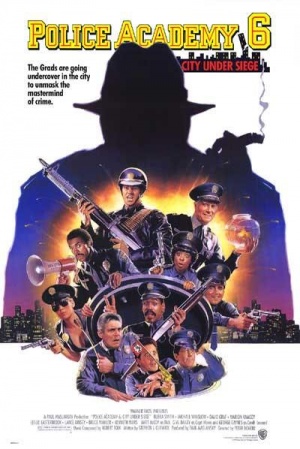 The following weapons were used in the film Police Academy 6: City Under Siege:

Officer Eugene Tackleberry (David Graf) uses an M16A1 with an underslung M203 to write Have A Nice Day on a corrigated wall. 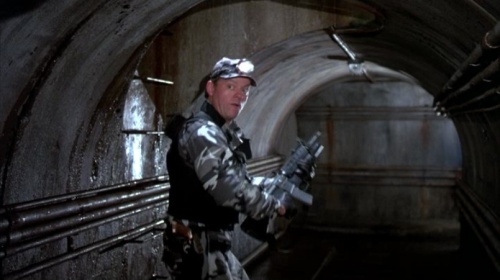 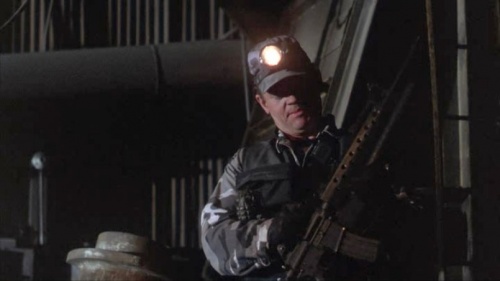 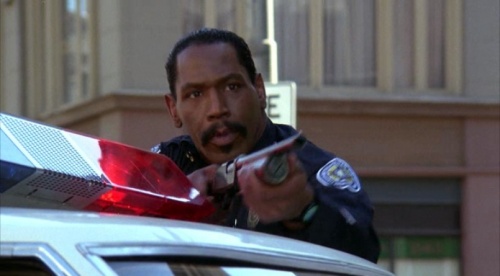 Ace (Gerrit Graham) is armed with a Walther P5. 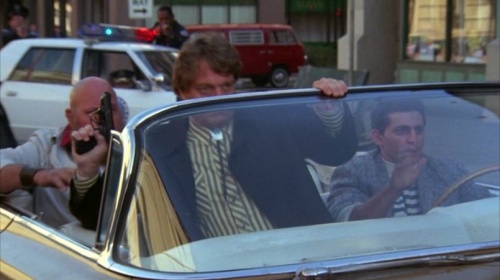 Ace (Gerrit Graham) is also armed with a Micro Uzi. 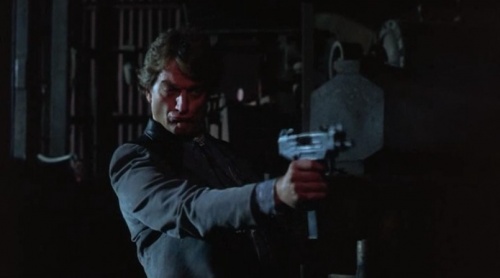 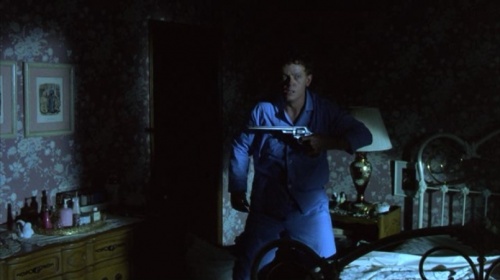 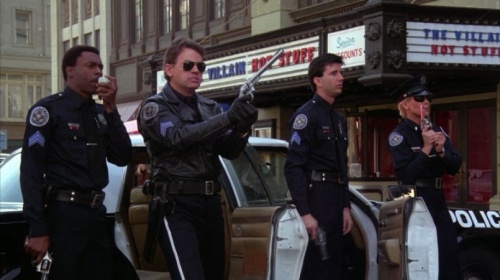 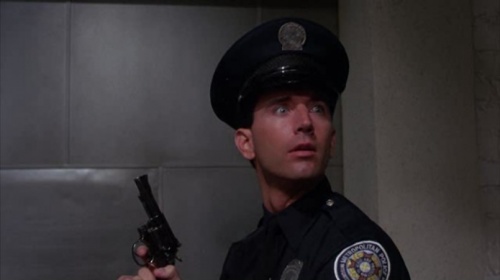 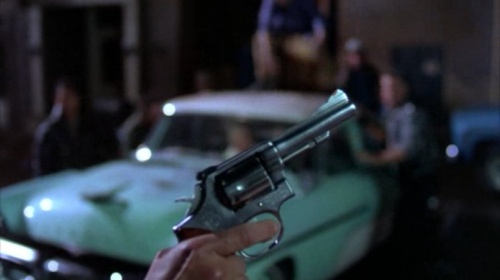 Seen in the bar investigation scene. 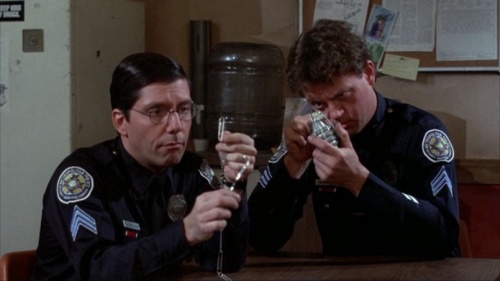