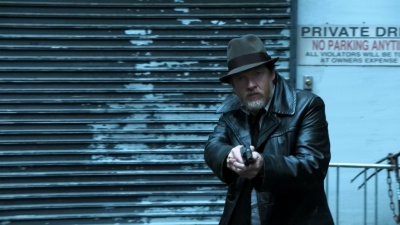 Donal Logue is an American actor who has appeared in such films as Blade, Gettysburg, The Patriot and such television series as Terriers, Law & Order: Special Victims Unit and as Detective Harvey Bullock on Gotham. He is also the brother of actress Karina Logue.