Dino Crisis is a 1999 video game developed by Capcom Production Studio 4 and released in 1999. Produced by Shinji Mikami, the game took inspirations from Resident Evil's RPG features such as item management and exploration. However, unlike other so-called "Resident Evil clones" that had been released since 1997, Dino Crisis instead relied on 3D environments as opposed to pre-rendered backgrounds, and a greater focus on physical puzzles to advance in the game. As horror-themed action-adventure gaming was still in its infancy, Dino Crisis rejected the label of "Survival Horror" in Japan, which was seen as merely a tagline for Resident Evil. Instead it was marketed as "Panic Horror" to demonstrate its uniqueness. However, due to the dominance of Resident Evil over similarly-styled horror games overseas, "Survival Horror" became accepted as the general name for the genre.

The game centers around an espionage team who must find a way to survive in a secret government facility that is being infested by time-displaced dinosaurs. The PlayStation version was met with a positive response from critics, while the Dreamcast and PC versions were criticized for not taking advantage of the respective platforms' superior hardware. While Dino Crisis did not achieve the same level of success Resident Evil did, it was popular enough to gain two sequels: (Dino Crisis 2 and Dino Crisis 3) and a light gun-based spin-off in Capcom's Gun Survivor series, known as Dino Stalker in America and Gun Survivor 3 : Dino Crisis in Japan. Capcom's Ace Attorney franchise would eventually reuse the fictional Borginian Republic the game is set in, albeit with a substantially altered geographic location.

The following weapons appear in the video game Dino Crisis:

The Glock 34 is Regina's handgun of choice in Dino Crisis. Regina begins the game with this weapon by default, regardless of what difficulty the player has chosen. Equipping the Handgun Slides will convert it into the Glock 35, enabling the use of the more powerful 40 S&W caliber rounds. 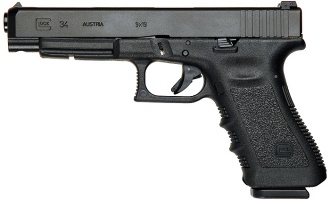 The Glock 34 in Dino Crisis 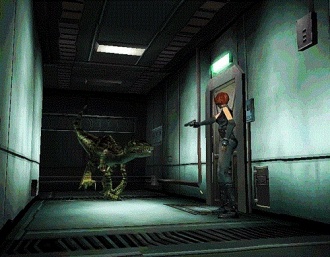 Regina aims the Glock 34 at a Velociraptor 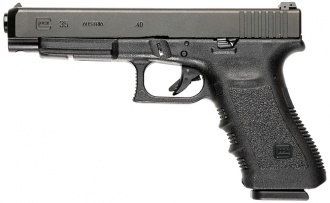 The Glock 35 in Dino Crisis

Tom, an agent of the Secret Operation Raid Team, uses an Ingram MAC-10 as a self-defense weapon. Unfortunately, it is unavailable to the player. 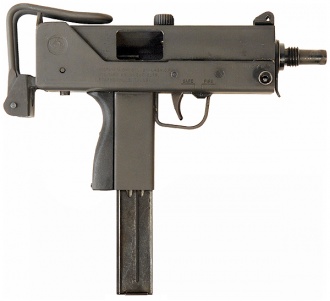 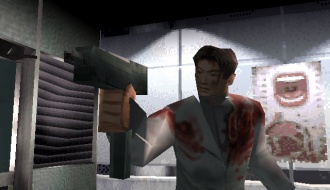 A Franchi PA3/345 is Regina's shotgun of choice in the game. It is known as "Shotgun Model PA3." The PA3 variant used in the game appears to be the PA3/345 variant, identifiable by its 345mm (13.6") barrel and 5-round capacity. It can be upgraded by finding the Shotgun Parts in order to fully convert the PA3 into a SPAS-12, something which would not be possible in real life. The Franchi PA3/345 can be found in the inventory at the beggining of the game if the player is playing on the Easy Mode difficulty. On other difficulties, it can be found inside the Management Office, early on inside Facility 1F. 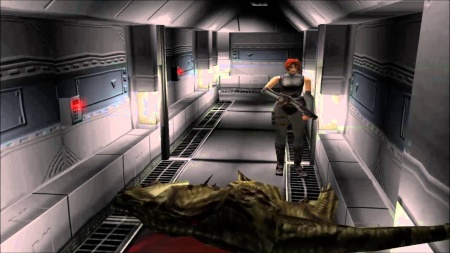 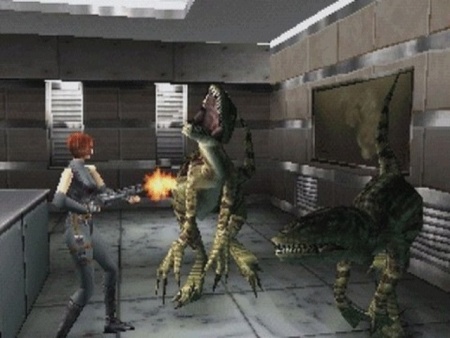 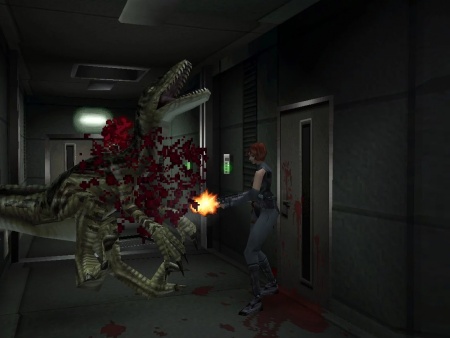 The Franchi SPAS-12 shotgun is referred to as the "SPAS12" in-game, and is available after finding the Shotgun Parts and upgrading the Franchi PA3 (something not possible in real life). Unless the Shotgun Stocks upgrade is equipped, the SPAS-12 will have an incredibly strong recoil, resulting in slow follow-up shots. Additionally, when the stock upgrade is equipped, Regina will aim the shotgun from the shoulder instead of firing from the hip.

The use of the SPAS-12 in the game is most likely a reference to the original Jurassic Park (1993), as it was notably used throughout the film by the main characters against the Velociraptors.

SPAS-12 in Dino Crisis, without stock

SPAS-12 in Dino Crisis, with stock 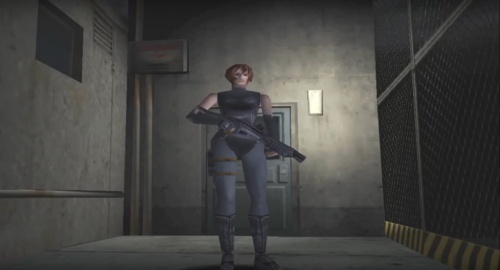 Regina wields the SPAS-12 with stock.

The HK69A1 is referred to in-game as the "Grenade Gun" (more specifically "40mmHK Grenade Pistol"), and is the strongest weapon in the game. Both Grenade Bullets and Heat Bullets are usable for this weapon. The Grenade Gun can be upgraded to the Custom Grenade Gun, which can fire 3 rounds before needing to be reloaded.

The Grenade Gun can be found in the inventory at start of the game if the player is playing on Easy Mode. On other difficulties, it can be found inside the Hangar, at the Facility Outdoors.

The HK69A1 in Dino Crisis 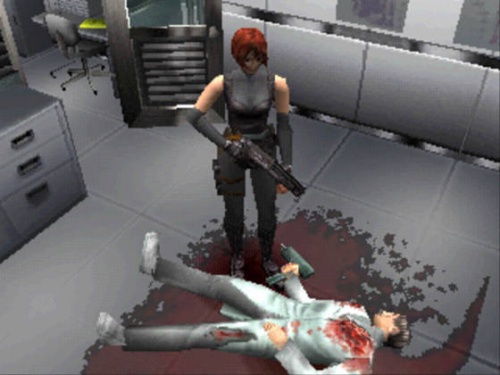 Regina stands over Tom's corpse as she wields the HK69A1

The Custom HK69A1 in Dino Crisis 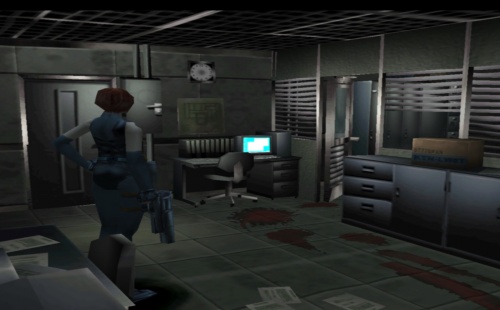