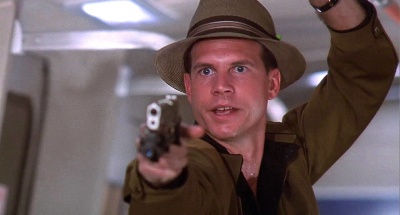 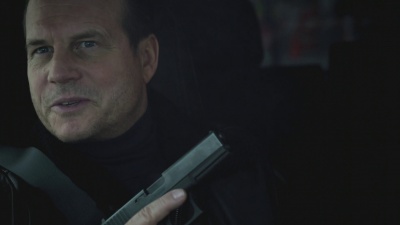 William Archibald "Bill" Paxton was an American actor/director who was well known for his wisecracking action roles in such films as Aliens and Predator 2. Aliens was one of Paxton's four feature film collaborations with director James Cameron (the others being The Terminator, True Lies and Titanic). Paxton bears the distinction of being one of only two actors whose characters have been killed by an Alien (in Aliens), a Predator (in Predator 2), and the Terminator (The Terminator - he's one of the punks in the beginning that the Terminator killed to get clothes). The other actor would be Lance Henriksen (though he had to wait until 2004's Alien vs. Predator to be killed by a Predator, and the android technically wasn't killed by the queen as Ripley deactivated him in Alien³.) In the following decades, Paxton continued to appear in various films such as Trespass, One False Move, Tombstone, A Simple Plan, and Edge of Tomorrow and directed several features, including 2001's Frailty. He also appeared in several television series, including Marvel's Agents of S.H.I.E.L.D., Big Love, and Training Day. He passed away on February 26th, 2017, due to complications from surgery.