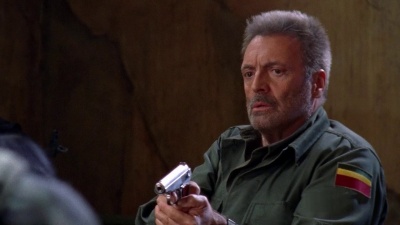 Armand Assante is well-known American character actor, who mostly plays villains and other tough characters. Among his best known roles were as Rico in Judge Dredd and as John Gotti in Gotti.