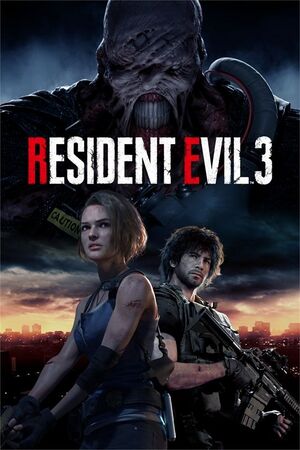 The Beretta 92FS appears in Resistance. 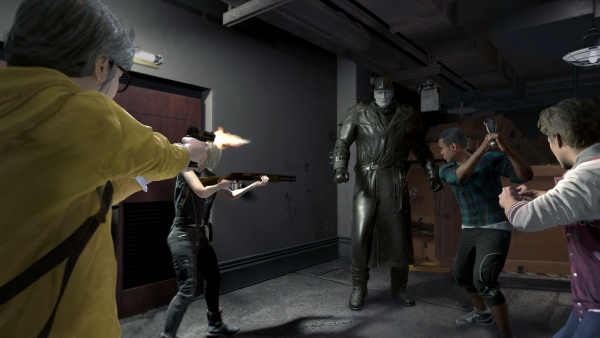 A survivor aims his Beretta at Mr. X. It seems to have some kind of emblem on the slide. 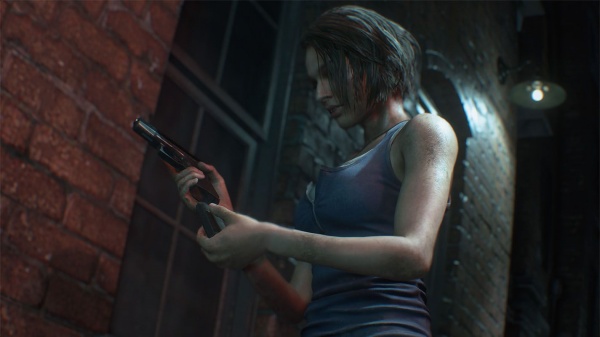 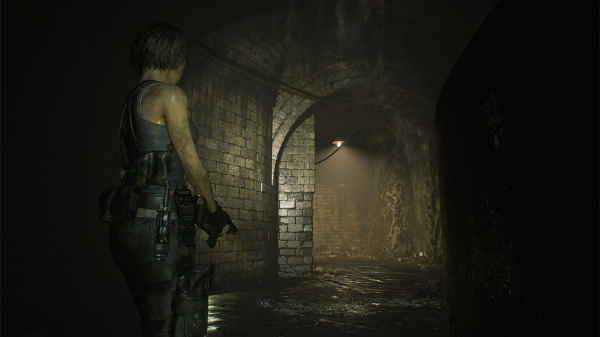 Jill in a sewer with her Glock, now equipped with an extended magazine.

The Heckler & Koch USP returns from RE2 Remake's 4th Survivor. 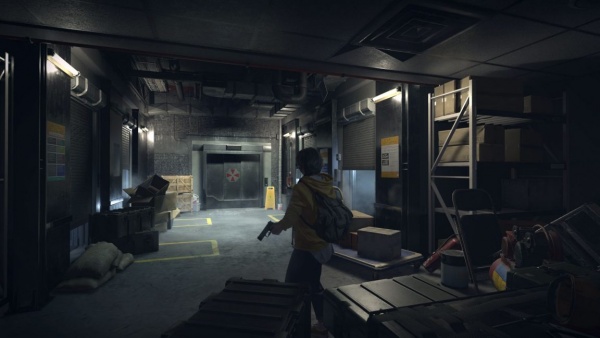 A survivor holds the USP.

Jill is seen using a Benelli M3 Super 90 modified with the collapsible stock of an M4. It may be modeled after an airsoft version of the M3 produced by CYMA. 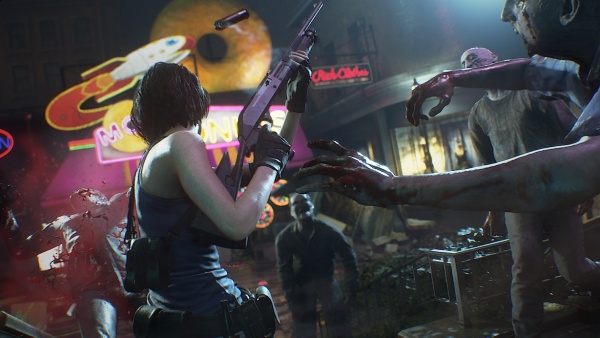 Jill on crowd control duty with the M3.

A Remington 870 appears in the game. 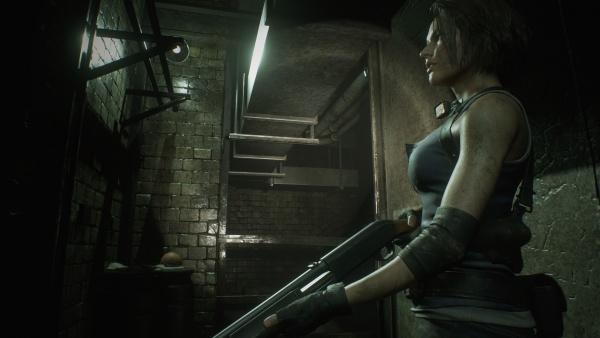 A survivor in the background aims a Remington 870 at Mr. X in Resistance.

The Heckler & Koch MP5A3 from the RE2 Remake returns in Resistance. 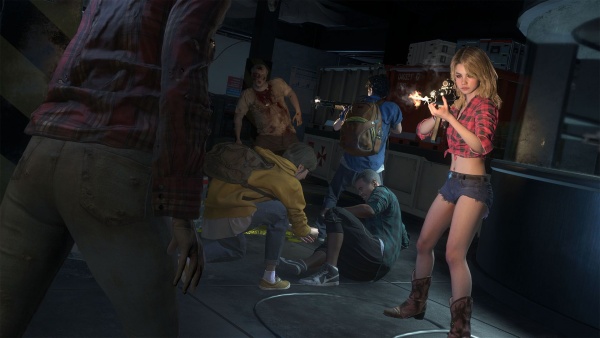 A survivor fires her MP5 at an approaching zombie while her companions try to recall where the General Lee is parked.

The Ingram MAC-11 from the RE2 Remake returns in Resistance. 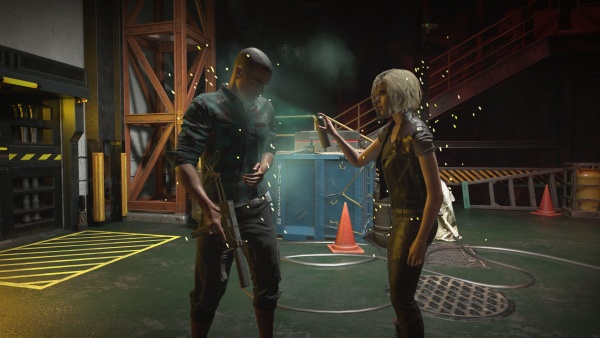 A survivor finds out that hair spray is decidedly less effective than firearms in her current predicament.

Carlos Oliveira is seen using a Colt Model 933, replacing his M4A1 from the original game. Its now also appears as the standard weapon of the UBCS.

As of the current trailers, the in-game version appears to use a Knight's Armament railed handguard with a vertical grip, and A2 rear iron sights. A bit of a radical (albeit much more sensible) shift from the excessively tacticool M4A1 from the original game. Oddly enough that in some posters Carlos' rifle has an Aimpoint on it like in the original. 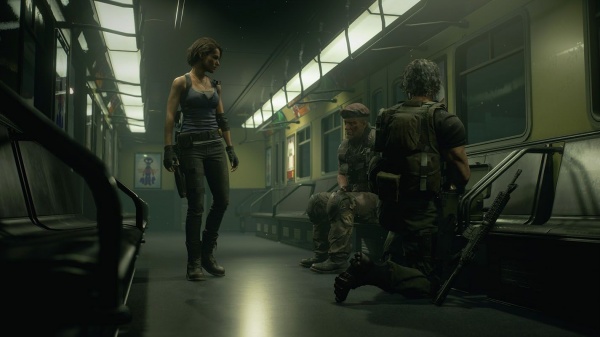 Carlos tends to Mikhail. His Model 933 is seen leaning against the tram seat beside him. Note unlike in the official poster, this rifle is missing the red dot. 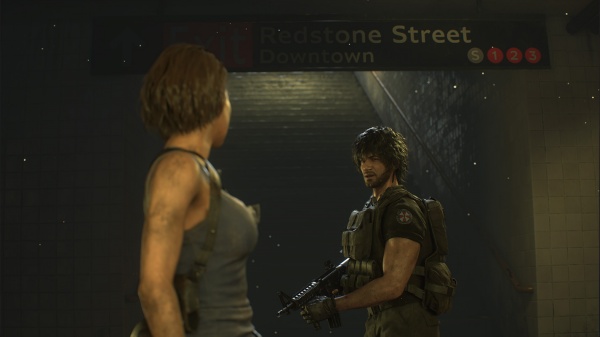 Carlos holding his Colt 933 while conversing with Jill. Despite the fact this is a remake still taking place in 1998, the man looks, sounds, and acts like he aged 20 years since the original game, then went back in to play his role. 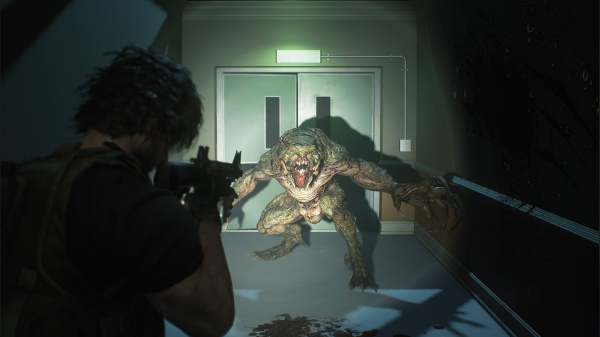 Carlos aiming his Colt 933 at a surprised Hunter. Though it looks like the light is coming from his weapon despite no electronic attachments visible on it, it's actually coming from flashlights that Jill and Carlos have attached to their clothing.

One of the Nemesis' new weapons to be revealed is a custom-made flamethrower. Due to his strength, he is able to wield it one-handed, in addition to a large fuel tank mounted behind him. 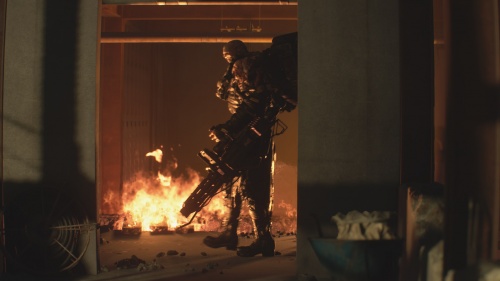 A pre-release screenshot of the Nemesis brandishing his new toy. We're starting to think he got sick of most of his one-shot attacks being easily evaded with a dodge-roll in the previous game.

Nemesis' rocket launcher has been given a facelift. Rather than looking like a custom Stinger missile launcher: this time it now looks like a weaponized Nintendo Super Scope. 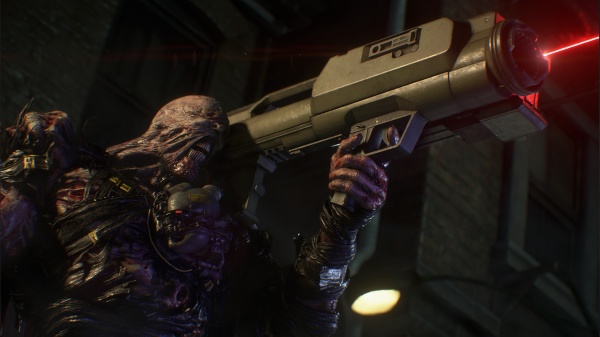 This time we're going to get that Duck Hunt dog! 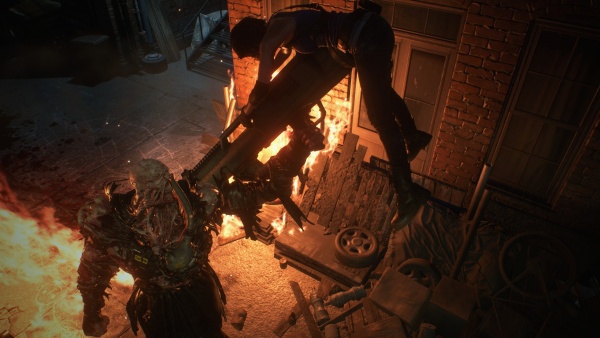 Okay, not the Duck Hunt dog, but it'll do.