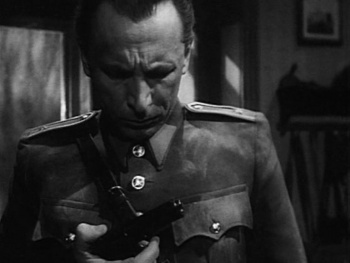 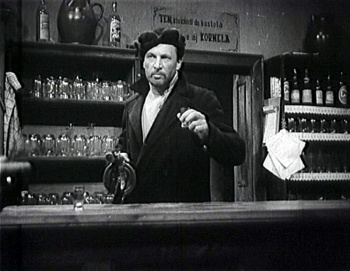 Ladislav Chudík was born on 27 May 1924 in the village Hronec, Banská Bystrica. As a child he dreamed of becoming train drivers. He studied middle school in Kremnica, Faculty of Arts University in Bratislava (1943-1944) and drama department at the State Conservatory in Bratislava. Since 1944 was active in the Slovak National Theatre. He became a respected actor and very popular at home and abroad. Ladislav Chudík created in the film several memorable characters. First time was already in Palo Bielik movies that speak about the uprising in Slovakia, notably the film Captain Dabac (1959). He played in war and action movies of the 50s years: Nástup (1952), The Black Battalion (1958) or The Unconquered (Neporazení) (1958). In 60s and 70s he created the character of detective mjr. Jakubec, which is still the best criminalist in the Slovakian film like Šepkajúci fantóm (1977) and also played the role of Gen. Ludvík Svoboda in the films Sokolovo (1975) and The Liberation of Prague (1978). On television he was appears from the beginning of television broadcasting in Slovakia. To his many television roles include the most successful the character of chief of orthopedics Sova in the series Nemocnice na kraji mesta (1977 and 1981). The radio also has created a number of characters and recite literary works. For his championship won many acting awards. From 1989-1990 he was Minister of Culture of the Slovak Republic. Mr. Chudík married the second time, his wife Alena is a lawyer. In 2010 received the Czech Lion award as Best Supporting Actor for the film Kawasaki's Rose (2009), a week later Trebbia Prize for his lifelong artistic contributions.