Wall Street is a 1987 drama starring Charlie Sheen as Bud Fox, an ambitious stock exchange trader who decides to get ahead by collaborating with charismatic corporate raider Gordon Gekko (Michael Douglas, who received an Academy Award for Best Actor for the role). The film was directed by Oliver Stone, who would reunite with Douglas for the 2010 sequel Wall Street: Money Never Sleeps.

The following weapons were used in the film Wall Street:

Gordon Gekko (Michael Douglas) shows off his prized gun collection, which includes what he states is a Luger P08 in .45 ACP. He also states that only six were ever manufactured. In reality, approximately five or six Lugers in .45 ACP were manufactured and submitted for US Army pistol trials in 1907 and four are known to still exist, making them among the most valuable handguns in the world. 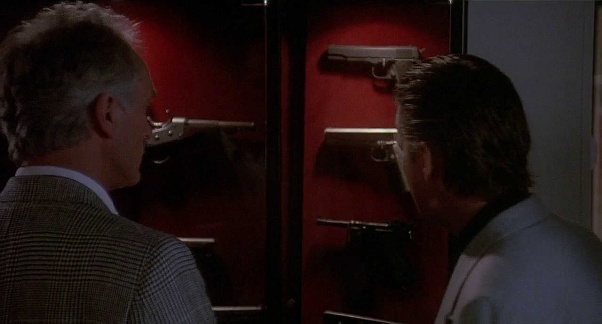 Gordon Gekko (Michael Douglas) shows off a Luger supposedly in .45 ACP. This is likely a 9x19mm Luger standing in for the incredibly rare .45 ACP Luger.

Other weapons in his collection include two M1911A1s. 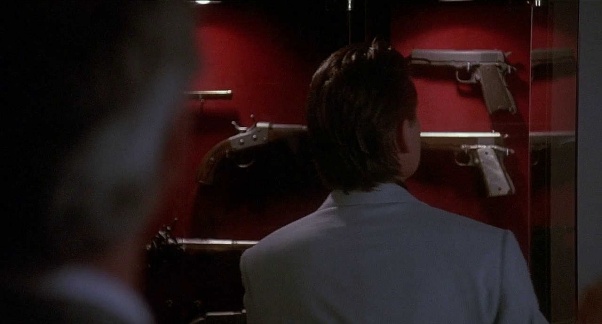 In Gekko's collection is one rare Queen Anne Flintlock Pistol. 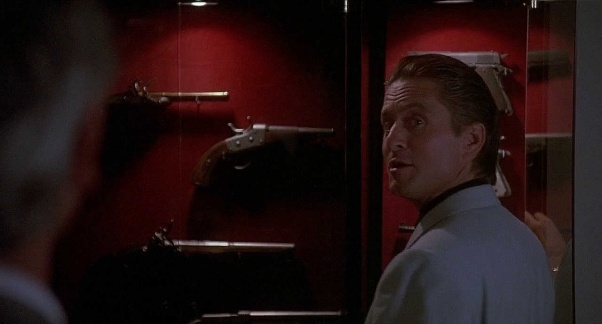 The flintlock pistol on top.

Gekko also has other Flintlock pistols in his collection.

Flintlock gun below, hidden in the shadows.

What appears to be a Remington Rolling Block Cavalry single shot pistol is also seen in the collection.

Pistol seen in the middle.

Other revolvers and handguns are also seen, but are difficult to make out as they are seen at a distance and only briefly. 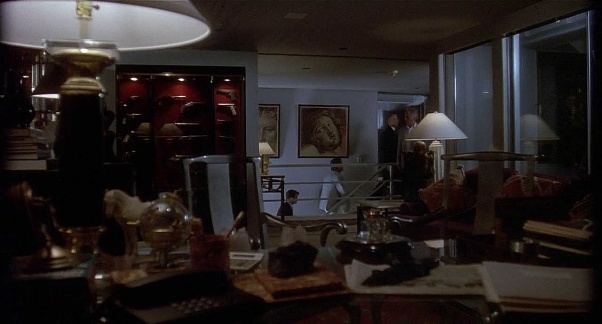 Other revolvers and handguns are also seen.

During an arrest, a uniformed NYPD police officer is seen carrying what appears to be a Smith & Wesson Model 10. 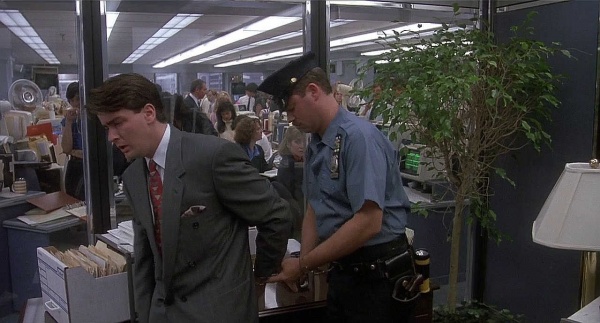 The NYPD officer with a holstered revolver.
Retrieved from "https://www.imfdb.org/index.php?title=Wall_Street&oldid=1425475"
Categories: