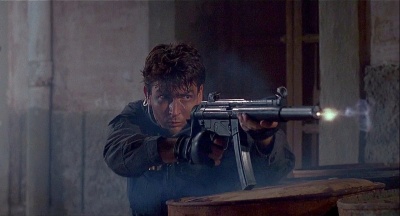 Charlie Sheen as Hawkins with a Heckler & Koch MP5SD in Navy SEALs (1990).

Charlie Sheen as Det. David Ackerman holds a Steyr GB in The Rookie (1990). 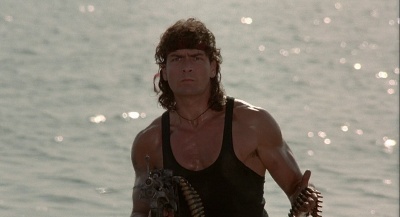 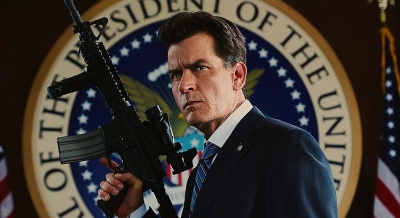 Charlie Sheen (born Carlos Estevez) is an American actor whose acting roles include such dramas as Platoon and Wall Street, such action films as Red Dawn (1984), Navy SEALs and The Rookie (1990), and such comedies as the Scary Movie film series and Hot Shots! film series. He also starred in the television sitcoms Spin City, Two and a Half Men, and Anger Management. For his acting career, Charlie chose to adopt the stage name Sheen from his father, fellow actor Martin Sheen, while his brother Emilio Estevez elected to be credited with his family name.