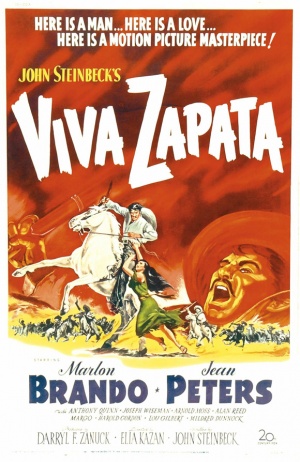 Viva Zapata! is a film was directed by Elia Kazan in 1952. The story of Mexican revolutionary Emiliano Zapata.

The following weapons were used in the movie Viva Zapata!: 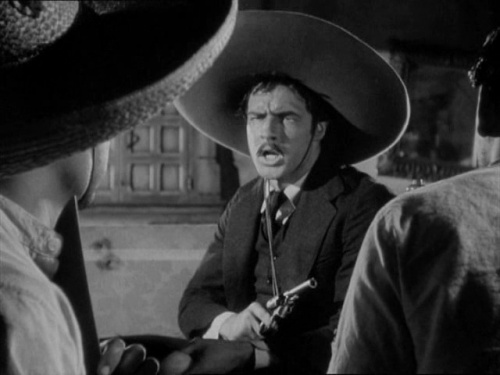 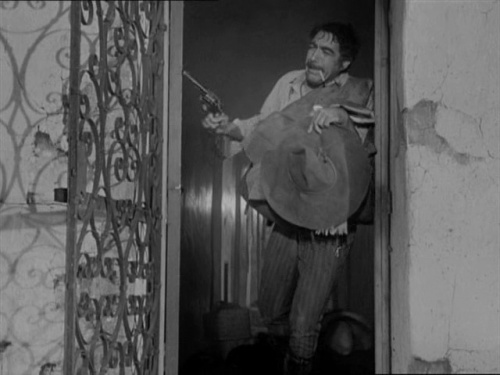 A peon's has been a loot Winchester Model 1892 rifles. 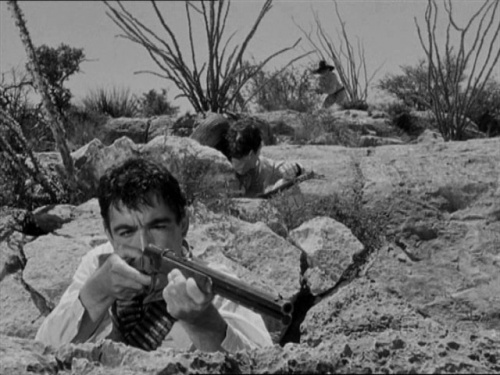 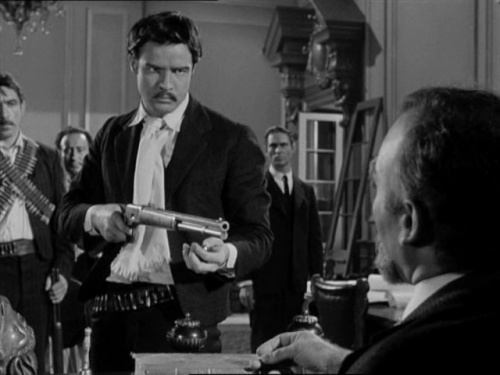 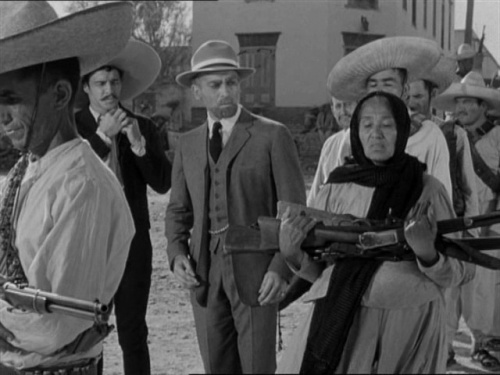 A peonians handed over their weapons to the president Madero (Harold Gordon) (middle).

The soldiers and also some rebels were armed with M1903 Springfield rifle. 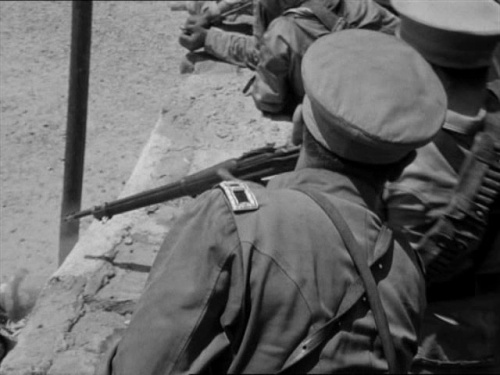 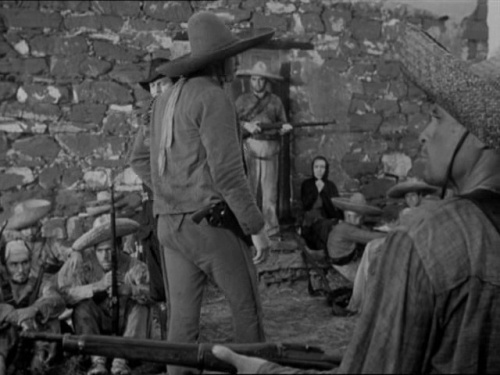 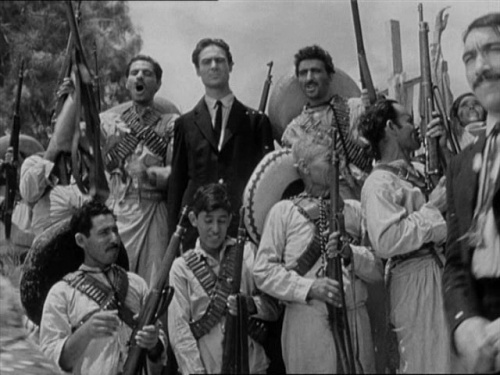 Members of the Mexican Revolution use a Vickers machine gun. 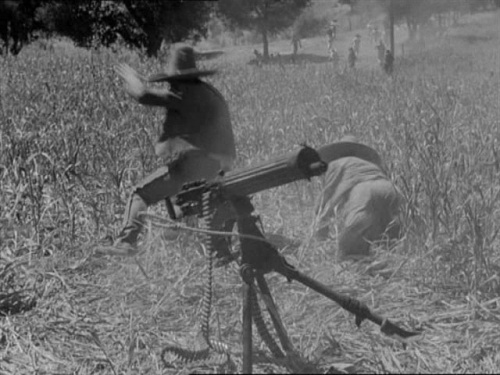 Pistoleros fleeing off a machine gun after the attack armed peons. 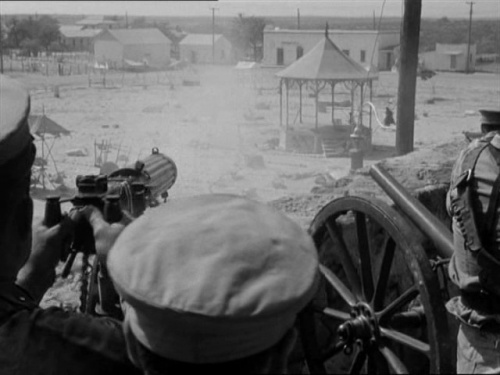 Mexican soldiers with machine guns defends the fort against the insurgents. 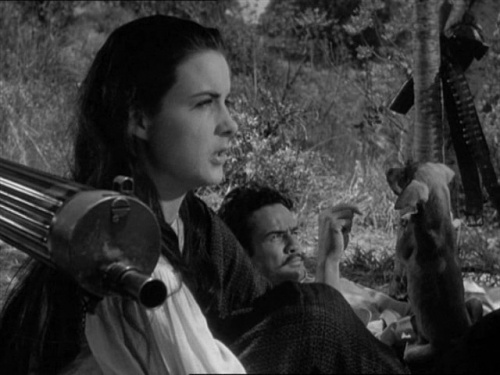 Emiliano and his wife Josefa (Jean Peters) have for the defense a machine gun.

At the end of the film Emiliano Zapata passes through a military camp, where he notices a Colt 1895 Automatic Machine Gun. 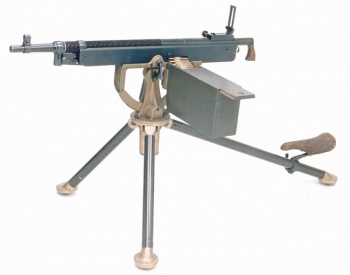 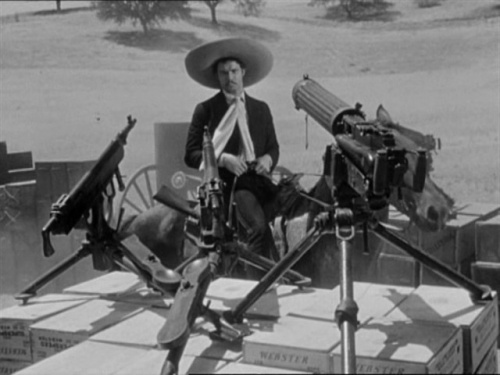