Top Gun: Maverick is the 2022 sequel to the 1986 action blockbuster Top Gun. Tom Cruise returns as Captain Pete "Maverick" Mitchell, who is invited back as an instructor at the US Navy's elite aviator school, known as "Top Gun". The cast includes Ed Harris, Jon Hamm, Miles Teller, Danny Ramirez, Jennifer Connelly, and Val Kilmer as Iceman. The film was directed by Joseph Kosinski, who had previously directed Cruise in 2013's Oblivion. After several delays, the sequel was released in the US theatrically on May 27th, 2022. 'Note': The screenshots seen here will be of varying sizes due to the change in aspect ratio throughout the film.

The following weapons were used in the film Top Gun: Maverick:

Several times during the film, Maverick can be seen working on and eventually flying a vintage P-51D Mustang fighter plane, the aircraft being fitted with six Browning M2 Aircraft heavy machine guns, three mounted in each wing. The aircraft actually belongs to actor (Tom Cruise), and since the aircraft is in civilian ownership is likely fitted with dummy Brownings to maintain the authentic appearance instead of live weapons.

Maverick takes Penny Benjamin (Jennifer Connelly) for a ride in his P-51D Mustang, the muzzles of six M2 Aircraft heavy machine guns visible along the leading edges of the wings.

A logistical truck used by enemy forces is seen with what appears to be a DShK machine gun mounted. 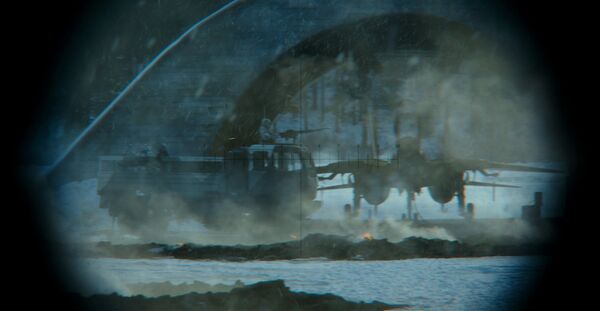 Maverick sees a enemy vehicle with what appears to be a DShK machine gun mounted. 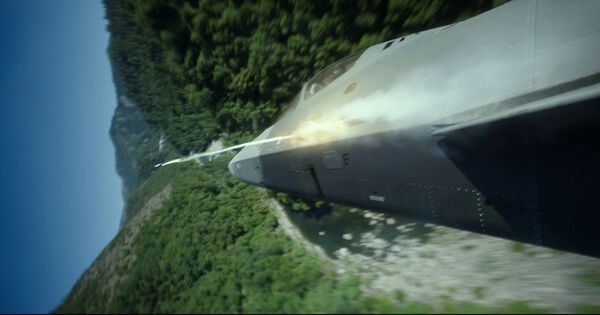 The M61A2 Vulcan appears as the secondary armament of the F/A-18E and F/A-18F Super Hornets flown in the film. The M61A2 is a lightweight version of the original M61, with thinner barrels and lighter materials originally developed for the F-22 Raptor and used by the F-22 and F/A-18E/F Super Hornet. The M61A1 version is seen on a legacy F/A-18C Hornet at the Navy Strike Fighter Tactics Instructor (TOPGUN) school and on an enemy F-14A Tomcat commandeered by Maverick and Rooster in the film's climax. The F-14A flight sequences were done with CGI due to the fact that all airworthy F-14s in the United States had been gutted and shredded due to fears of their parts getting to Iran via the black market. The actual Tomcat that was used for filming is BuNo 159631, which is on display at the San Diego Air and Space Museum.

The M61 Vulcan appears as the secondary armament of the F/A-18 Super Hornets flown in the film.

The Super Hornets in formation with Maverick. 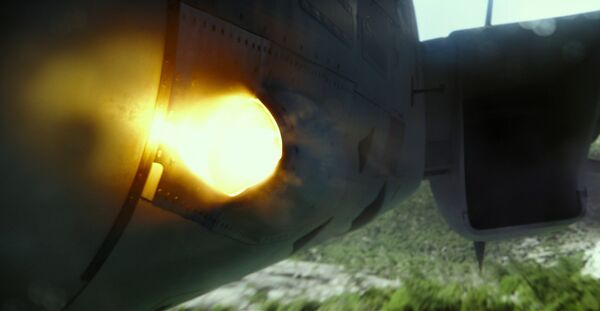 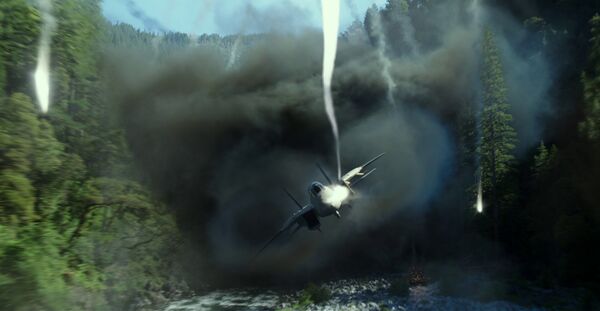 A USMC honor guard detail performs a rifle volley with M16A4 rifles during a funeral. The rifles have the original detachable carry handle rear sights and KAC M5 railed handguards with rail covers.

A USMC honor guard detail performs a rifle volley with M16A4 rifles during a funeral.

US Navy security forces are seen armed with M4 Carbines.

US Navy security forces are seen armed with the M4A1 Carbine.

At the left, a member of the US Navy security force is seen armed with the M4A1 Carbine.

The enemy Mil Mi-24 "Hind" helicopter that is seen chasing down Maverick is armed with two Yakushev-Borzov Yak-B rotary cannons mounted in its nose turret. In reality, only a single Yak-B cannon is mounted on Mi-24s that have the nose turret - this appears to be an intentional artistic liberty taken by the filmmakers. 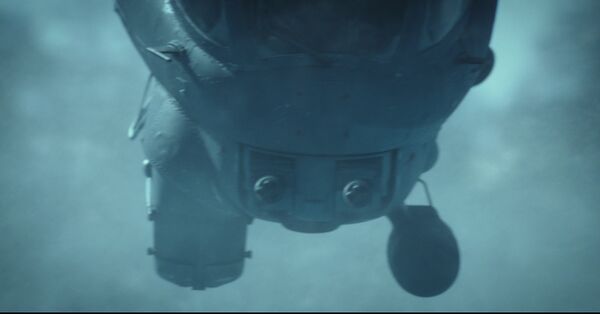 The enemy Mil Mi-24 "Hind" helicopter is seen armed with dual Yakushev-Borzov Yak-B rotary cannons mounted in its nose turret. In reality, only a single Yak-B cannon is mounted on Mi-24 helicopters that have the nose turret - this appears to be an intentional artistic liberty taken by the filmmakers..
Retrieved from "https://www.imfdb.org/index.php?title=Top_Gun:_Maverick&oldid=1544037"
Categories: