From Internet Movie Firearms Database - Guns in Movies, TV and Video Games
(Redirected from The Third Man)
Jump to navigation Jump to search

The Third Man (1949) was a Cold War-era thriller directed by Carol Reed (Night Train to Munich), based on the novel by Graham Greene, and starred Joseph Cotten, Alida Valli, Trevor Howard, and Orson Welles. The film is widely considered to be one of the greatest motion pictures of the twentieth century. Holly Martins (Joseph Cotten) searches for a dead friend in postwar Vienna, amid widespread corruption and black marketeers.

The following firearms were used in the film The Third Man:

During the opening montage, US troops are shown patrolling post-war Vienna with M1 Garands. 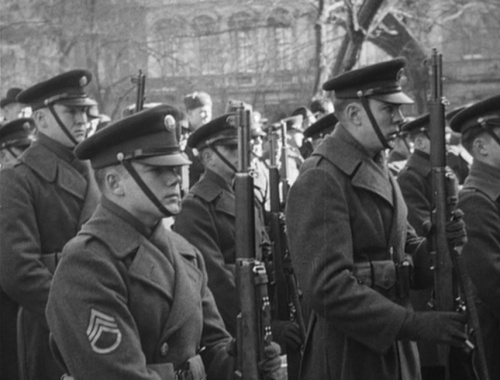 The US troops with M1 Garand rifles. 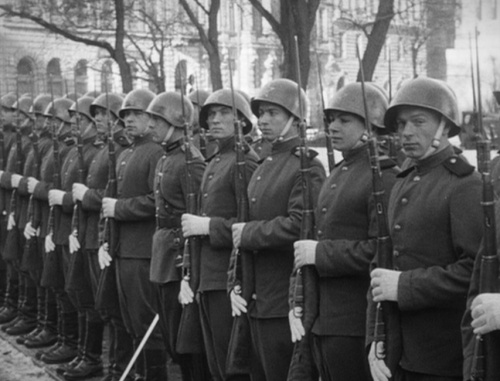 Several British and U.S. MPs in Vienna carry M1911 pistols in their holsters. 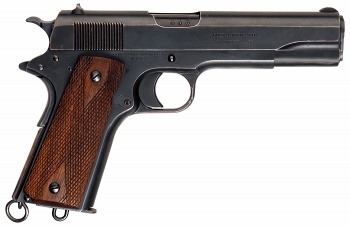 M1911 - .455 Webley, a licensed handgun to the British Armed Forces during and after World War 1, later issued to members of the R.A.F. and Royal Navy 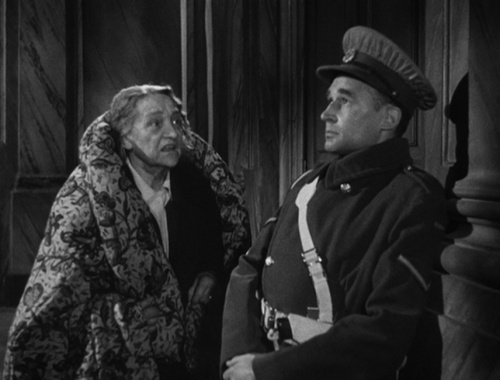 A British private waits outside Anna Schmidt's building as she is arrested inside. 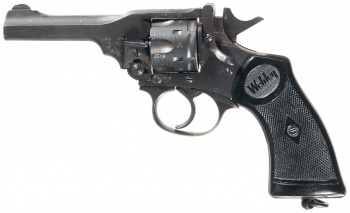 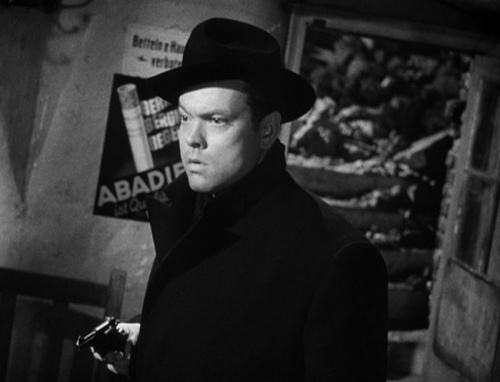 Harry Lime draws his Webley inside the cafe. 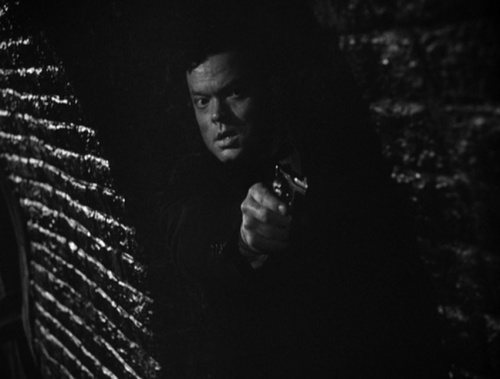 Harry Lime aims his Webley while on the run. 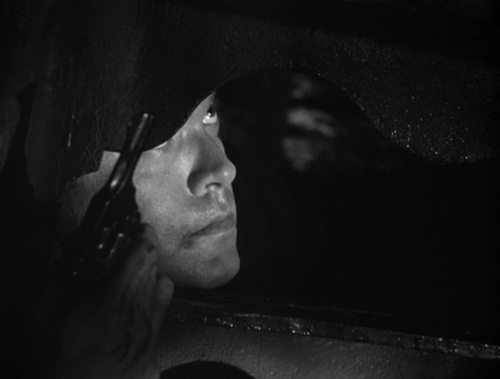 Harry Lime hides under a sewer grating, gripping his Webley. 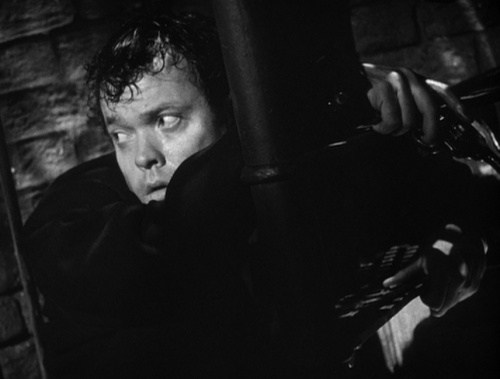 The German troops assisting the British in their hunt for Harry Lime carry Karabiner 98k rifles. 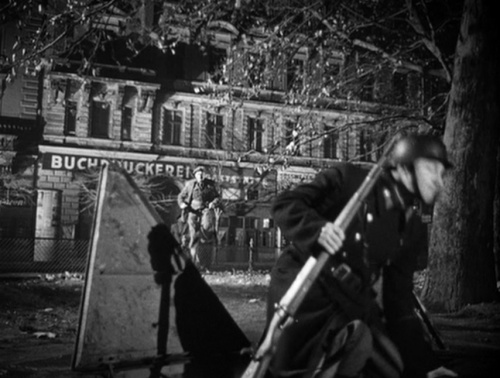 A German soldier descends to the sewers to chase after Harry Lime. 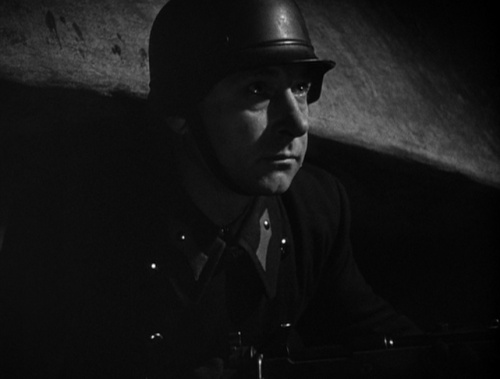 Maj. Calloway (Trevor Howard), a British Army M.P. in Vienna, carries a Browning Hi-Power. One of the Austrian police officers leading the chase for Lime through the sewers also carries a Hi-Power.

The first version of the classic pistol, developed by John Browning and adopted by Belgium in 1935, the FN P-35 - 9x19mm. During World War II, the Germans would occupy the Belgian firearms factories and continued to produce this gun, still called the P-35, but with Waffenamt stamps. The Design would be adopted by other countries and manufactured abroad with the generic designation simply as the "Browning High Power". 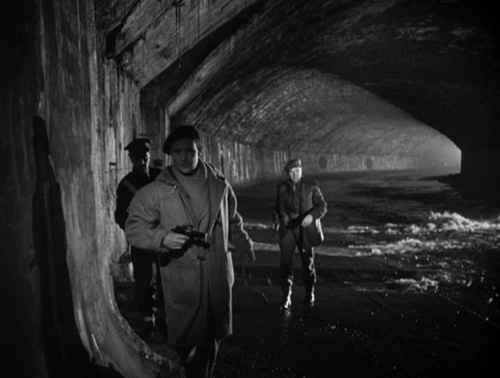 Calloway, Paine, and another officer search for Harry Lime. 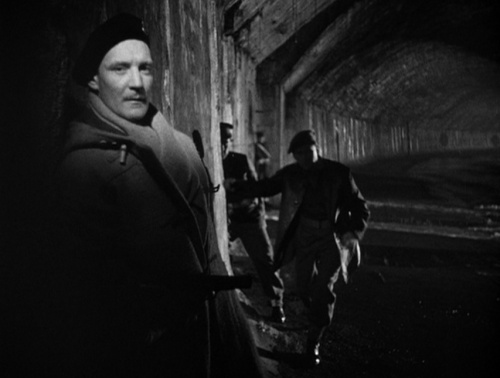 Calloway with his Browning Hi-Power drawn. 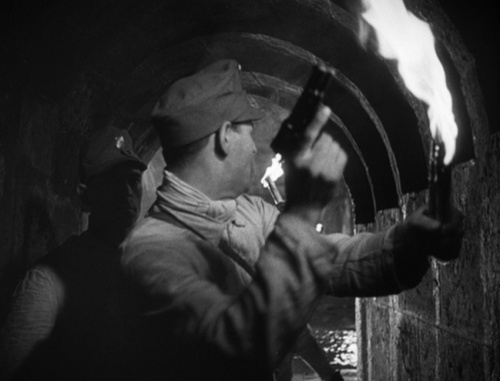 An Austrian officer waves his Browning Hi-Power. Note how even though the hammer appears to be down, he shows excellent trigger discipline. 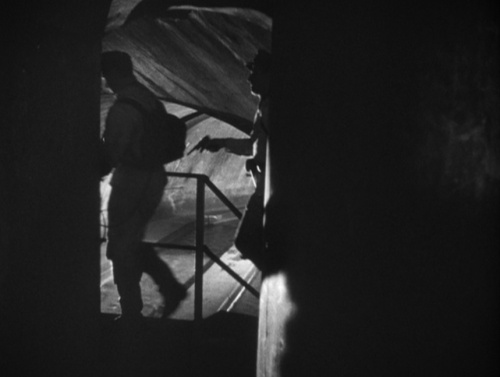 The silhouette of an officer's Luger is seen as he pursues Lime.

Sgt. Paine (Bernard Lee, best known as "M" in the James Bond series from 1962-1979) carries a Webley Mk IV Pocket Model, which Holly Martins (Joseph Cotten) picks up when he searches for Lime in the sewers. 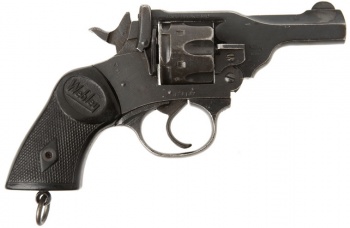 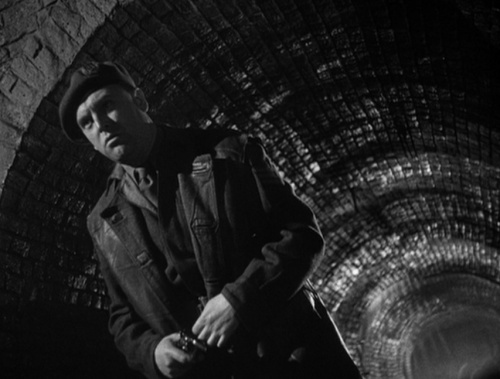 Sgt. Paine with his Webley drawn in the sewers. 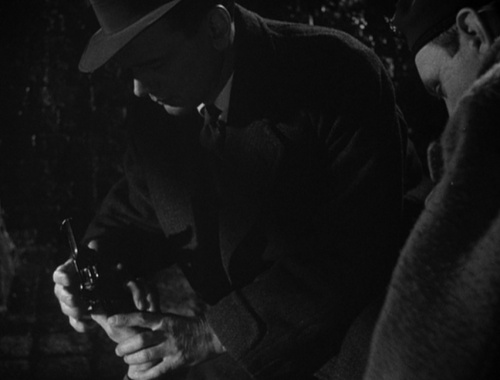