From Internet Movie Firearms Database - Guns in Movies, TV and Video Games
(Redirected from The Roaring Twenties)
Jump to navigation Jump to search

The Roaring Twenties (1939) was a Depression-era crime film directed by Raoul Walsh and starred James Cagney, Humphrey Bogart, and Priscilla Lane. World War I veterans are unable to find work in Depression-era America and turn to bootlegging to survive.

The following firearms were used in the film The Roaring Twenties:

Sgt. Pete Jones (Joe Sawyer) is briefly seen with a Colt M1911 in a holster. Later, during the 1920 montage, a bootlegger is seen holding a M1911 when opening a door. 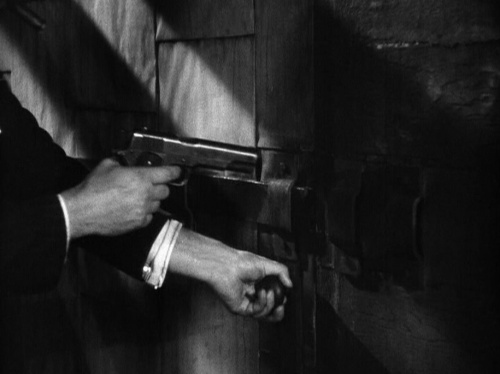 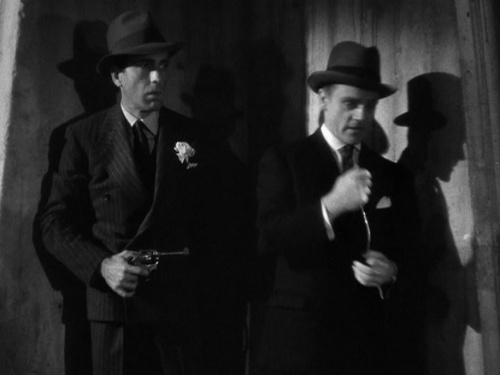 George and Eddie stand guard outside the warehouse before the robbery. 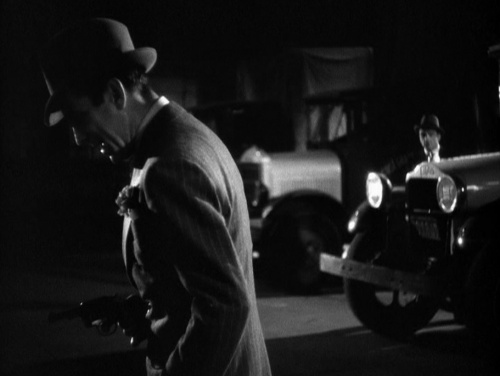 George corners his old sergeant in the warehouse and prepares to shoot him. 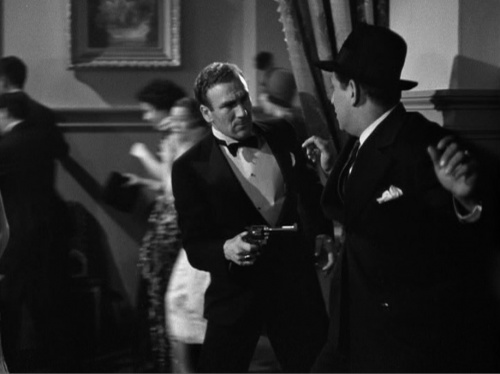 One of Eddie's men pulls a New Service on Nick Brown's henchman inside Henderson's Club. 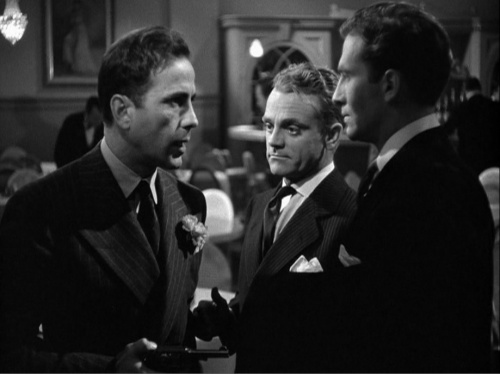 George threatens Lloyd when the latter wants to leave. 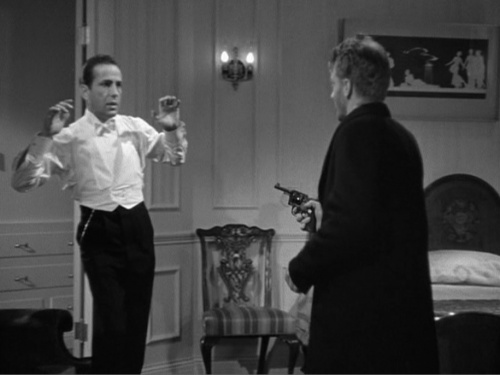 Eddie turns the tables on George by stealing Lefty's revolver. 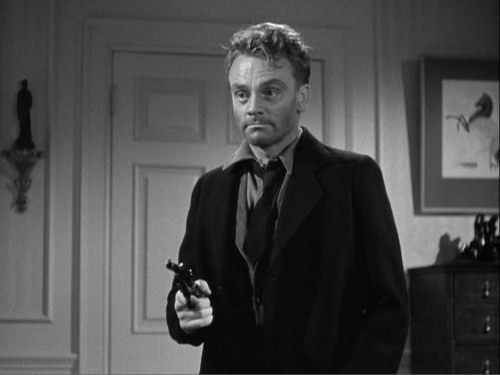 Eddie holds the gun at George. 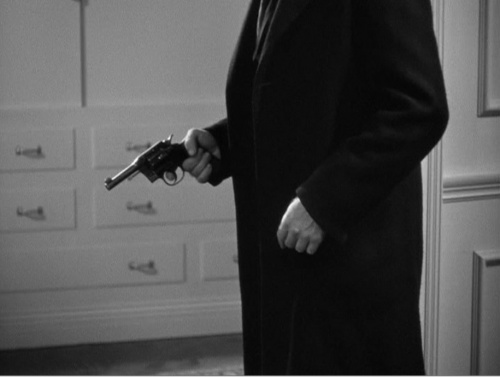 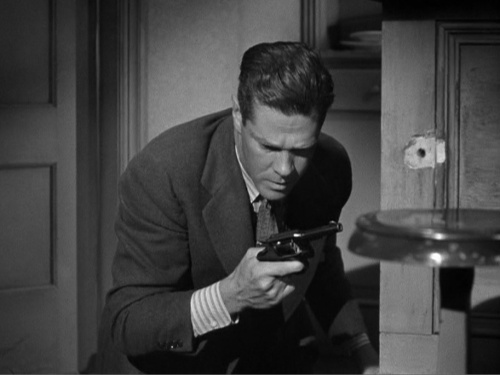 Nick Brown looks at his revolver after running out of ammunition. 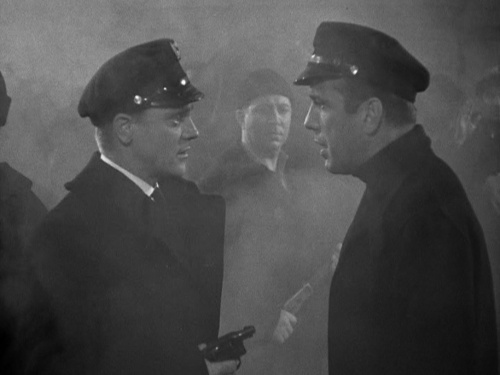 Eddie threatens George with his snubnose. 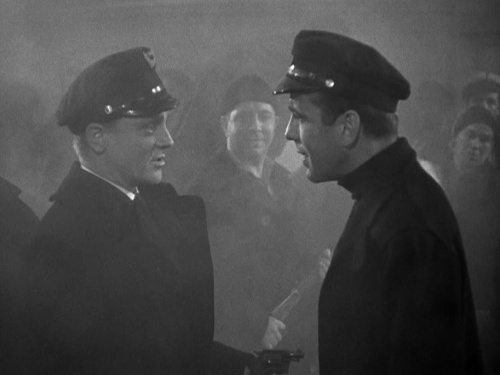 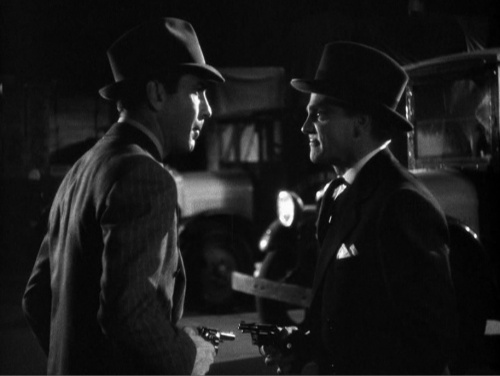 Eddie and George argue in the warehouse.

One of the warehouse guards carries a revolver. 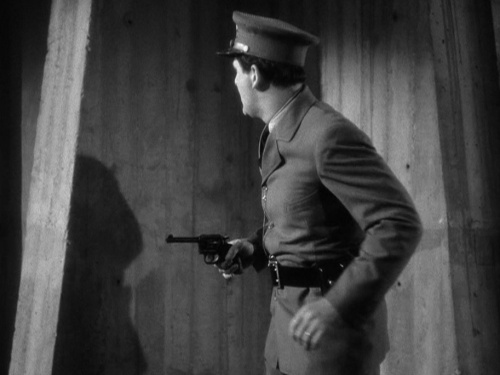 A warehouse guard runs around the side of the building when he hears the whistle blown.

During the 1924 montage, a Thompson M1921A is fired as a symbol of the rising violence of the era. 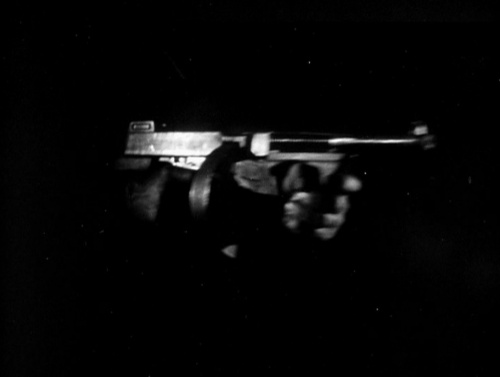 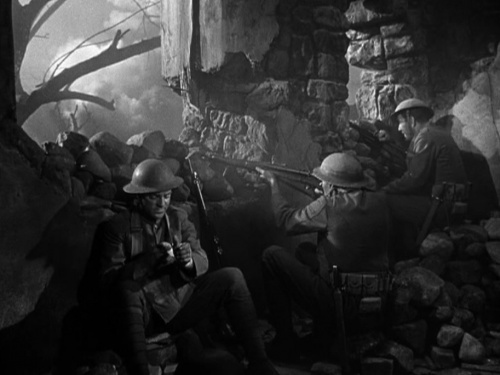 Eddie sits on Armistice Day as George and Lloyd fire Springfields at the Germans. 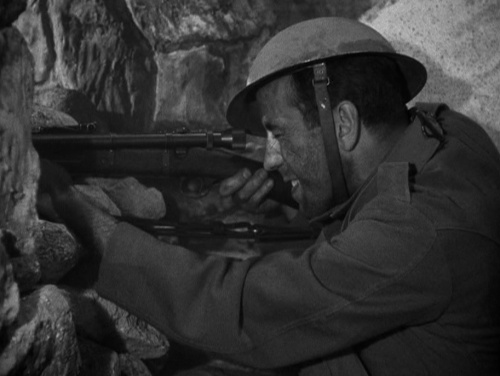 George happily kills a German soldier after Lloyd refuses to due to the soldier's apparent young age. 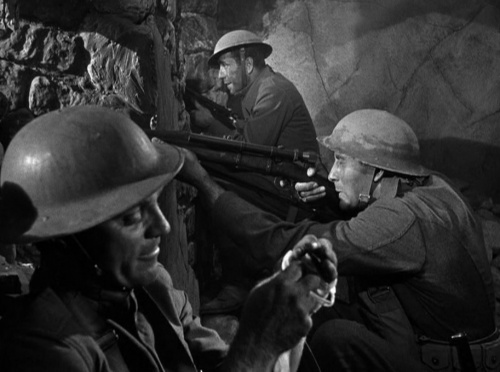 Lloyd aims his rifle but can't bring himself to fire it. 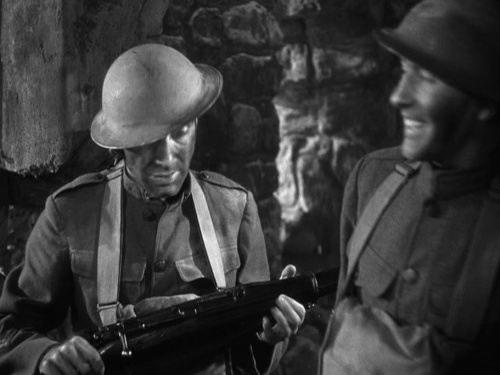 After hearing about the cease fire, George decides to hold onto his Springfield rifle. 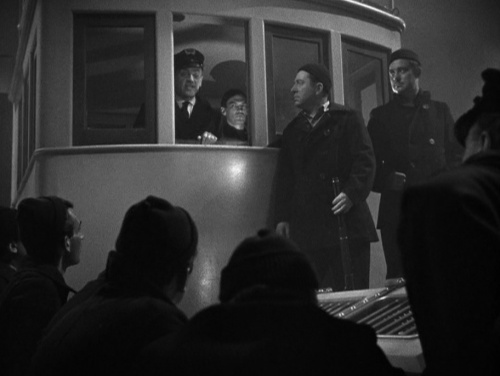 Danny stands near Eddie with his Winchester on the ground. 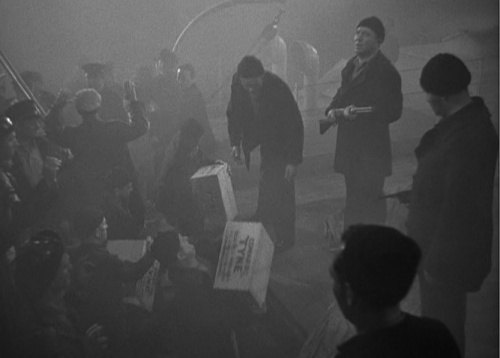