From Internet Movie Firearms Database - Guns in Movies, TV and Video Games
(Redirected from The Killers (1964))
Jump to navigation Jump to search

The Killers is a 1964 crime film directed by Don Siegel and based on Ernest Hemingway's short story of the same name. The film stars Lee Marvin, Clu Gulager, John Cassavetes, Angie Dickinson, and in his final film role (before entering politics), Ronald Reagan. The film was intended to be the very first made-for-TV film, but was eventually rejected by NBC due to its violent content and was given a theatrical release. This was the second adaptation of Hemingway's short story of the same name, but director Don Siegel and writer Gene Coon went out of their way to make sure it was as loose as an adaptation and as different from the first film as possible, changing the names of all the characters, and even changing the point of view. It was also the first, and only, film in Reagan's career where he played a villain, a role he took at the urging of good friends agent Lew Wasserman and director Don Siegel. Reagan supposedly regretted taking the role, mainly objecting to a scene where he had to strike Angie Dickinson. This was also the first film role for Clu Gulager, who had previously only worked on television, and the score was one of the early works of composer John Williams (who was still credited at the time as "Johnny Williams.")

The following guns were used in the movie The Killers: 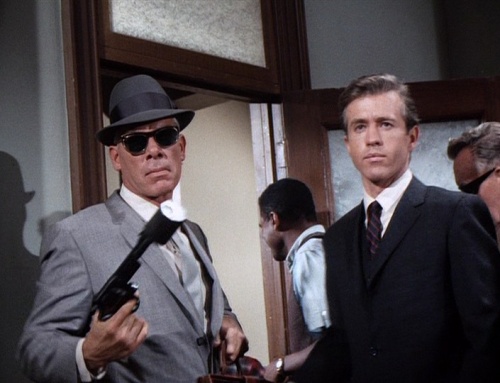 Charlie draws his suppressed S&W 27 early in the film. Oddly enough, Charlie only keeps the revolver in the brown briefcase, never on his person. 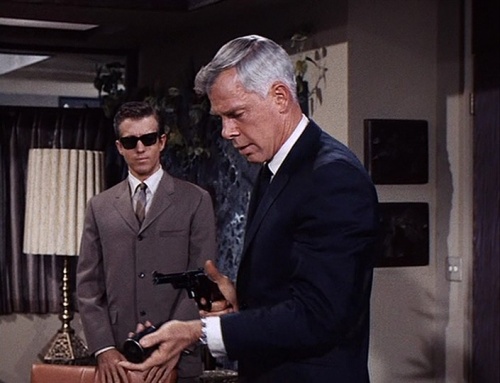 Charlie about to attach the suppressor in Browning's office. 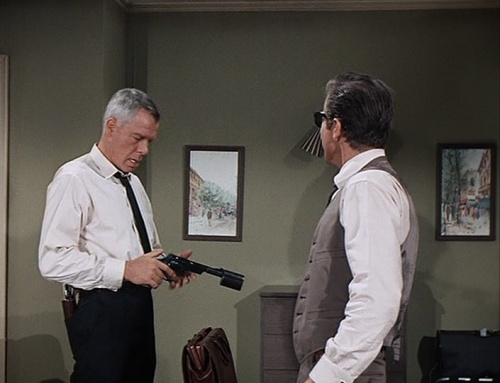 The Patridge sights can be seen here. 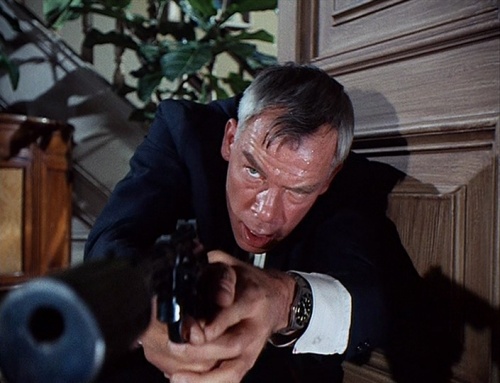 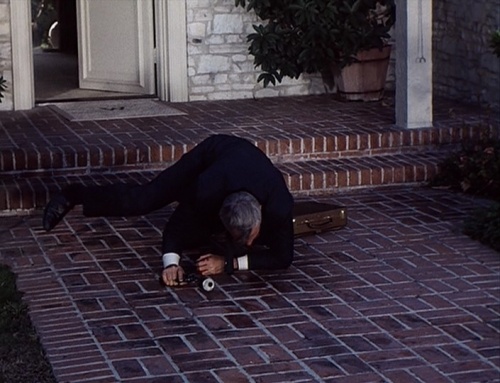 Charlie outside of Browning's residence. According to costar Clu Gulager and director Don Siegel, Lee Marvin had come to the set drunk and was still inebriated while filming this scene. 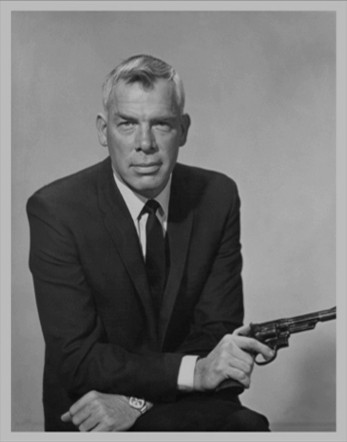 A publicity still of Lee Marvin as Charlie Strom with his S&W 27. 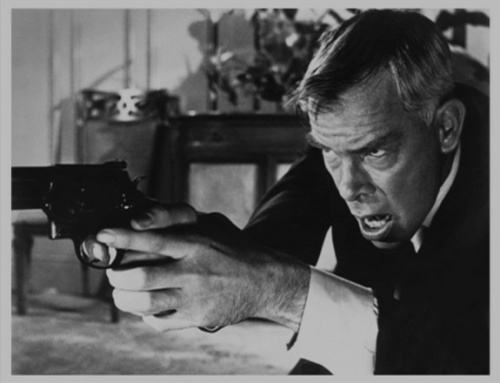 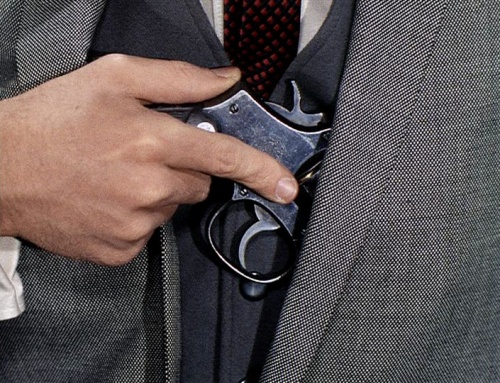 Lee shows Earl Sylvester (Claude Akins) his S&W 10 snub. The Smith & Wesson logo can be seen in this shot. 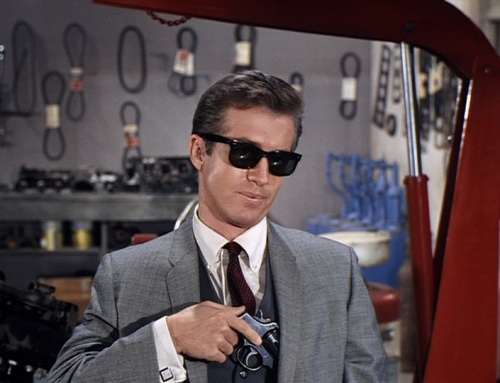 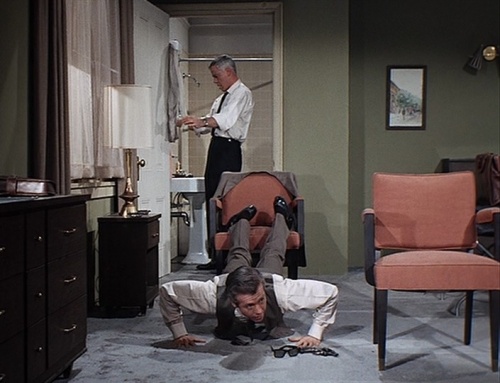 Lee's revolver on the floor as he does pushups. 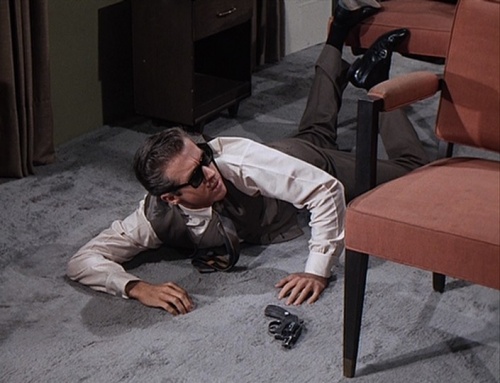 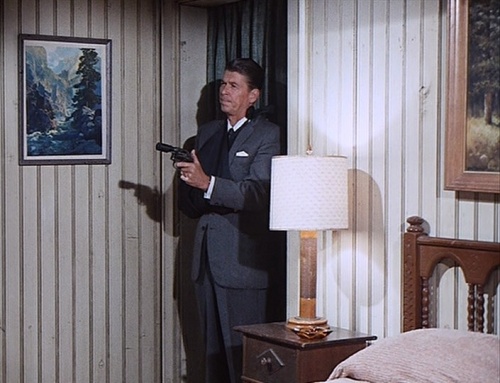 Browning with his suppressed S&W 10 snub. 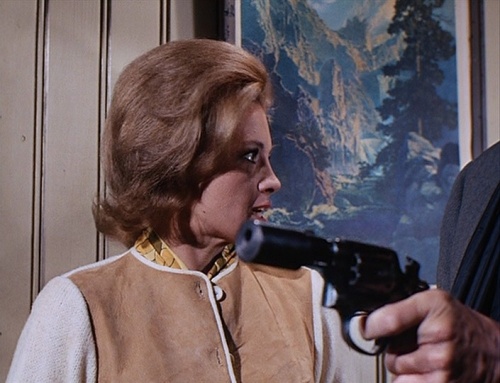 A closeup of Browning's revolver. 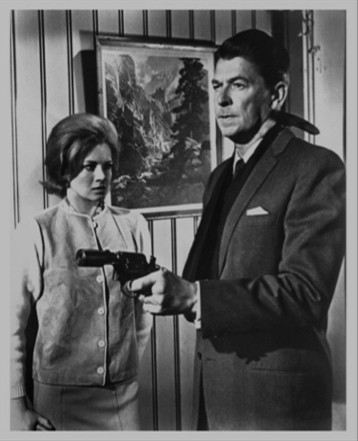 A publicity still of Browning with Sheila Farr (Angie Dickinson). 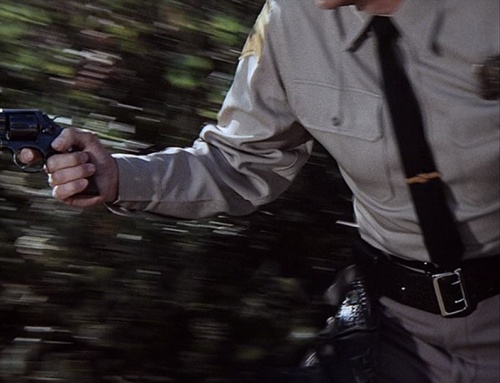 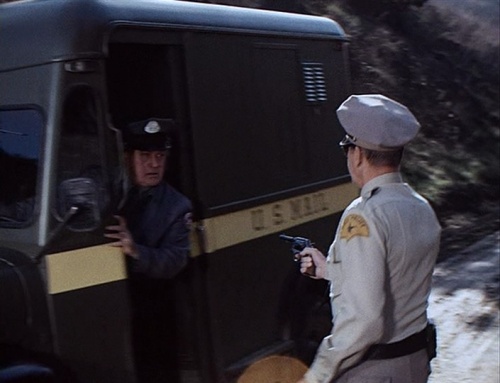 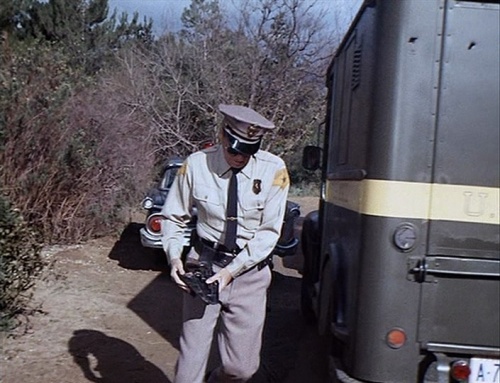 This shot shows the disadvantage of the clamshell holster, as Browning is forced to use both hands to holster his revolver. Clamshell holsters were popular in California in the sixties. 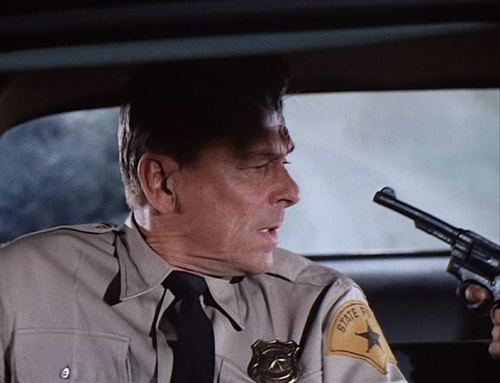 North holds his revolver on Browning. The slightly bent barrel may mean that this is a rubber gun.

Charlie Strom carries a concealed Single Action Army in one scene, and presumably throughout the entire film, but never draws it. 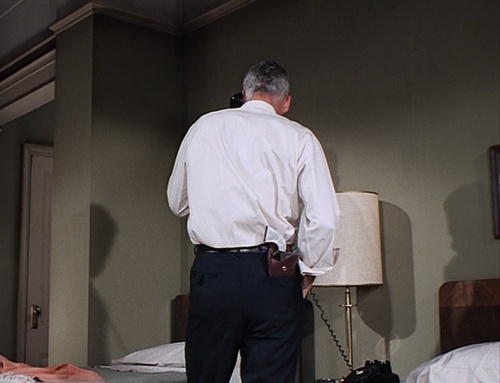 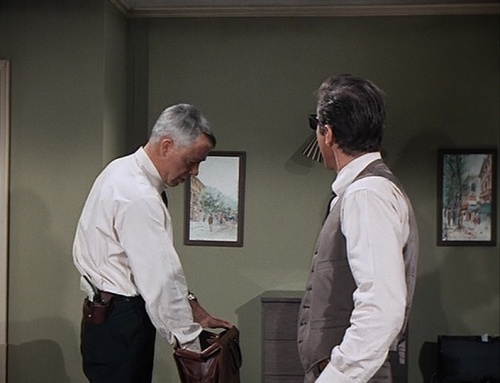 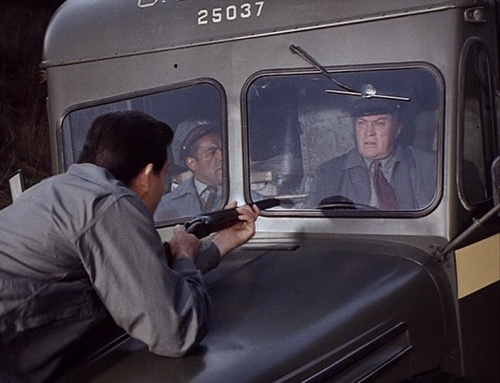 Lee (Clu Gulager) pulls a nickel-plated Smith & Wesson M-Frame Ladysmith off of Browning's display and plays with it. 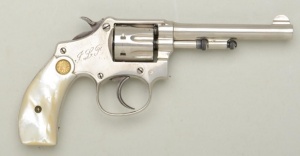 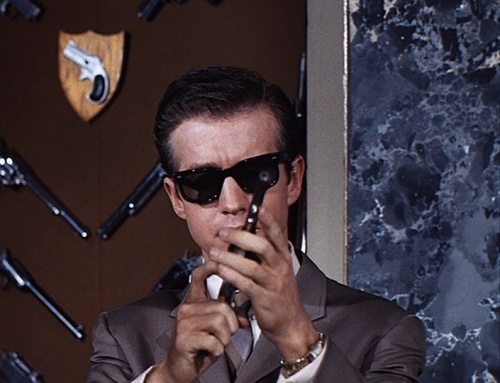 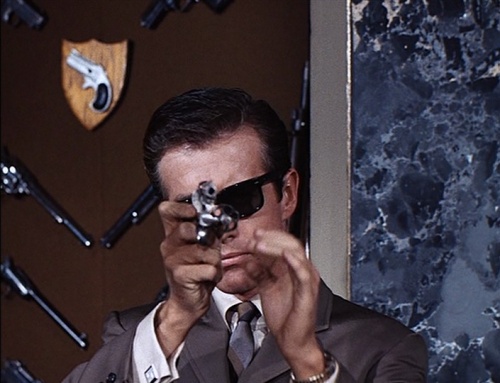 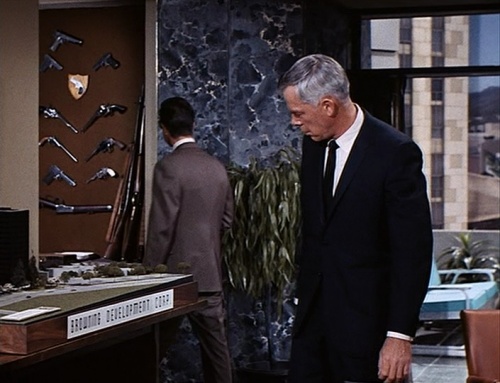 The Ladysmith still on the board, to the right of the Steyr M1912.

Jack Browning displays a collection of guns in his office. Lee takes one and plays with it.