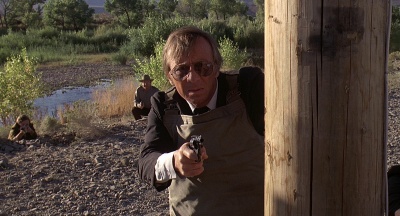 Norman Fell (1924-1998) was an American actor who appeared in such films as Charley Varrick, Pork Chop Hill and the original Ocean's Eleven (1960), but is best known for his role as Mr. Roper in the television series Three's Company.