From Internet Movie Firearms Database - Guns in Movies, TV and Video Games
(Redirected from The Great Dictator)
Jump to navigation Jump to search

The Great Dictator was Charlie Chaplin's 1940 biting satire and declaration against the rise of fascism as well as being the first true talking picture made by the noted silent film star. Chaplin wrote, produced, and directed the film, as well as took on multiple roles, including the title character.

The following weapons were used in the film Great Dictator, The:

An Allied officer and Tomanian Storm Trooper use a Colt New Service to shoot a young Jewish man in fictional Osterlich. 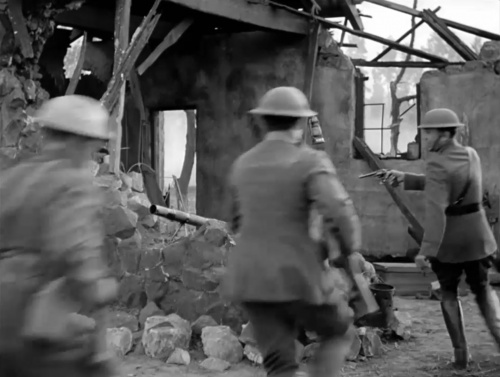 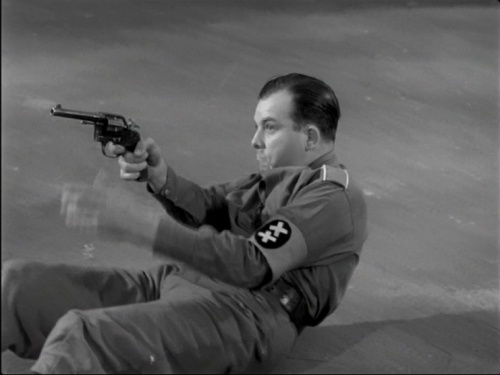 Double Cross Storm Trooper firing after being pushed to the ground.

At least one Tomanian officer has a Luger P08 pistol. 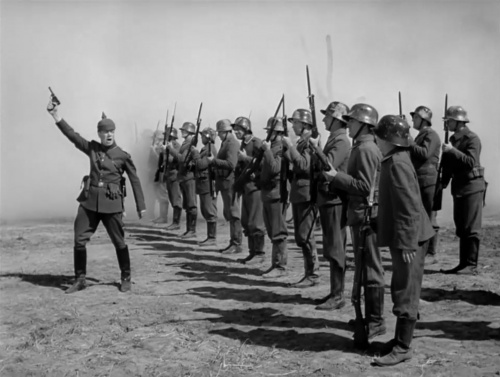 The officer on the left leads the charges.

Most of the Tomanian infantry are seen using Krag-Jørgensen long rifles with bayonets affixed and carbines. Allied soldiers are also seen with Krag-Jørgensen Rifles. 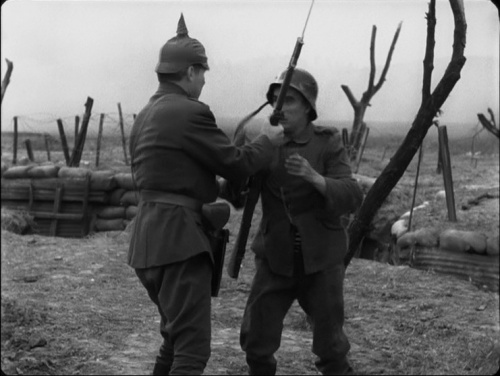 The Jewish Barber handed a Krag-Jørgensen with bayonet. 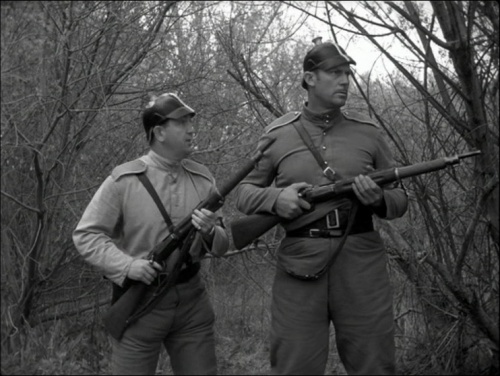 Some full-length Krag-Jørgensen rifles are also seen in the hands of Tomanian soldiers. 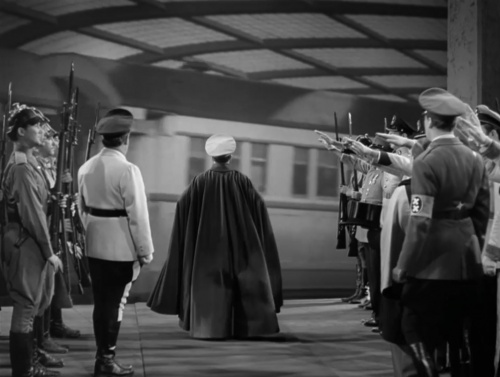 Prison guards carry the Mauser 98AZ Artillery Carbine as identified by the distinctive stacking hook just below the upper barrel band. Allied soldiers in 1918 are also armed with these rifles. 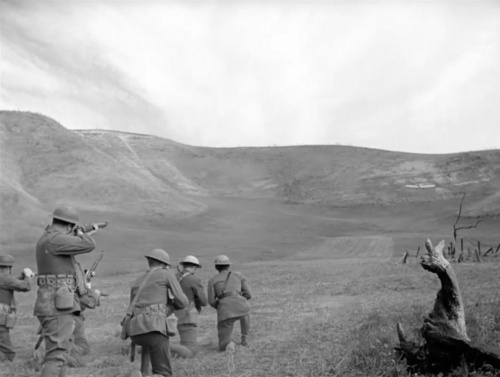 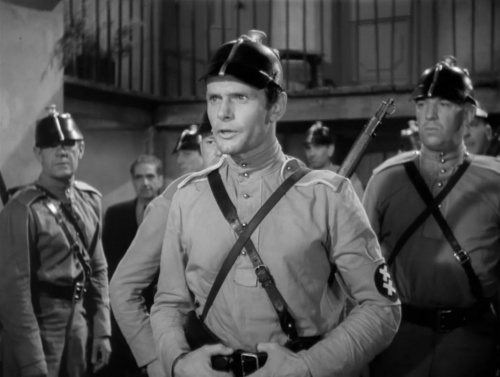 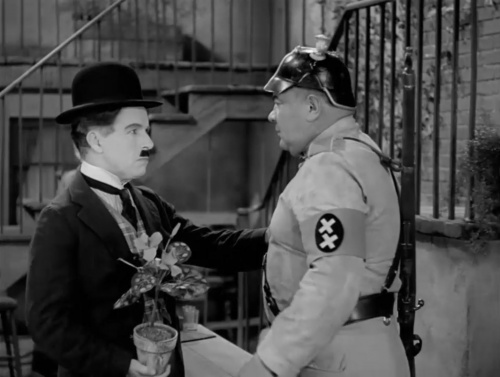 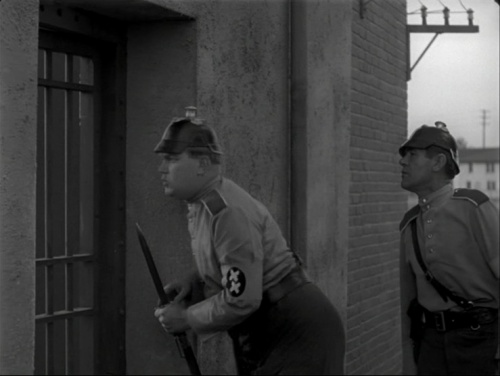 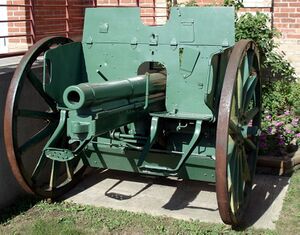 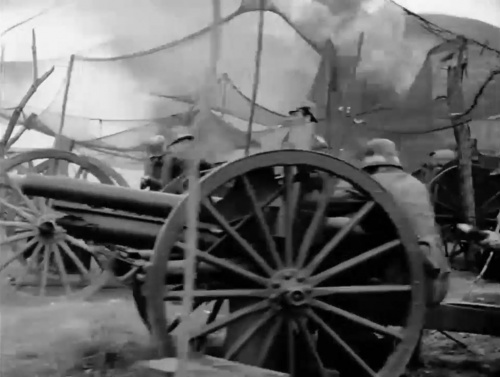 A Lewis light machine gun is used by troops of the fictional country of Tomania in the first World War. 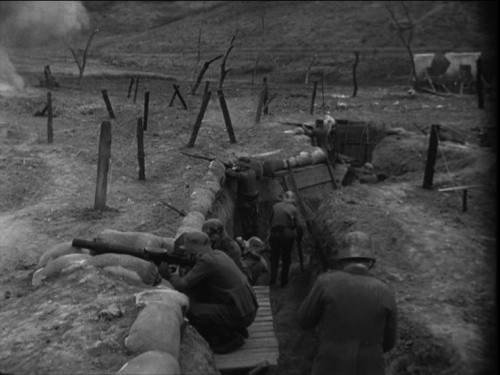 Tomanian infantry on the front line with a Lewis gun. 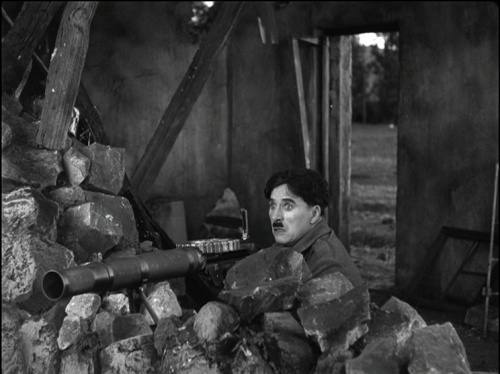 The Jewish Barber fights for his life with a Lewis gun. 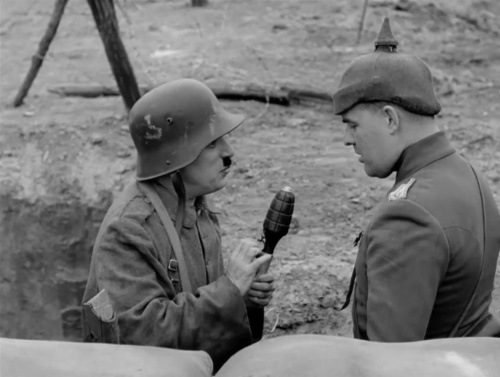 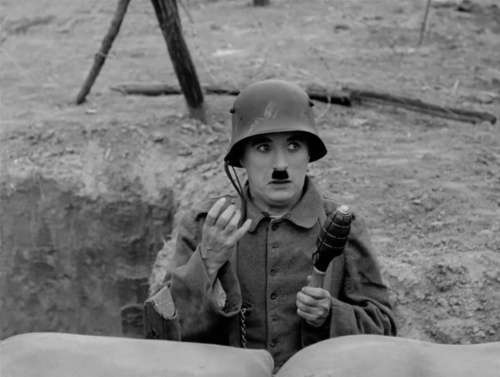 The Barber counts to ten with the grenade.

The Great Dictator himself goes duck hunting with a Winchester Model 1897 Field shotgun. 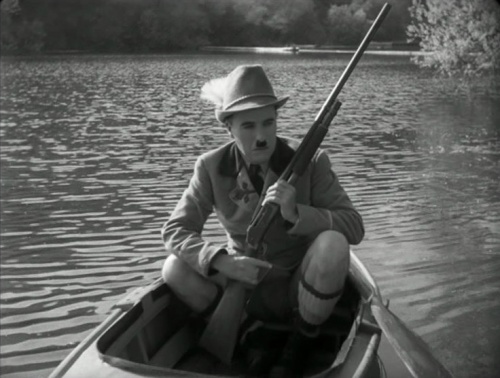