The Da Vinci Code is the 2006 feature film adaptation of the Dan Brown bestseller of the same name. Tom Hanks stars as Robert Langdon, a Harvard University professor in symbology, who is requested to use his expertise to decipher the mysterious signs found at the murder of the curator of the Louvre in Paris. He then finds that there are clues that may lead to the discovery of a major religious object. The film was directed by Ron Howard and the cast includes Paul Bettany, Ian McKellen, and Audrey Tatou. Tom Hanks would return as Langdon in two more sequels: 2009's Angels and Demons and 2016's Inferno and Ashley Zuckerman would star as Langdon in the 2021 Peacock streaming series The Lost Symbol.

The following weapons were used in the film The Da Vinci Code:

The Heckler & Koch USP is the main handgun used by Silas (Paul Bettany), and is also used by Remy (Jean-Yves Berteloot), Teabing's bodyguard. This is true to the book, where Silas is said to use an H&K USP in .40 S&W. However, the one in the movie appears to be the 9mm model. 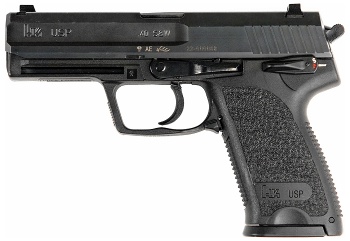 A SIG Pro SP2022, which is the standard sidearm of the French law enforcement unit, is carried by Lieutenant Collet (Etienne Chicot) when he enters Teabing's chateau. In the novel, Collet is described as using a Manurhin MR-73 revolver as his handgun of choice. 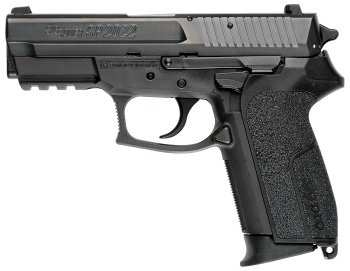 A SIG Pro SP2022 is carried by Lieutenant Collet (Etienne Chicot) when he enters Teabing's chateau. Note the lack of trigger discipline.

The Glock 17 is used by "Safe Passage" bank manager Andre Vernet (Jürgen Prochnow), and by the CO19 unit of the Metropolitan Police in London.

A Smith & Wesson Model 60 is used by Professor Teabing (Ian McKellen) to hold Langdon (Tom Hanks) and Agent Sophie Neveu (Audrey Tautou) hostage. Neveu later recovers it after Teabing drops it in his attempt to catch the Cryptex. It's notable that in some shots (sorry) the revolver has an unfluted cylinder and in some shots it has a fluted cylinder. A puzzler. 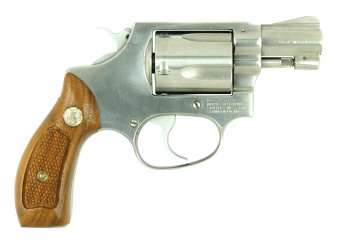 The Heckler & Koch MP5A3 is used by the CO19 unit of the Metropolitan Police in London to shoot Silas, and by police in Zurich when they raid Teabing's chateau.

CO19 Armed Response officers takes down Silas with their H&K MP5s. They appear to be loaded with 15-round mags.
Retrieved from "https://www.imfdb.org/index.php?title=Da_Vinci_Code,_The&oldid=1450665"
Categories: