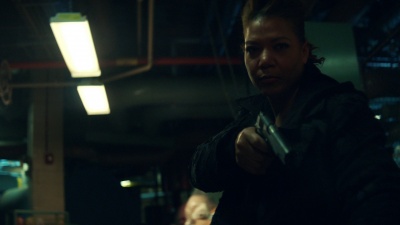 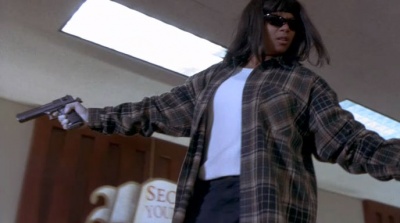 Queen Latifah wields a Desert Eagle in Set It Off.

Queen Latifah (born Dana Elaine Owens) is an American actress and singer/songwriter who has appeared in such films as Set It Off, Taxi, and Chicago, a role for which she received an Academy Award nomination for Best Supporting Actress. She also has appeared in such series as Living Single and 30 Rock as well as the title character in the CBS series "reboot" of The Equalizer.