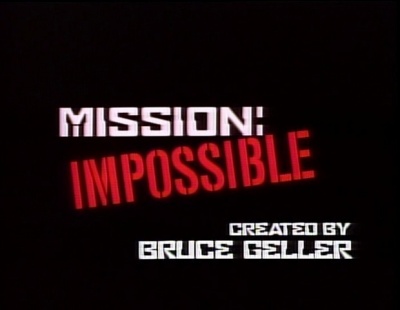 Mission: Impossible is the television sequel to the classic 1960s television espionage series. The show was originally intended to be a limited-run remake of the original series, with new actors playing the original characters, as this would allow the creators to re-use the original scripts as a way to get around the looming writer's strike. However, when Peter Graves agreed to return as Jim Phelps, the new series became a continuation series, with Jim leading a new team of operatives, which included Phil Morris, playing the son of real-life father and original series star Greg Morris. In the end, only four of the first five episodes ended up being remakes, and with writers back at work, new scripts were commissioned. To save on costs (a problem that plagued the original series), the new series was shot in Australia, cutting production costs about twenty percent. The series aired for two seasons from 1988 to 1990 on ABC. The franchise would be resurrected as a feature film series starring Tom Cruise, beginning with Mission: Impossible (1996).

The following lists the seasons of Mission: Impossible (1988):