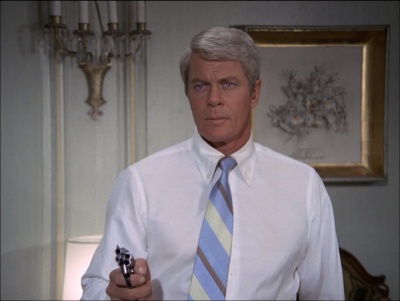 Peter Graves (born Peter Duesler Aurness) was an American film and television actor best known for his role as Jim Phelps in the series Mission: Impossible as well as Captain Clarence Oveur in the 1980 feature film comedy Airplane!. He also was the brother of actor James Arness.