The Manchurian Candidate is the 1962 political thriller that was an adaptation of the 1959 novel by Richard Condon. The film was directed by John Frankenheimer and the cast included Frank Sinatra, Laurence Harvey and James Gregory. A 2004 remake starred Denzel Washington and Liev Schreiber and was directed by Jonathan Demme. The movie was released in October 1962 during the Cuban Missile Crisis and was a mediocre performer at the box office. For many years there was a popular belief that Frank Sinatra had the film pulled from theaters after Kennedy's assassination in November 1963. However, that isn't correct. Kennedy's assassination occurred a year after the film's release and the movie had run its course playing mostly in second run theaters and drive-ins by late 1963. It wasn't pulled and was still playing on a couple screens in the U.S. in the winter of 1964. It aired on American television in 1965 and 1974 and was released on home video in 1988 to great acclaim. It was selected in 1994 for preservation in the United States National Film Registry by the Library of Congress as being "culturally, historically, or aesthetically significant".

The following weapons were used in the film The Manchurian Candidate: 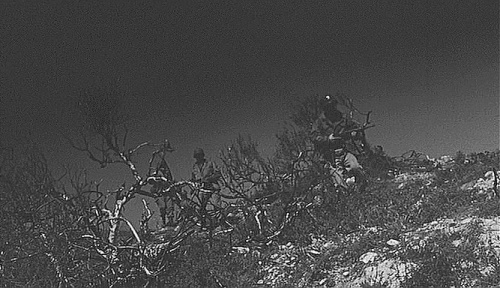 US soldier on the right carries the carbine. 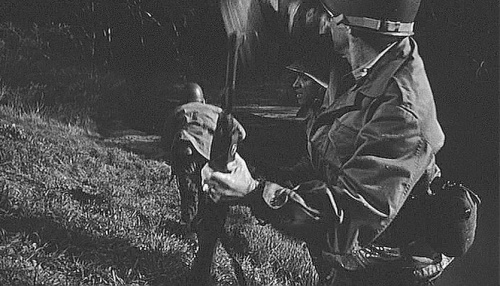 A US Army honor guard is seen carrying the M1 Garand when Raymond Shaw is greeted back in the States. It is also seen being carried by Corporal Melvin (James Edwards) on the patrol at the beginning of the film. 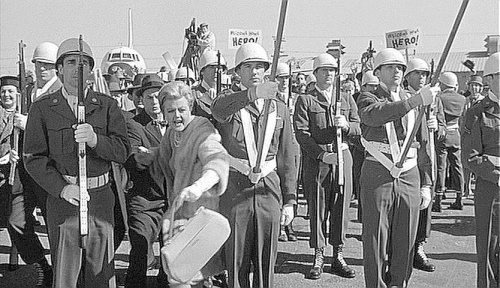 A US Army honor guard behind Mrs. Iselin (Angela Lansbury) is seen carrying the M1 Garand when Raymond Shaw is greeted back in the States.

Chinese guards in the back of the room during the brainwashing are clearly seen holding PPSh-41 submachine guns. 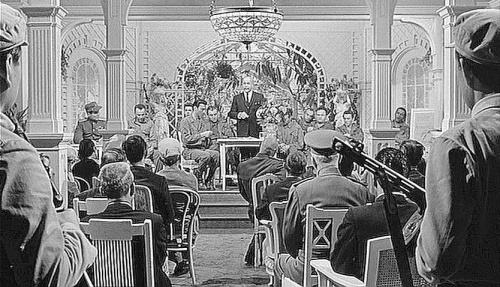 Bennett Marco (Frank Sinatra) hands Raymond Shaw (Laurence Harvey) a Walther P38 during the brainwashing scene. While it is more likely an American officer in the Korean War would carry an M1911A1, it's possible that the gun was simply one provided by the Chinese or a personal sidearm that Captain Marco picked up in World War II. 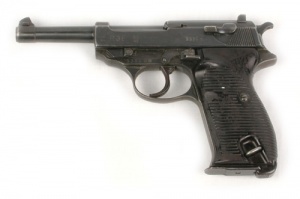 Walther P38 used by Frank Sinatra and Laurence Harvey in the film The Manchurian Candidate. Photo courtesy of the Long Mountain Outfitters. 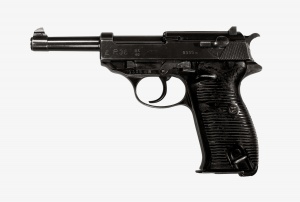 This is a Walther P38 handled by Frank Sinatra in The Manchurian Candidate. Thanks to James Georgopoulos. 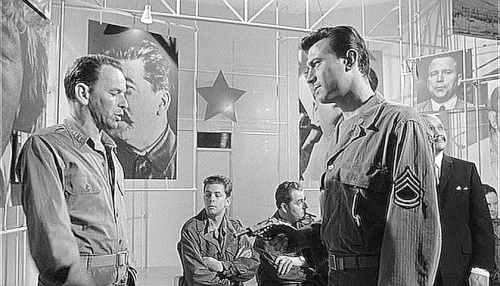 Raymond Shaw (Laurence Harvey) is seen with what appears to be a suppressed Colt Official Police revolver when he confronts Senator Jordan. 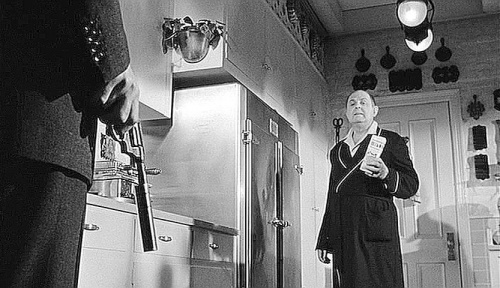 Senator Jordan is confronted by Shaw, who carries the Colt. 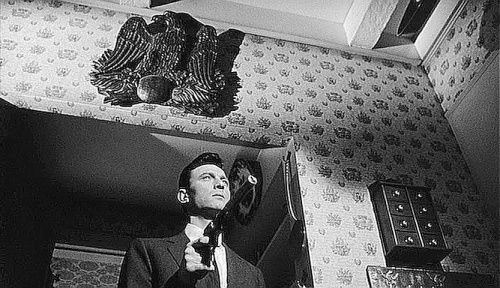 Shaw with the suppressed Colt. 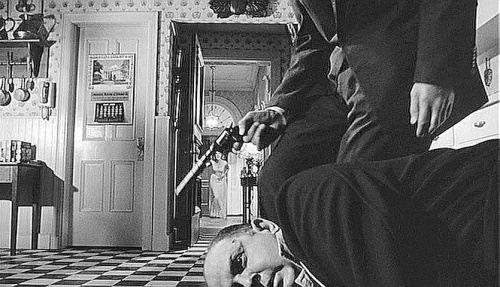 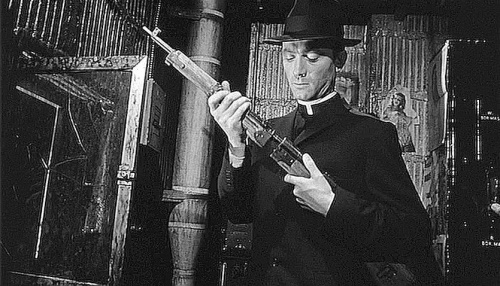 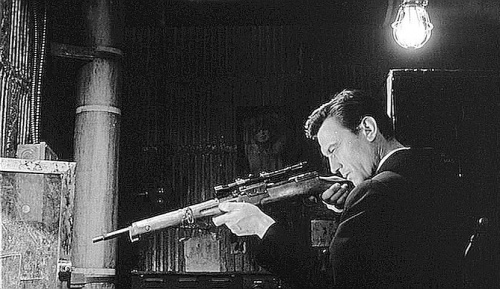 Shaw takes aim with the rifle.
Retrieved from "https://www.imfdb.org/index.php?title=Manchurian_Candidate,_The_(1962)&oldid=1477524"
Categories: