Legionnaire is a 1998 war film set in the year 1925 and starring Jean-Claude Van Damme as Alain Lefevre, a French boxer on the run from the Marseilles Mafia for refusing to fix a fight. Lefevre then joins the French Foreign Legion to escape the assassins who are trying to kill him. The decision puts Alain into the middle of the Rif War in French Morocco. The battles shown in the film are based upon real events. Abd-El Krim (Kamel Krifa) was a real-life leader of the Rif/Berber rebels who were trying to force the French out of North Africa. Though the film ends with Abd-El Krim victorious, in real life, after early defeats, the French and Spanish ultimately threw a quarter of a million troops at him and his rebels, and Abd-El Krim was defeated and exiled after a bloody 10 month campaign.

The following weapons were used in the film Legionnaire:

An Mle 1892 Revolver is carried by Capt. Rousselot (Kim Rømer), Lt. Charlier (Anders Peter Bro), and also given to Legionnaire Luther (Adewale Akinnuoye-Agbaje) as protection as he tries to sneak through enemy lines. 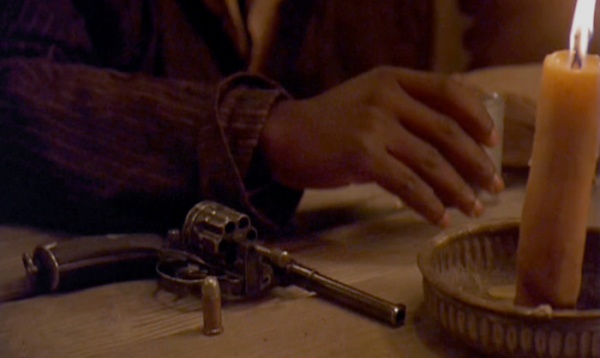 Luther (Adewale Akinnuoye-Agbaje) has a drink, while his Mle 1892 Revolver sits at his side. Note the cylinder swung out to the right, one of the few revolvers ever to be designed so. 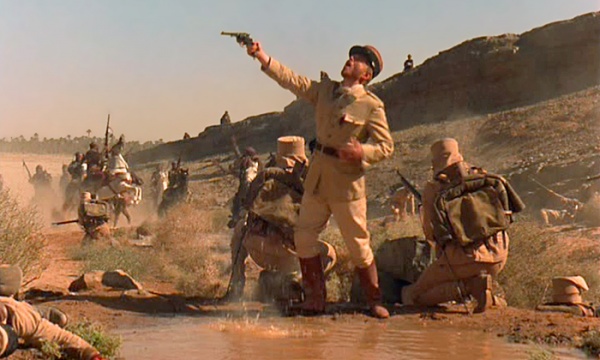 Lt. Charlier (Anders Peter Bro) is shot during a battle at the oasis, he is wielding his Mle 1892 Revolver

Sgt. Steinkampf (Steven Berkoff) and several other characters carry what appears to be a Colt New Service revolver, though this is uncertain. 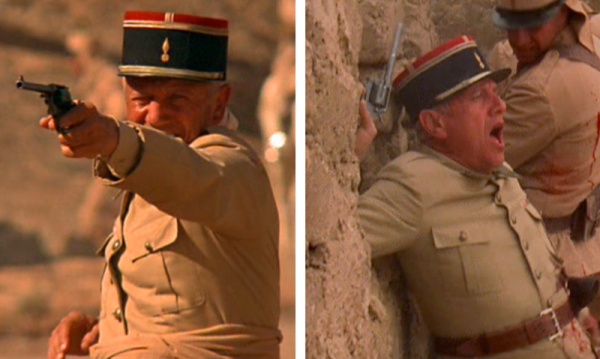 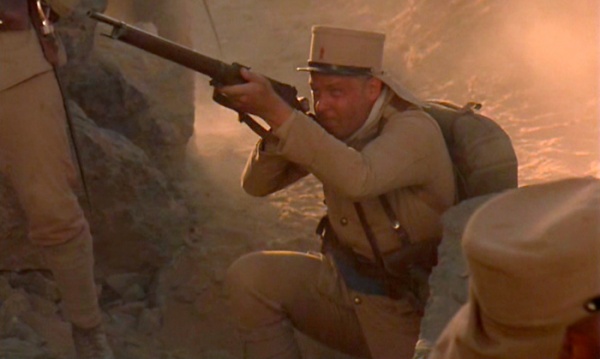 A Legionnaire fires his Lebel Model 1886 Rifle during a battle. 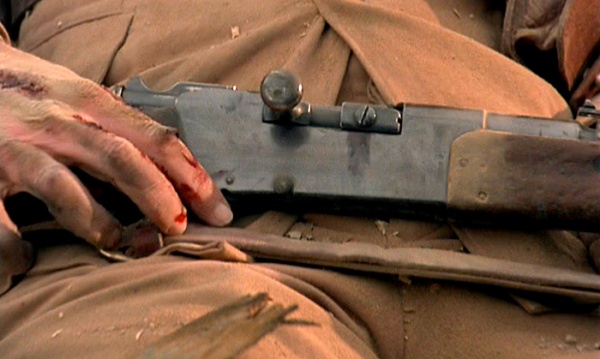 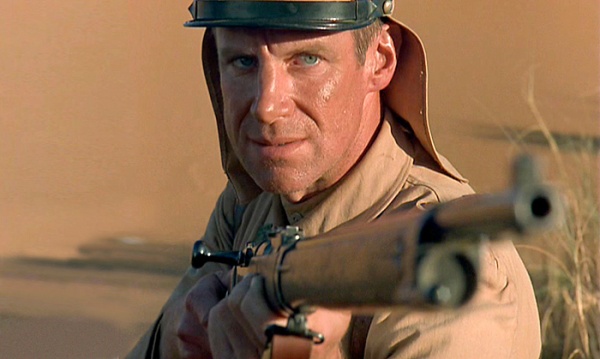 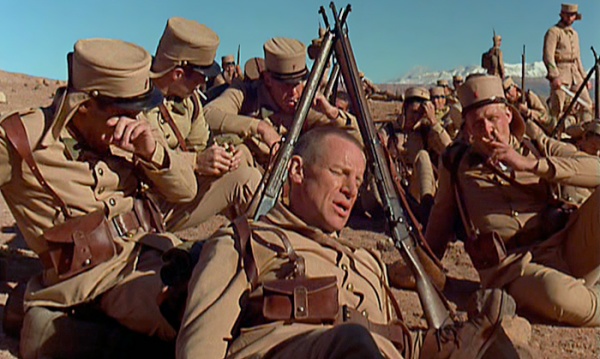 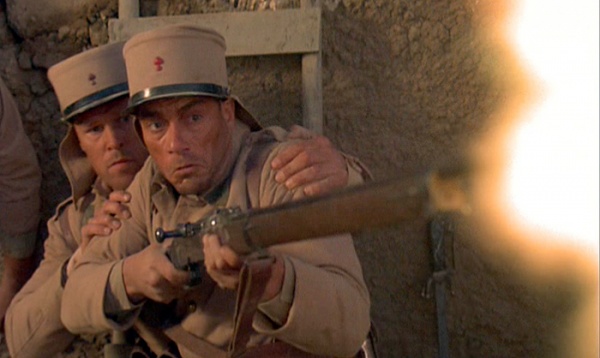 The Berber Horsemen mostly carry German Gewehr 98 rifles with a few other types of bolt action rifles of the period mixed in. Most obviously Abd-El Krim (Kamel Krifa) carries one throughout the film. 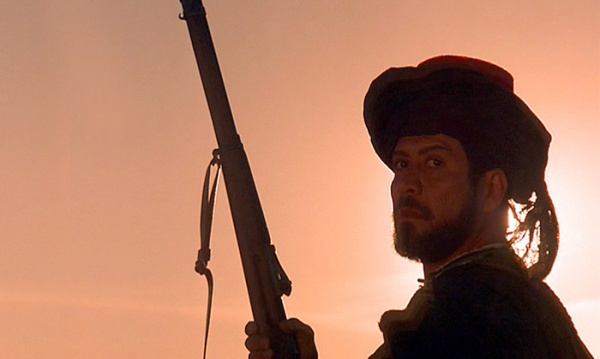 Abd-El Krim (Kamel Krifa) looks on at the end of the first battle with his Gewehr 98 rifle - 7.92x57mm Mauser 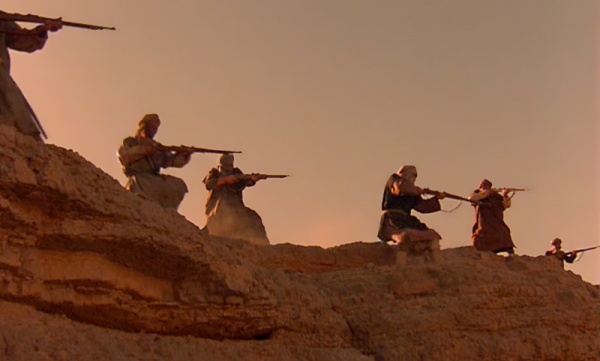 Vast majority of the Berber Horsemen use and fire Gewehr 98 rifle - 7.92x57mm Mauser 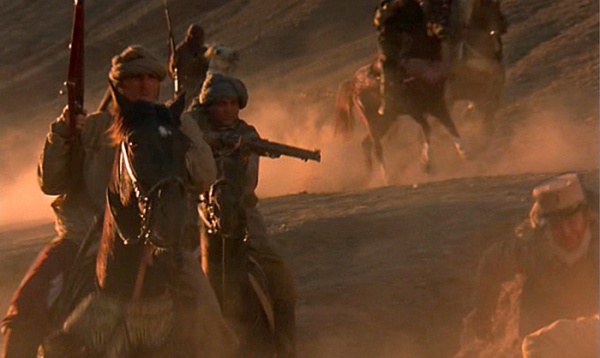 Some Berber Horsemen can be seen with Martini-Henry carbines.

Lewis Guns are used in Legionnaire training and mostly by Legionnaire Mackintosh (Nicholas Farrell) during the battles. Pvt. Alain Lefevre (Jean Claude Van Damme) also uses one at the end of the film. 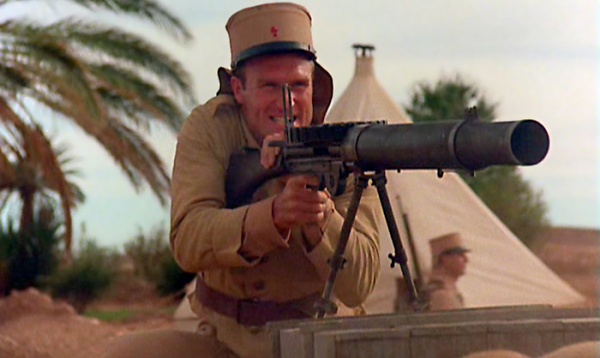 An NCO grins as he fires the Lewis gun over the heads of low crawling recruits during a brutal training session - .303 British 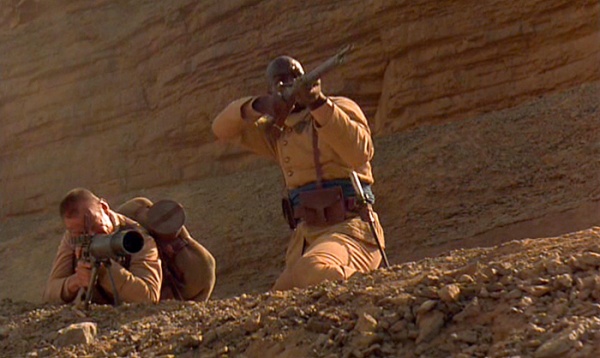 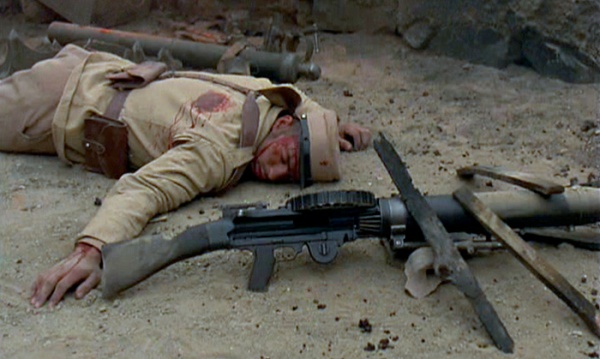 The Lewis gun lies by a dead legionnaire, just seconds before Alain Lefevre (Jean Claude Van Damme) runs to pick it up to use in the final battle. 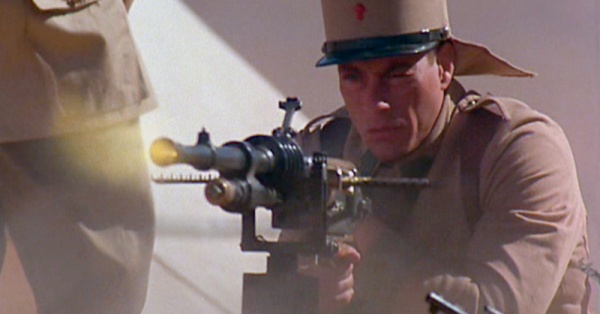 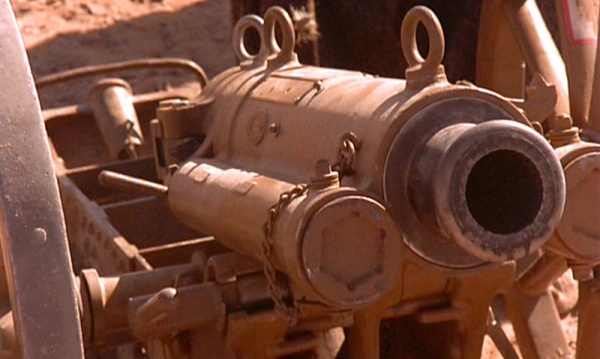 A Vickers-Maxim QF 2.95 inch mountain gun is rolled up by the Berber rebels. 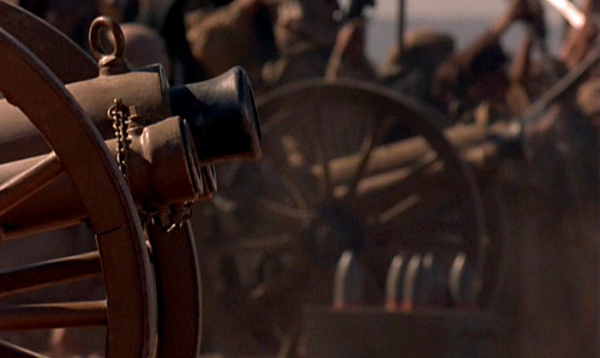 A line of Vickers-Maxim QF 2.95 inch mountain guns as the artillery troops bombard the French outpost.

A (to be determined) Mortar is used by the French Foreign Legion to emulate the French copy of the successful Stokes Mortar of World War 1. Since the events of the film are set in 1925, any munitions from the Great War are possible. (Note: It is NOT a U.S. Mortar, so it is one of the European versions). 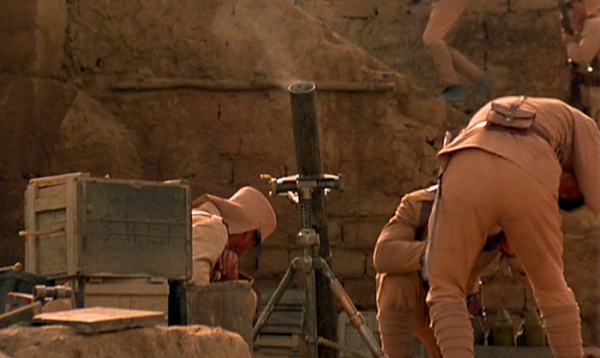 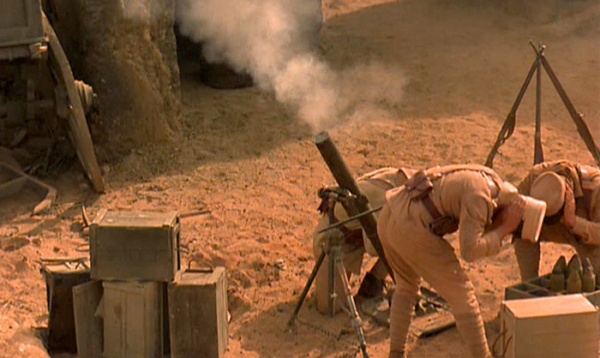 Prologue to the film:

At the height of its glory, the French Foreign Legion was made up of men widely regarded as the scum of the earth.
It was a mercenary army posted to colonies in Northern Africa and Southern Asia...
but its soldiers swore no allegiance to France, only to the legion and to each other.
The legion asked no questions about a man's past ... nor did it offer much hope for his future.
It was a hard way to get a second chance in life...