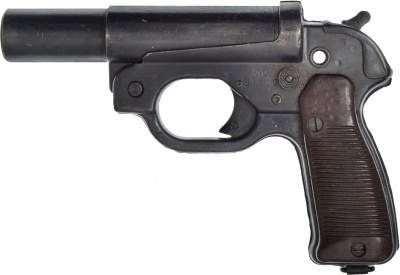 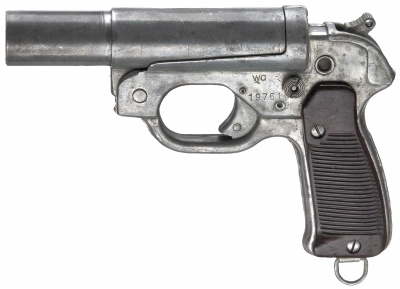 The Leuchtpistole 42, or LP 42 for short, was a WW2-era German flare gun. The LP 42 uses a simplified design compared to the Leuchtpistole in order to save costs and optimize production, being made out of stamped galvanized steel rather than being fully machined. The LP 42 is capable of firing all German WWII-era 27mm flares and flare gun-compatible projectiles, including smoke grenades, anti-personnel grenades, and anti-armor grenades.

The Leuchtpistole 42 and variants can be seen in the following films, television series, video games, and anime used by the following actors: