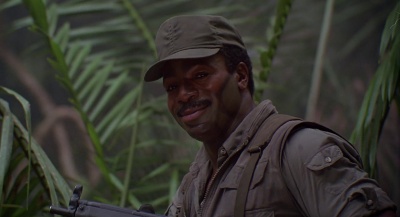 Carl Weathers with a converted HK94 as Dillon in Predator.

Carl Weathers is an American actor best known for his role as Apollo Creed in four Rocky films as well as his role as Dillon in 1987's Predator. He had a brief career in the NFL and CFL prior to beginning his acting career.