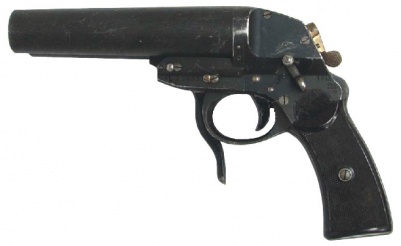 The Krieghoff Model L was a German World War II double barrelled flare pistol. It was manufactured by Krieghoff Waffenfabrik for the Luftwaffe and was also capable of firing a variety of grenades.

The Krieghoff Model L can be seen in the following films and television series: