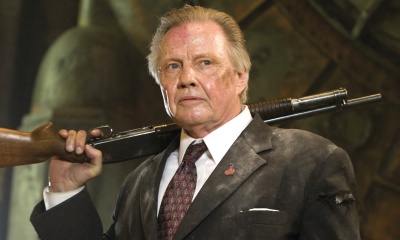 Jon Voight holds a SIG-Sauer P226 as NSA Deputy Director Reynolds in Enemy of the State (1998).

Jon Voight is an award-winning American actor who has starred in such films as Deliverance, The Odessa File, Transformers, Pearl Harbor and Coming Home, a film for which his portrayal of a returning paraplegic Vietnam veteran would garner him the Academy Award for Best Actor. In more recent years, he has regained notice for his portrayal of Mickey Donovan in the Showtime series Ray Donovan, for which he received consecutive Emmy Award nominations. He also is the father of Academy Award-winning actress Angelina Jolie.