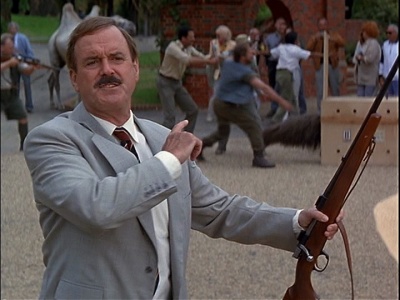 John Cleese with a Remington Model 700 as Rollo Lee in Fierce Creatures.