I Serve at the Border (Ya sluzhu na granitse) is a Soviet B&W 1974 (filmed 1973) movie directed by Naum Birman. The movie depicts the everyday life of Soviet Border Guard outpost. Pvt. Dmitriy Sedykh (Boris Shcherbakov) has problems during his service but at last he overcomes his drawbacks and perfectly shows himself in a dangerous situation during the capture of a trespasser.

The following weapons were used in the film I Serve at the Border (Ya sluzhu na granitse): 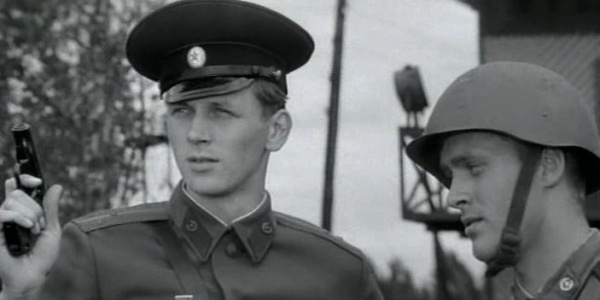 A close view of Borodin's pistol. 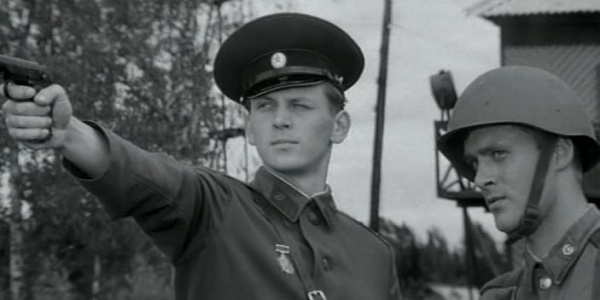 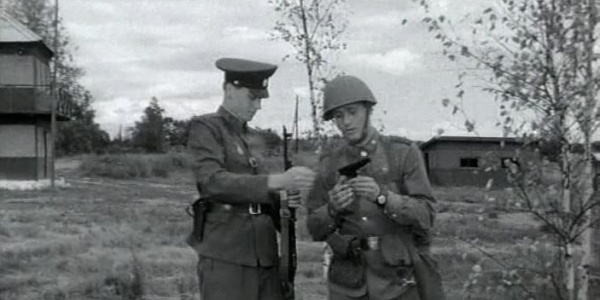 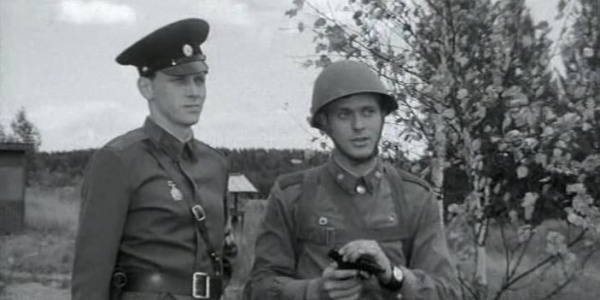 The pistol runs out of ammo. 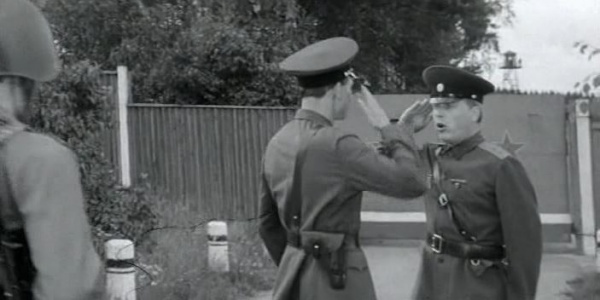 The commander of the outpost Maj. Grebnev (Borislav Brondukov) carries a PM holster (it seems to be flat and empty).

Soviet Border Guards are mainly armed with AKMs. Many have slant muzzle compensators removed, but the narrow front sights, gas tubes without vents and stamped receivers allow to identify them as AKMs rather than AK-47s. Versions with and without compenstators often switch to each other in same scenes due to continuity errors. 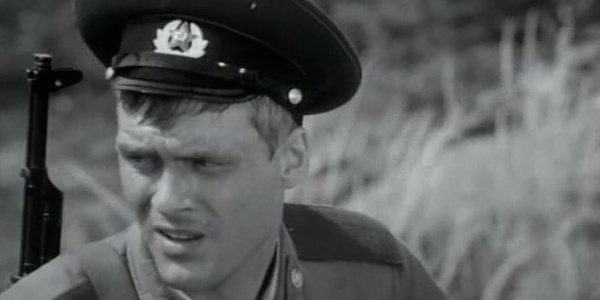 A border guard readies and loads his AKM. Note the stamped receiver and the fire selector that is different from AK-47. 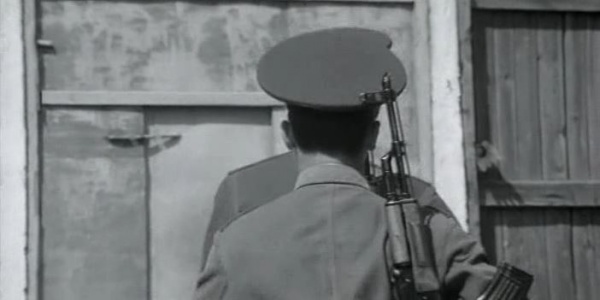 Border guards with AKMS. These guns are fitted with muzzle compensators. 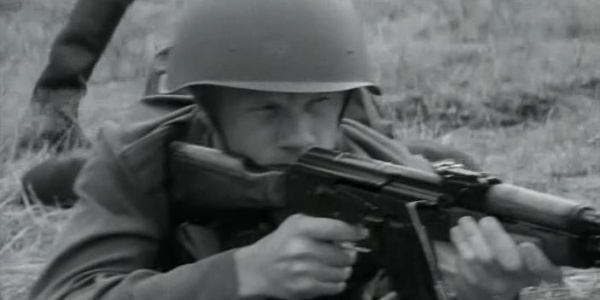 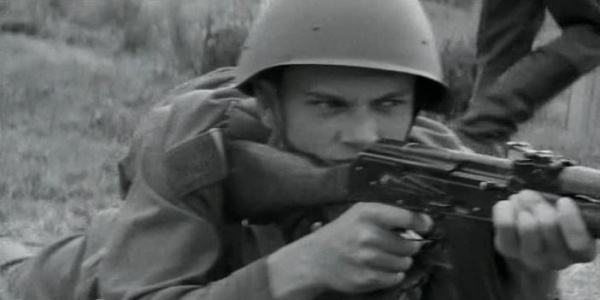 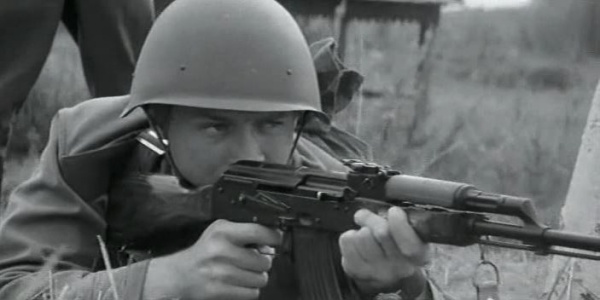 Pvt. Sedykh with AKM on shooting range. All AKMs seen in this scene lack muzzle compensators.

AKMs and 6Kh3 bayonets in scabbards in gun rack. 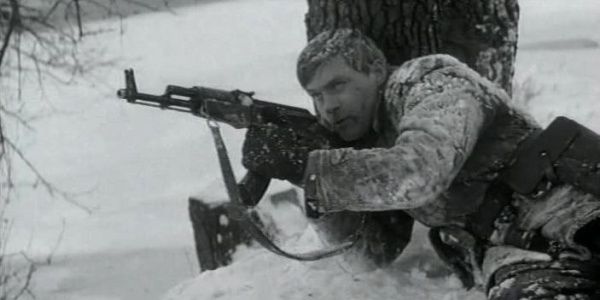 A border guard at the left carries an AKMS. 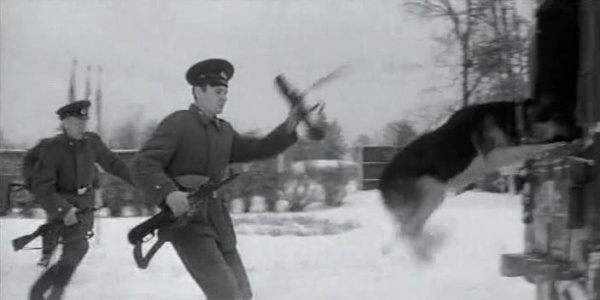 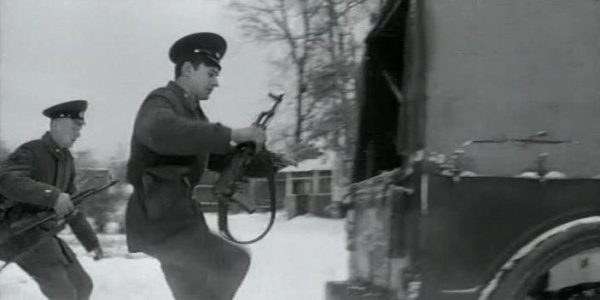 The border guards of unnamed foreign state are armed with Sturmgewehr 44, visually modified to resemble M16. As with other films of the period, for unknown reasons, these guns depict not the mass-production M16s, but early versions, in this case the Colt 601 with distinctive bright furniture (olive/brown/beige in different variations). These props, used by Lenfilm studio, are different from most often seen Mosfilm version of fake M16. 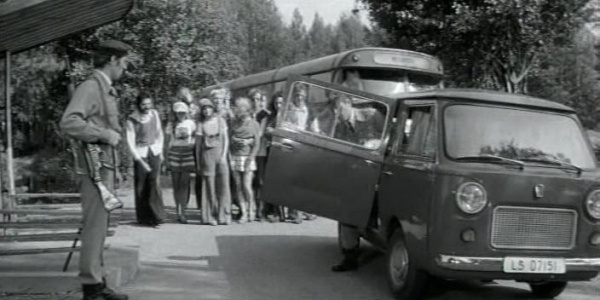 A border guard at the left carries a fake M16. Note the unmodified buttstock of StG 44. 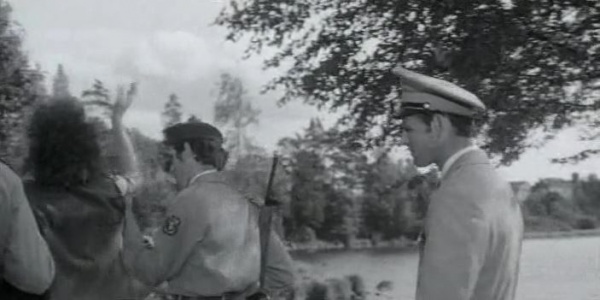 Another view of the barrel of fake M16.

In one scene Pvt. Dmitriy Sedykh (Boris Shcherbakov) uses a flare pistol that appears to be an OSP-30 (in reality in 1970s this flare pistol was long ago removed from service). 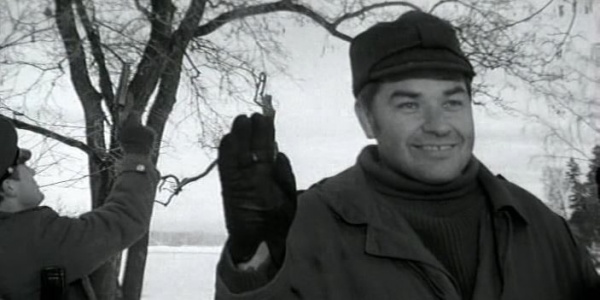 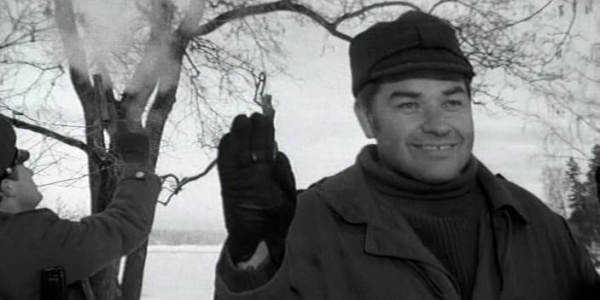 Sedykh fires a flare pistol (at the left), signalling that violation of the state border was detected. 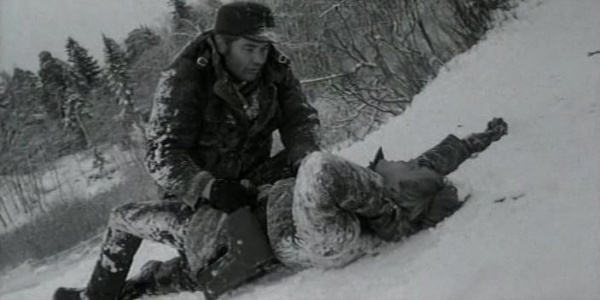 Sedykh's holster for flare pistol is seen during hand-to-hand fight with the trespasser (Igor Andronnikov).

The holster for flare pistol is seen.
Retrieved from "https://www.imfdb.org/index.php?title=I_Serve_at_the_Border_(Ya_sluzhu_na_granitse)&oldid=1430763"
Categories: