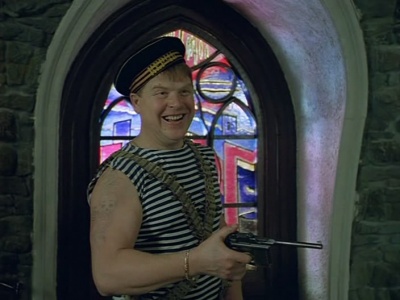 Mikhail Kokshenov holds a Mauser C96 as Kravchuk in Weather Is Good on Deribasovskaya, It Rains Again on Brighton Beach (1992).

Mikhail Mikhailovich Kokshenov (September 16, 1936 - June 4, 2020) was a Soviet and Russian actor and film director. He appeared mostly in comedy roles. His most notable role is Zakhar Kosykh in Zhenya, Zhenechka and "katyusha". In 2002 he was awarded the title of People's Artist of Russia.