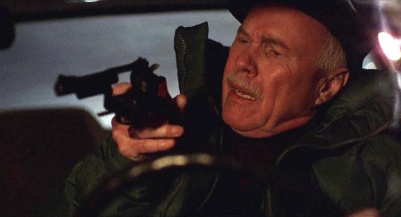 Harve Presnell was a burly, deep voiced actor who worked sporadically from the 1950s to the 1980s. His career really took off in the 1990s, appearing in such films as Fargo (1996), The Chamber, Saving Private Ryan as General Marshall, Face/Off, The Family Man and Flags of Our Fathers, and television shows such as Lois & Clark: The New Adventures of Superman, The Outer Limits, The Pretender, Charmed, Monk, ER and Cold Case. He passed away in 2009 at the age of 75 due to pancreatic cancer.