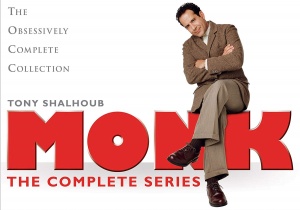 Monk was a USA Network original series that aired for 8 seasons from 2002 to 2009 and starred Tony Shalhoub as Adrian Monk, a former homicide inspector with the San Francisco Police Department who quit the force following the death of his wife in a car explosion that led to a worsening of the symptoms of his obsessive compulsive disorder. Monk, with the help of his nurse, now works for the department as a special consultant to solve cases while continuing to cope with his disorder.

The following lists the seasons of the series Monk: