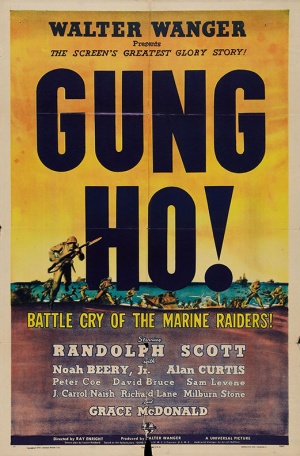 The following weapons were used in the film Gung Ho! (1943):

A IJA soldier attempts to use a Luger P08 (standing in for the Nambu Type 14) to ambush some Marines. 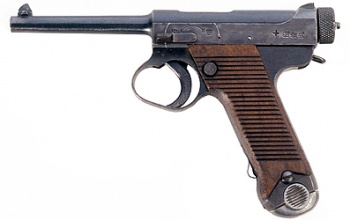 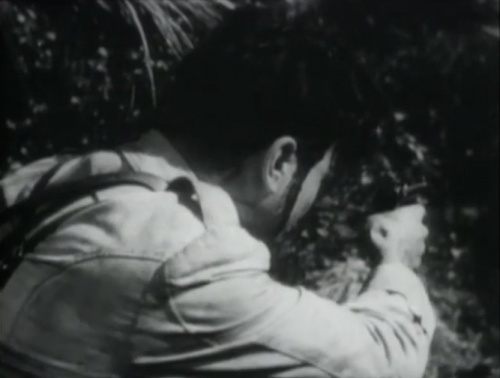 A IJA soldier about to fire his Luger P08.

A Marine is seen with a M1928A1 Thompson when the IJA ambush them on Makin Island. One is also used by "Pig-Iron" Matthews (Robert Mitchum) and Kozzarowski (Peter Coe) has his with a 50 round drum magazine which were never adopted by the US Military. At least one IJA soldier is seen with M1928A1 Thompson mocked up as a MP40, a mock up weapon that appeared in several Hollywood war films shot during World War II. 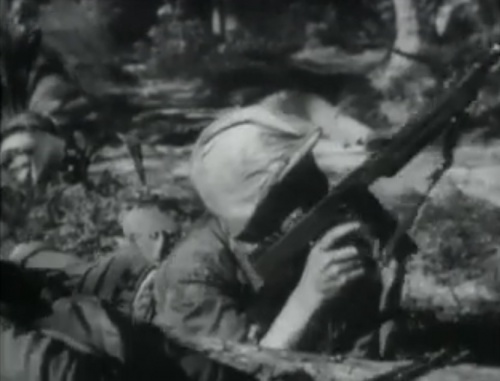 A Marine Raider firing his M1928A1 Thompson at a Japanese sniper. 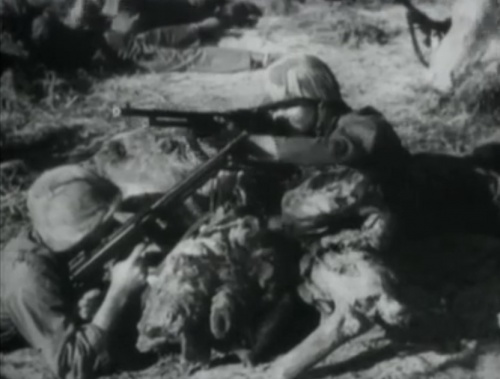 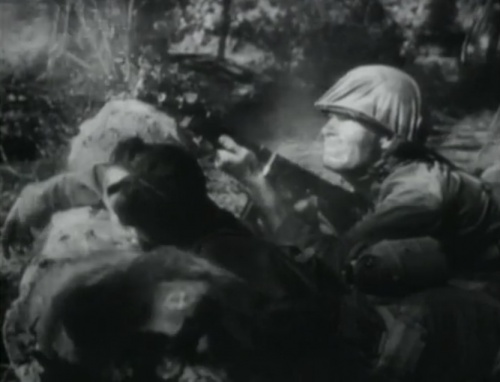 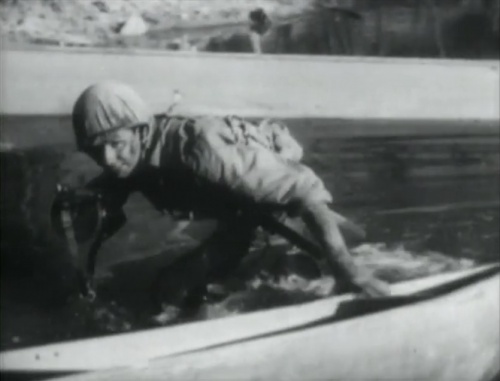 Kozzarowski (Peter Coe) with his Thompson. Note the 50 round drum magazine. 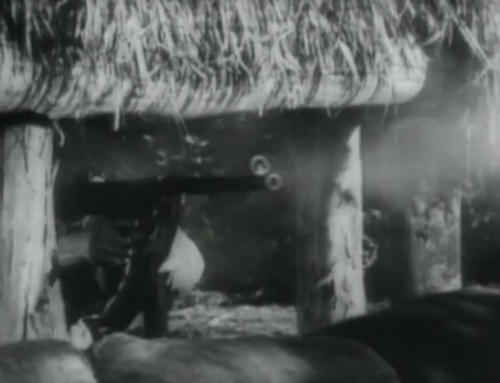 What appears to be Arisaka Type 99 rifles are seen in a photo of Chinese soldiers during Lieutenant Colonel Thorwald's (Randolph Scott) time with the Chinese Marines. 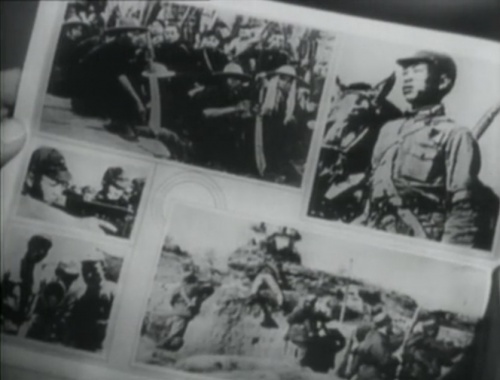 Marine Raiders in training are seen with M1903 Mk 1 Springfields. The Japanese also use them during the battle of Makin Island as a stand in for the Arisaka Type 99. 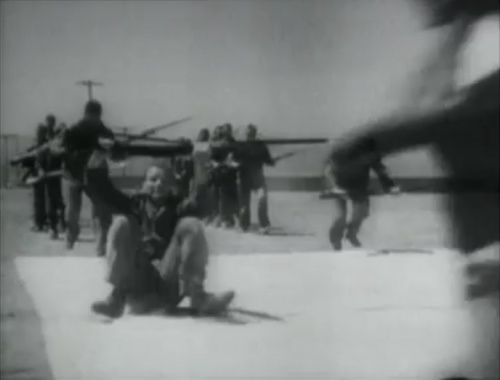 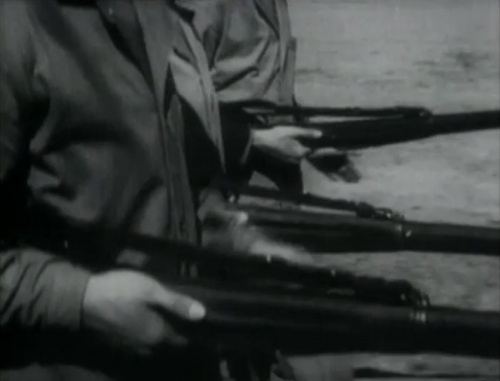 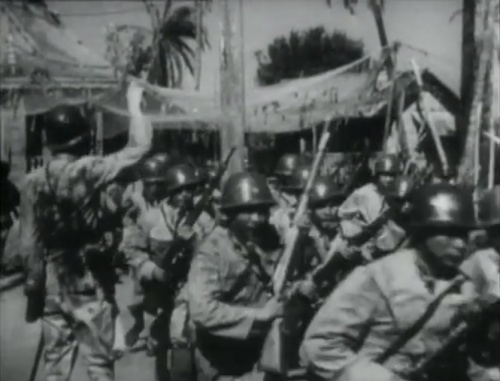 Japanese soldiers charge into battle with their Springfield.

A Marine Raider is briefly seen with a M1 Carbine. 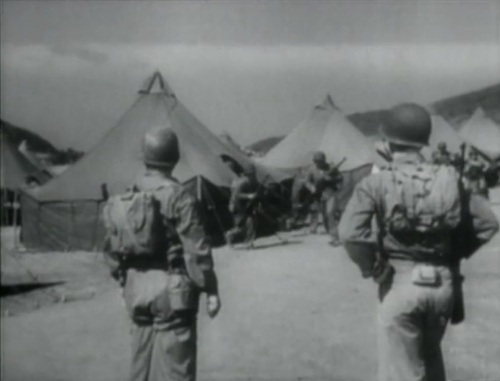 An M1 Carbine on a Marine Raider's back.

Marine Raiders in training and out in the field are also seen with M1 Garands. This is accurate as the Marine Raiders were issued Garands in 1942. 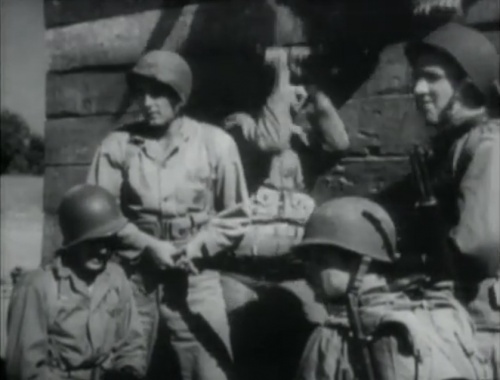 An M1 Garand on a Marine Raider's back during training. 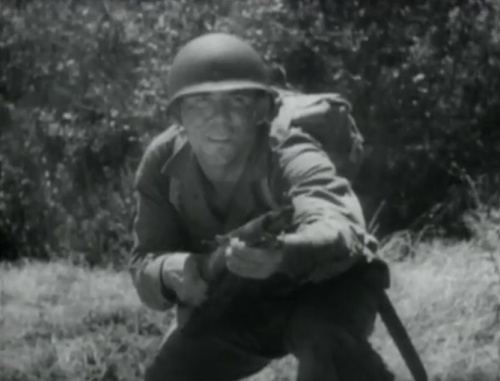 A Marine with his M1 Garand. 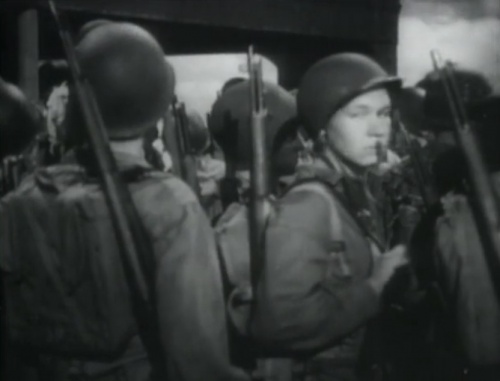 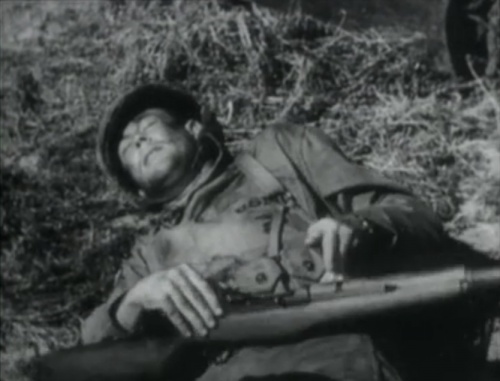 A dying Marine with his M1.

An IJA soldier can briefly be seen with a Mauser Gewehr 1898. 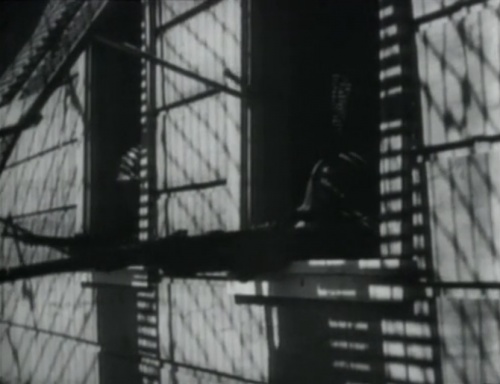 F4F Wildcats which mount Browning M2 Aircrafts are seen in archive footage. The fact they are seen used by Japanese pilots could mean the F4F is a stand in for the A6M "Zero" 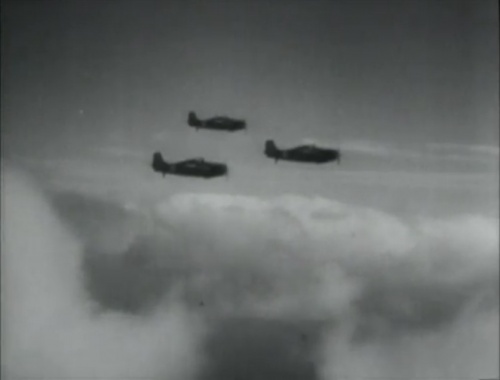 F4F Wildcats in the air.

A Marine can be seen with a Browning Automatic Rifle upon first landing on Makin Island. 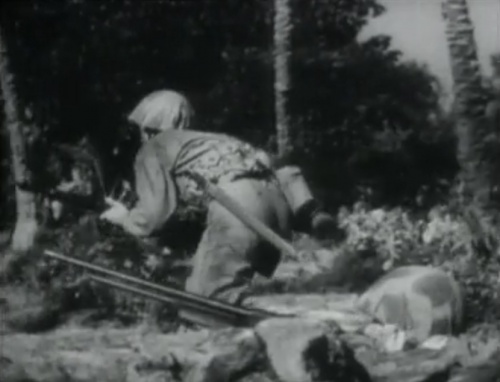 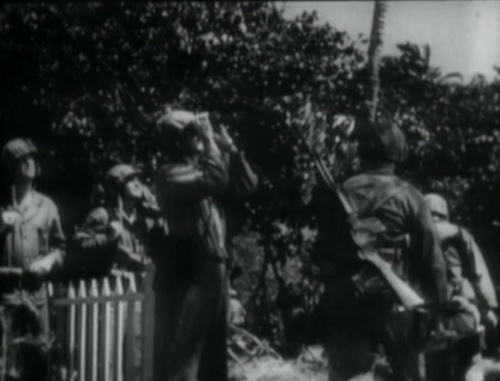 A Browning Automatic Rifle on a Raider's back. 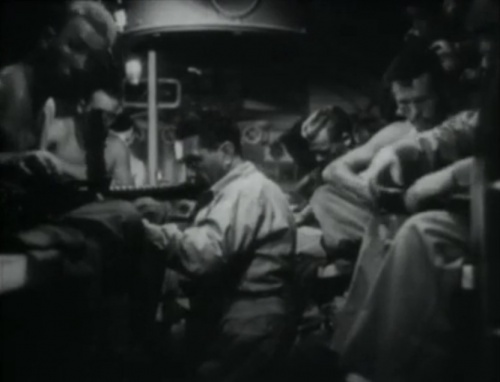 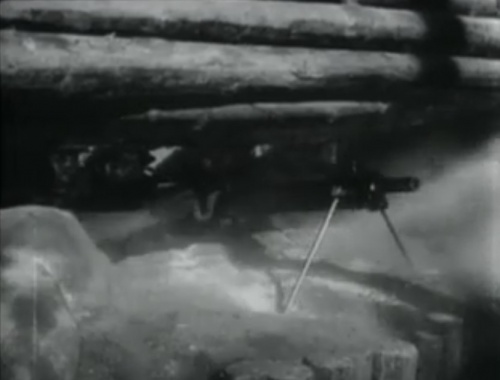 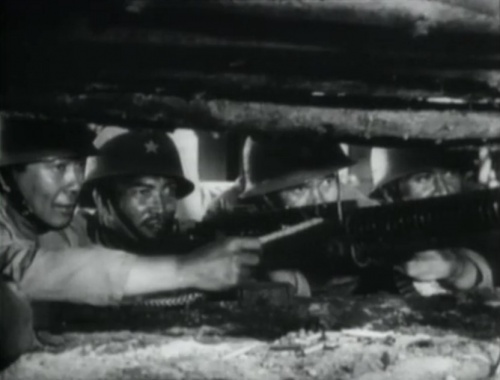 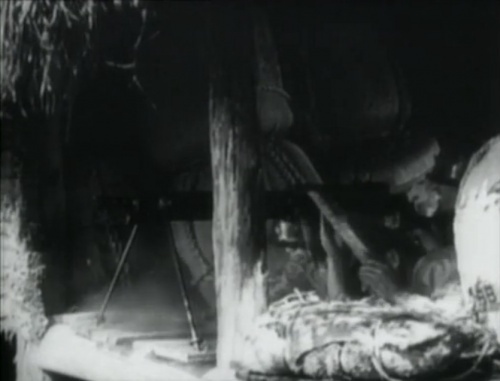 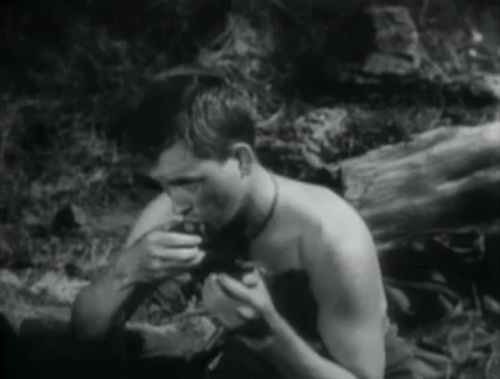 Pvt. Frankie Montana (Harold Landon) pulling the pin on his Mk 2 with his teeth.
Retrieved from "https://www.imfdb.org/index.php?title=Gung_Ho!_(1943)&oldid=1000434"
Categories: